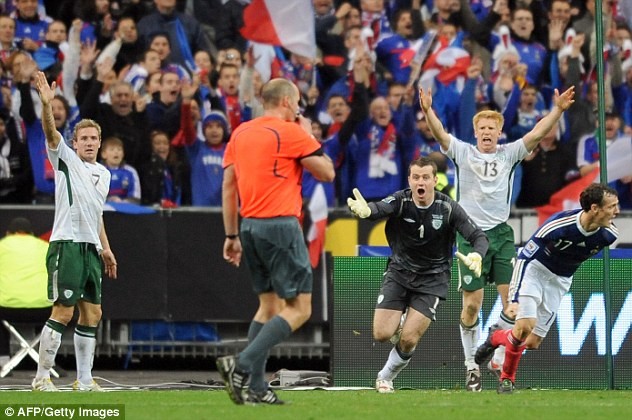 Martin O’Neill said Republic of Ireland had been “robbed” by the match officials after a late goal was disallowed in their 1-1 draw with Austria.

Jonathan Walters’ 85th-minute goal cancelled out Martin Hinteregger’s first-half opener in Sunday’s World Cup qualifying draw in Dublin – but the home side thought they had won it when Shane Duffy scrambled the ball over the line with three minutes left.

However, Spanish referee David Fernandez Borbalan instead gave Austria a free-kick, possibly for a foul by Duffy on full-back Stefan Lainer on the goal-line, and Republic of Ireland boss O’Neill was unimpressed with the decision.

“We genuinely feel robbed because it should have been a goal,” he told Sky Sports.

“The goal should have counted and even the Austrians are surprised themselves that it wasn’t given. 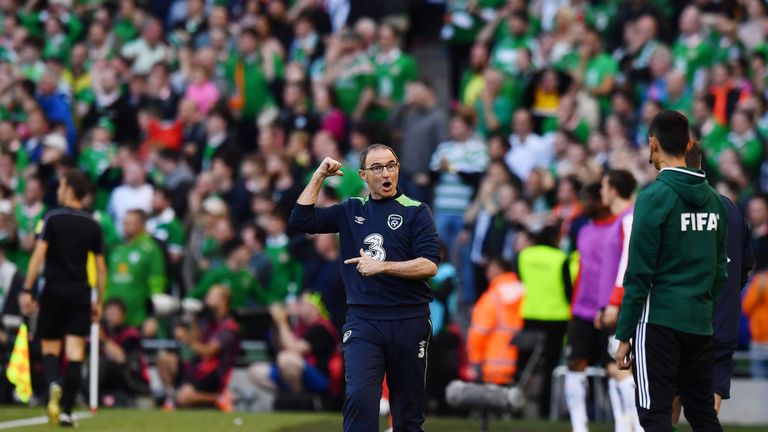 “I thought initially that the referee had given it. The linesman rushed up to the half-way line thinking the goal had been given and had to come back again.

The result sees Republic of Ireland move to 12 points from six matches in their battle with Serbia, Austria and Wales to qualify from Group D.

And O’Neill added: “It’s a tough old group that we’re in and you think that you should have the goal – it should have counted.

“I think the referee has had a poor afternoon, but that’s not to make up for the fact we didn’t do well enough in the first half.

“In the second half we were really brilliant.”

Winger James McLean was visibly angry when he spoke to Sky Sports after the game, saying: “I don’t want to get myself in trouble, but everyone’s watched the game and everyone’s clearly seen why we haven’t got the three points. We’re bitterly disappointed and rightly so.

“We’ve seen the replay back and at the time it was the same thing. You tell me what’s wrong with the goal. It’s a clear goal and it’s cost us three points.”

Jonathan Walters was frustrated the referee chalked off the goal

Goalscorer Walters was close to the incident and said: “The boy is 5’5” or 5’6” standing on the line and you’ve got big Duffy coming in, so there’s only going to be one winner there and I don’t think it’s a foul.

“A few of us thought he’d given it and then realised he’d given a free-kick. As a football person, you know it’s a goal.

“When someone is standing and someone like big Shane Duffy comes in like a train, there’s only one winner.”