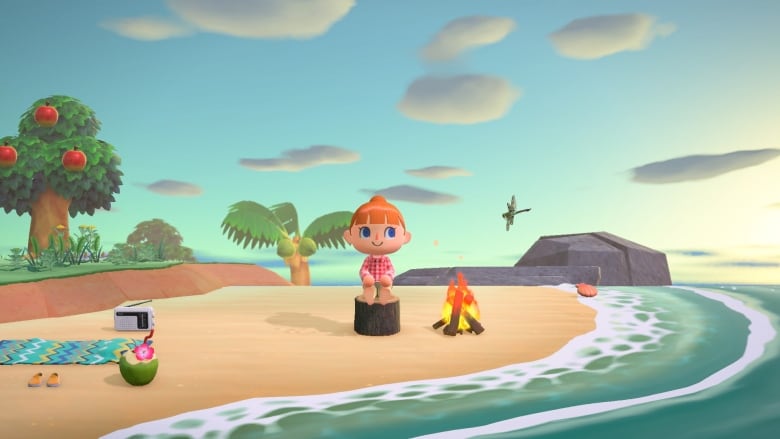 As an avid gamer, 38-year-old Steve Vomacha would often play the video game Fortnite, a multiplayer shooter game, for an hour each day just to unwind after work.

That was before the COVID-10 pandemic, back when Vomacha still had a job at a Saskatoon autobody shop, access to his kickboxing gym and fun places to take his three kids.

The unemployed father has tripled his gaming time in search of a “release” ever since pandemic restrictions came into effect in March.

“I wake up in the morning. I play some video games while I’m eating breakfast, then I do some of my [school] work, then go back to playing video games. Do a quick work-out; more video games,” Vomacha said, with a chuckle. “It’s a good escape for me.”

The shuttering of businesses and schools forced millions of existing and would-be gamers to stay home, prompting a spike in demand for what is already one of the most popular forms of entertainment on the planet and a multi-billion dollar industry. People aren’t just buying and playing games like never before, they’re also tuning in as spectators to stream highly-skilled players do battle in various esports, also known as competitive gaming.

With so many other sports cancelled, it’s also about embracing the one sports realm that could flourish in a physical distancing world.

Game spending totalled a record-breaking $10.5 billion US in April 2020, according to Nielsen’s SuperData. That same month, gamers scrambled like never before to buy hardware, like the new Nintendo Switch, Xbox Ones, and PlayStation 4s, according to NPD Group, an industry tracking firm.

Blockbuster games like Nintendo’s Animal Crossing and Playstation 4’s Final Fantasy VII Remake, both released during the pandemic, have soared in popularity, and there’s much anticipation for the PS4 action-adventure game The Last of Us Part II, set for release on June 19.

Websites that track gaming activity reported a record number of concurrent players and spectators in March and April, with numbers dipping slightly from that peak in more recent weeks.

“As people have been forced indoors, usage has skyrocketed, popularity has skyrocketed,” said Adrian Montgomery, CEO of Enthusiast Gaming, a video game media and eSports company in Toronto.

Enthusiast Gaming is reporting a “dramatic surge” in traffic — up 25 to 40 per cent — on its gaming-related websites and YouTube channels since early March. Montgomery said the pandemic hasn’t increased how many gamers it serves — about 160 million unique visitors a month — but rather how much time existing gamers are spending on their hobby.

Video games are the new social network. It’s how you make friends. It’s how you connect with your friends every night.– Adrian Montgomery, CEO of Enthusiast Gaming

“They have doubled down on their passion through the pandemic and just spent more and more and more time on our sites,” Montgomery said.

Noodlecake Studios, a Saskatoon-based mobile gaming company that develops and publishes video games, is reporting a 20 per cent boost in free downloads in March and April. In-game analytics also reveal that people are playing much longer than usual.

The company, best known for its free golf creations Super Stickman Golf and Golf Blitz, makes its money from sustained use and in-game purchases. Ryan Holowaty, Noodlecake’s head of marketing, said he’ll be watching to see whether new players stick around long-term.

“The longer that a player stays within a game the more likely they are to purchase items because they like it and they want to keep playing,” he said. So, you can see kind of a direct tie to to the engagement of a player to the revenue.”

Industry insiders and analysts seem to agree that while gamers want to game, the surge in popularity during the pandemic is directly related to people’s desire for human connection.

“Video games are the new social network. It’s how you make friends. It’s how you connect with your friends every night,” Enthusiast Gaming’s Montgomery said. “As young people, like all of us, have been unable to meet up in person they’ve been able to continue to meet up online over video games.”

Steve Vomacha is proof of that.

He lives in a downtown Saskatoon apartment and teams up online with his 10-year-old son Harley, who lives with his mother in the suburbs, to play Fortnite together from their separate locations. They talk and laugh on headsets, and often play with Harley’s friends.

“Video games is totally Harley’s thing. So that’s how him and I connect,” Vomacha said. “I’ve also had a chance to play with his friends, and get to know them, and I wouldn’t have had this opportunity if it wasn’t for, unfortunately, the coronavirus.”

‘The show has gone on’

Esports has continued at a time when other professional sports have been suspended.

Large in-person events, such as esports championships staged in packed stadiums, have been cancelled. However, video game competitions are better positioned to return to their online roots than other professional sports leagues, said Montgomery, whose company owns several professional esports teams.

Esports betting has taken off even more during the pandemic, he added.

“The show has gone on,” said Montgomery. “Esports has filled a void for content right now for sports content.”

University of Regina computer science professor David Gerhard has observed that people have been drawn to esports that highlight other professional sports which have been suspended — including NASCAR, football, soccer, and hockey.

I dropped out of university to pursue it. So I kinda got to give it my best​​​​​​.– Travis Letwiniuk, aspiring professional gamer

Gerhard said esports competitions are likely the only high-level sporting events which can “carry on more or less unchanged with the distancing restrictions.”

That’s what aspiring pro-gamer Travis Letwiniuk is counting on.

The Saskatoon man’s skill at Overwatch, a team-based multiplayer shooter game, earned him a full scholarship to play on Harrisburg University’s esports varsity team in Pennsylvania in 2018. Letwiniuk competed on stage in front of cheering crowds in LAN events, where multiple players connect on a local area network (LAN) to compete in the same location.

In May, after the pandemic was well under way, Letwiniuk decided to move home to Canada to pursue a career as a professional gamer. He was confident that esports competitions would continue with online tournaments. The biggest challenges so far have been internet speeds and time zone differences.

“I’m really hoping that esports just takes off … I’m hoping to see it more on television, more on radio being broadcast with commentators, like hockey or football,” he said.

Letwiniuk — who goes by “AutumnSouls” in Overwatch — plays for 10 to 12 hours a day in his Calgary apartment.

“I dropped out of university to pursue it. So I kinda got to give it my best,” he said. “It’s basically a full-time job in terms of hours. The money’s not there just yet.”

Even after he returns to work, he plans to carve out enough playing time to stay connected with his children.

He said his son, Harley, and his son’s friends are spending so much time playing video games at the moment that he can’t keep up.

“I can tell their skill level has gone up way higher. Like, before I was getting whooped a little bit by the younger generation, and now I’m really getting whooped.”