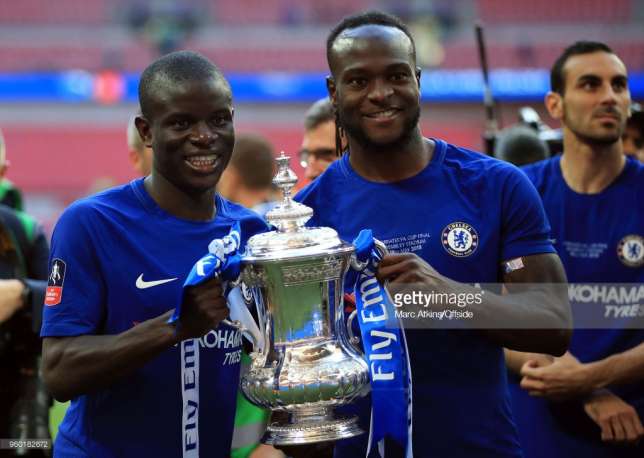 Super Eagles star Victor Moses is an FA Cup winner following Chelsea 1-0 win over Manchester United in the final on Saturday, May 19.

Eden Hazard scored from the penalty spot in the first half after he was fouled in the box by Phil Jones.

This is the second straight year the 26-year-old wing-back will be playing in the final of the FA Cup, he was sent off in last year’s final against Arsenal following a second yellow card for diving. Chelsea lost that game 2-1.

He now adds the FA Cup to the Premier League title he won last season and the 2013 Europa League all with Chelsea. The Super Eagles star also has an African Cup of Nations (AFCON) medal which he won with Nigeria in 2013  to his name.

Moses joined Chelsea in the summer of 2012 and spent the 2013 season with the then reigning European Champions.

Unable to secure a regular place in the squad, he went way on loan at Liverpool, Stoke City and West Ham before returning to play a pivotal role in their Premier League winning 2016/2017 season.