Vaccine etiquette: What’s safe to ask others and what’s off the table 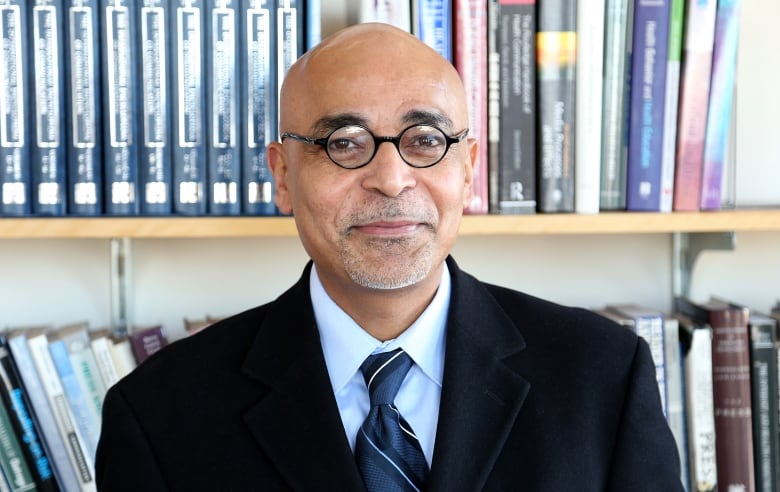 The advent of COVID-19 vaccines has provided hope that there will soon be a return to something closer to what we remember as being “normal.”

But with the shot has come a whole new set of experiences and dilemmas.

What kinds of things is it OK to ask people about the vaccine? Is it fair to ask someone how they managed to get the shot before you? What if someone asks you how you qualified and you don’t want to say?

And what about that social get-together down the road? Will it be acceptable to ask if everyone attending has had a vaccine? Is a workplace meeting any different?

We asked a couple of experts to help navigate these unfamiliar waters.

Can you ask why someone qualified for a dose before you?

In many countries, including Canada, vaccines have been distributed through a system of defined eligibility. Certain factors — such as being a health-care worker or living in a community deemed to be high risk — put some people at the front of the line. After that, age was often the next factor in determining who could get vaccinated, with the oldest among us qualifying first.

So what about that seemingly healthy 30-year-old who got the shot early on, back in March?

“Personally, I would not ask,” said Nancy Kosik, a certified etiquette expert and protocol/event officer based in Montreal, “because you don’t know what the answer is going to be.”

By asking, she says, you could be putting someone in a position of feeling they need to disclose personal health information. “There’s no point in it. What do you plan to gain from that?” she said.

“It’s kind of an honour system,” said K. “Vish” Viswanath, a professor of health communication at the Harvard T.H. Chan School of Public Health in Boston.

He says governments have to be “totally, completely open about how people are eligible for this vaccination.”

If that happens, and everyone understands the rules, Viswanath says, then if he notices that his neighbour gets the vaccine before he does, he doesn’t need to ask why or how, “because I take it for granted that they may have comorbidities,” which make them eligible for a shot.

What if someone asks you?

If you’re the one who received a dose earlier than others and someone asks how you qualified sooner, Kosik says, you don’t need to feel obligated to explain.

“You don’t need to get into details because, you know, you can’t make everybody happy. People are always going to criticize.”

But she says, “you don’t want to appear secretive.” She suggests answering in a general way: “It’s work related” or “It’s actually health related.”

Can you ask if people are vaccinated before a gathering?

“This is information that might come up, especially in the beginning, in order for people to feel comfortable,” Kosik said, “because it’s your right and your choice to attend to your health. It’s your body.”

She says it’s important to remember that vaccine etiquette is new and everyone is trying to figure out the right way to approach the situation.

Viswanath points out that asking actually contributes to the greater good and health of all.

“I would opt for honesty and openness, politely, rather than worry about [offending people] and unwittingly be a part of this transmission,” he said.

And if you’re the one on the receiving end of the invitation and the host asks if you’ve been vaccinated? Tell the truth, Kosik advises.

“You don’t want to be lying to people. People are making important decisions about their own health and their family’s health. So definitely do not lie about it.”

What about when we return to work?

At some point, most people who have been working from home will return to their workplaces, even if it’s for just a day or two a week.

Viswanath says it will be up to those workplaces to make the rules very clear about whether people are required to be vaccinated or wear a mask around others.

But Kosik says individuals themselves can go a long way toward making potentially uncomfortable situations with colleagues a bit easier.

WATCH | Will we ever go back to shaking hands?:

Etiquette instructor Julie Blais-Comeau talks about why the handshake is so important and why it might make a comeback after the pandemic is over. 1:44

“We’re going to start meeting people. Those doors are going to start opening, slowly but surely, in the next few months and towards the end of the year.” She suggests that if you feel comfortable doing so, share the fact that you have been vaccinated with the people you will be around.

What if someone tells you they refuse to get vaccinated?

This can be one of the most difficult situations to deal with — whether with family or friends.

In Canada, vaccine uptake is quite strong. According to the most recent survey by the Angus Reid Institute, 71 per cent of Canadians have either had their first dose of a COVID-19 vaccine or would like to be inoculated as soon as possible.

But in some parts of the country, there is greater hesitancy. In Alberta, for example, about 30 per cent of people say they will not be vaccinated or are unsure about it — roughly double the national average of 16 per cent.

Viswanath says if someone is firmly opposed to the vaccine, it’s probably not worth trying to convince them. But if they are simply hesitant about the COVID-19 shot, he advises patience and openness. Listen to them and find out what their concern is.

“They may have concerns that you try to address as best as you can,” he said.

“You just have to keep engaging them. I really, really strongly believe this,” he said. “This is a time when you can’t turn your back away from people…. They will be receptive at some point.”