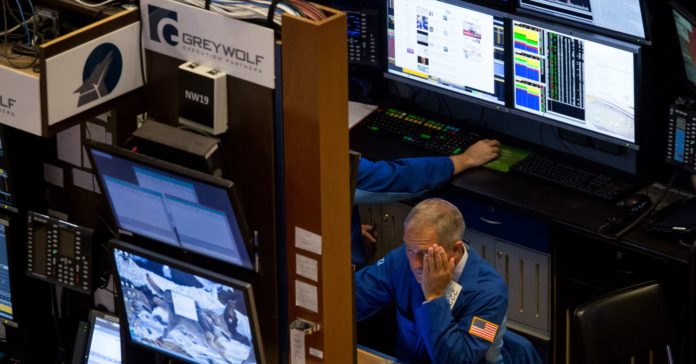 In politics, market focus is largely attuned to Brexit developments, amid heightened fears the U.K. could soon crash out of the European Union without a divorce deal. The British pound suffered its biggest one-day loss against the euro since October 2016 on Thursday, as a flurry of resignations rocked the government of U.K. Prime Minister Theresa May.

Back home, investors continue to monitor developments in U.S.-China trade talks. On Thursday, a senior Trump administration official told Reuters that China’s written response to U.S. demands for trade reforms is unlikely to trigger a breakthrough at talks between President Donald Trump and Xi Jinping later this month.

A number of economic data are expected on Friday. Industrial production numbers are expected to be released at 9:15 a.m. ET, followed by a Quarterly Services Report at 10 a.m. ET, a Kansas City Fed Manufacturing Index at 11 a.m. ET and a Baker-Hughes Rig Count at 1:00 p.m. ET.

At 11:30 a.m. ET, Chicago Federal Reserve Bank President Charles Evans is due to speak about current economic conditions and monetary policy at a roundtable in Chicago.

No auctions are scheduled for Friday.