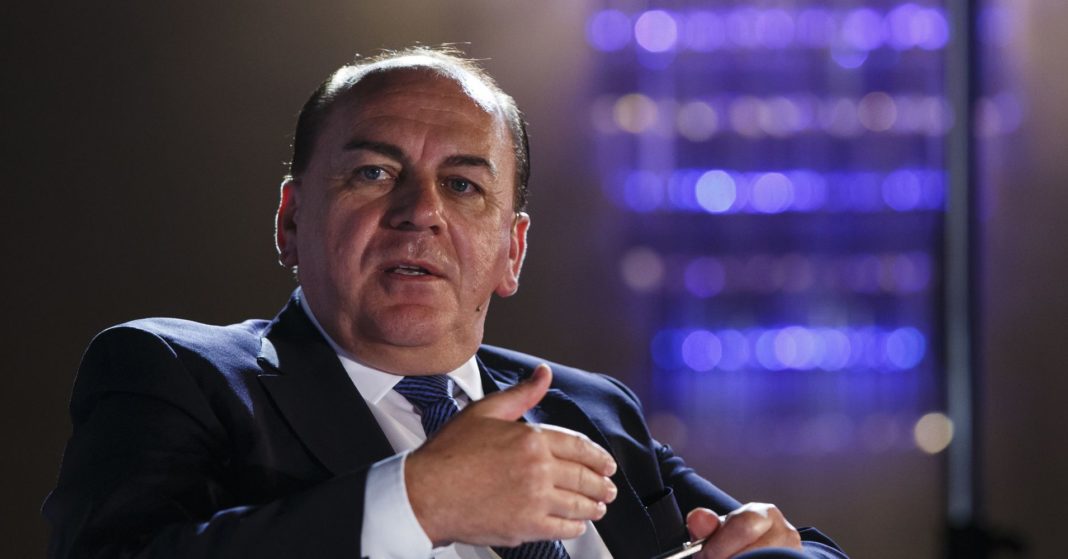 The chairman of UBS has told CNBC that the worst thing for investors to do is sell stocks and markets still have room to grow.

This week stocks have tumbled on the back of concerns surrounding global economic growth and rising interest rates. The International Monetary Fund (IMF) warned earlier this week that simmering trade tensions, such as those between the U.S. and China, could lead to a “sudden deterioration in risk sentiment.”

The Dow Jones Industrial Average closed 831.83 points lower on Wednesday, posting its third largest one-day fall of 2018. The sell-off in Wall Street quickly spread to global stocks overnight with the VIX (the CBOE Volatility Index), which is a seen as a fear gauge for the market, hitting a six-month high of 24.1 points on Thursday. Meanwhile, Dow Futures pointed to a triple-digit dive ahead of Thursday’s open.

Speaking at the IMF-World Bank meeting in Bali on Thursday, UBS Chairman Axel Weber told CNBC’s Geoff Cutmore that investor mood has flipped from one extreme to another.

“When I was in Davos the mood in the market was overly-optimistic,” said before adding “I think when I look at the markets now, people are on the other side, they are too pessimistic.”

The former central banker said there was probably at least one or two years of growth in the global economy and that selling your portfolio to park cash was a bad idea.

“The worst thing you can do right now is get out of the markets. What you should do is be diversified. You should spread your investments because certain market segments like emerging markets are correcting stronger than others,” he said.

Weber added that he recognized global growth was in a late cycle phase, but he did not expect to see a global economic recession and that UBS was set to remain overweight in its equity allocation.

Noting that the risk of a trade war was real, Weber added that investors should recognize that the rhetoric from Washington and Beijing would likely have a short-term impact.

“I think investors have been spooked. I think it is an overreaction to policy noise and policy noise is always short term,” he said.