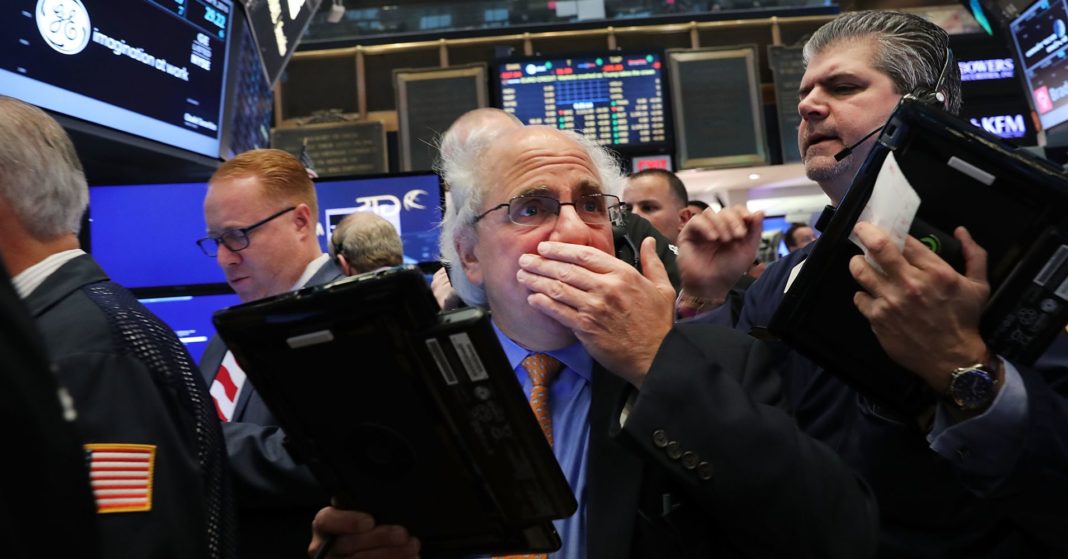 Equity markets around the globe are seeing red Thursday, after the Dow Jones industrial average sank more than 800 points in the previous session as concerns around rising rates continued to batter markets. On Thursday, Asia-Pacific stocks saw sharp declines by the region’s market close, while European shares tumbled as the equity sell-off spilled into markets worldwide.

In previous sessions, U.S. treasury yields have been keeping investors on their toes. On Wednesday, treasury debt yields retreated somewhat, after the benchmark 10-year Treasury yield clinched a fresh seven-year high on Tuesday and the 30-year bond yield reached its highest since 2014. On Thursday, treasury yields posted solid declines.

Concerns surrounding rising interest rates continue to keep investors on edge, as strong economic data adds concerns over what this could mean for the future of U.S. monetary policy and therefore the economy.

While there are no major officials from the U.S. Federal Reserve speaking on Thursday, the central bank continues to make headlines. On Wednesday, President Donald Trump criticized the Fed’s strategy on more than one occasion, saying that the institution was “making a mistake” after he walked off Air Force One for a rally in Pennsylvania. In a telephone interview with Fox News meantime, he said he wasn’t happy with the Fed, and that it was “going loco” and there was no reason for them to continue to raise rates at the pace they were doing.

On the corporate front, Walgreens Boots Alliance and Delta are set to publish its latest earnings results.

Investors will also be bracing for any news out of the U.S. administration, as the midterm elections – due in November – draw closer.