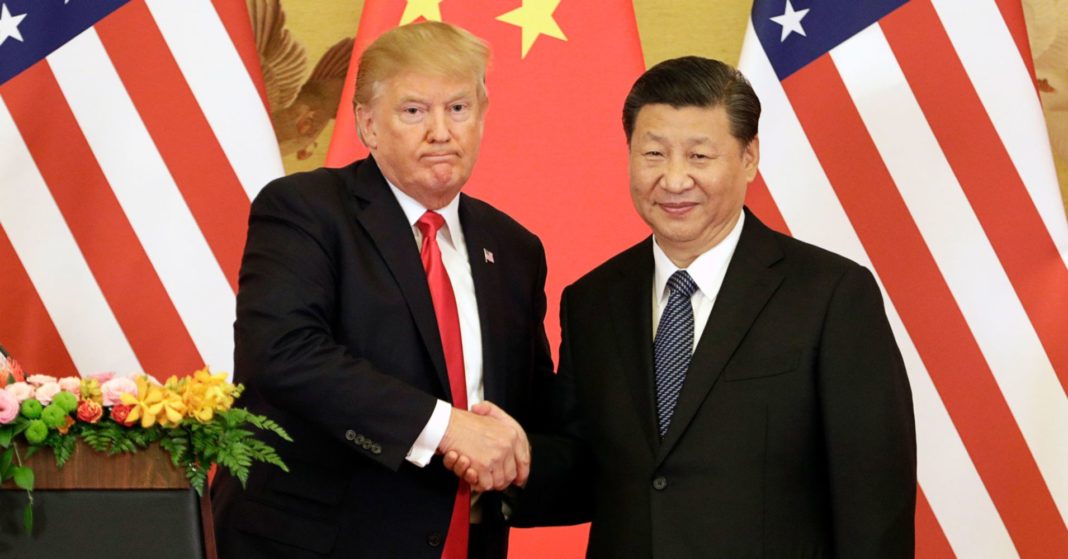 The coming week could be an important turning point for two big fear factors for markets — trade wars and rising interest rates.

The big event of the week, and one that could impact markets and the economy for months to come, is the meeting between President Donald Trump and China President Xi Jinping on the sidelines of the G-20 in Buenos Aires, which starts Friday. There is hope that both sides will show a willingness to negotiate and hold off on a further escalation of tariffs.

There is also an appearance by Fed Chairman Jerome Powell at the Economic Club of New York on Wednesday, and traders are hoping he will calm some of the market angst about rising interest rates. Fed officials recently have sounded slightly more dovish, and the market has begun pricing out multiple rate hikes for next year, though a rate hike is expected when the Fed meets Dec. 18 and 19.

Stakes are high for the talks between Trump and Xi, and traders have been awaiting that meeting as a potential catalyst that could shake the market out of its current slump. The S&P 500 has lost 9.7 percent since the beginning of the quarter and is now down 1.5 percent for the year so far. It is also more than 10 percent off its high, entering correction territory.

“It won’t be a viable move unless there is reason to think this is more than just a feel-good announcement from the White House. It could be very important for markets,” said Quincy Krosby, chief market strategist at Prudential Financial. If the talks show no signs of progress, strategists said it could be a major negative for stocks.

Many economists have factored a trade war into their forecasts for 2019 and expect the tariffs to have some impact on the economy, especially if they are increased, as threatened by Trump. Tariffs on $200 billion in Chinese goods are set to rise to 25 percent from 10 percent in January, and Trump has said he may ultimately tax all Chinese imports.

“The greatest boost Trump could provide to the economy would be to lift the tariffs on China to get a better deal with China on trade. Our sense is a deal is not priced into financial markets, as skepticism remains that either side can reach an agreement politically,” notes Strategas Research’s Dan Clifton, head of policy research.

“We try to not sugarcoat that reaching an agreement between China and the U.S. will be easy … we believe the U.S. and China both have an incentive to do a deal now. We do not expect a formal agreement but a framework that guides the path forward for a future deal,” he added.

U.S. officials have been hopeful for progress, including Trump, who said that China wants to make a deal, but there were tensions between Xi and Vice President Mike Pence at the recent Apec summit. On Friday, Chinese Vice Minister of Commerce Wang Shouwen was quoted as saying China hopes to meet the U.S. halfway on trade issues.

But it’s unclear whether the meeting will result in much progress. Analysts see it as a positive that White House trade advisor Peter Navarro, a strident critic of China, will not be at the meeting.

“This is deeper than just the tariff issue. It’s systemic concerns over technology transfers, intellectual property and cyber security. This is something that has festered for years, not only in the U.S. but in Europe as well, about having to do business in China. The president is looking to level the playing field,” Krosby said.

Citigroup strategists noted that the risk of trade wars is material and there could still be trade and investment restrictions in the technology sector even if there is a preliminary trade understanding. The U.S. Trade Representative warned in a report this week that China has not changed its ways with regard to technology or intellectual property.

Capital Economics said if China and the U.S. can come to some sort of truce the Chinese yuan could still be under pressure from the diverging policy between the Fed and the Peoples’ Bank of China. It said, in a note, that the tariffs, including those added in January, would wipe 0.3 percent off China’s economic output.

“Perhaps the biggest impact of any easing of trade tensions would be felt in China’s equity markets. A slowing domestic economy has been an important factor in the share price declines, but the timing of sell-offs suggests that concern about a trade war has been a key driver too. A ceasefire would help lift sentiment and probably trigger a rally,” according to Capital Economics, adding the rally would likely prove to be temporary.

As for the Fed, Powell’s most recent comments were seen as dovish when he pointed to concerns about international weakness. Fed Vice Chairman Richard Clarida was even more dovish when he said he believed the Fed was getting closer to neutral, or the rate that means the economy is no longer being stimulated nor is it being slowed.

Powell rattled markets Oct. 3 when he said the Fed was a long way from neutral, and he is now expected to speak more cautiously. The Fed has forecast three rate hikes for next year, and while some economists, such as those at Goldman Sachs and J.P. Morgan, expect four hikes, the market is now pricing less than two.

Markets have been fearful that the Fed is moving too quickly when the economy is not strong enough and global weakness could hurt the U.S. For that reason, some economists have been expecting even fewer rate hikes than the Fed forecast for next year.

Krosby said the minutes of the last Fed meeting will be released Thursday, and she will be watching to see whether there is more detail on what companies are saying about the global economy and capital expenditures.

Besides trade and the Fed, there are a number of economic reports including new home sales on Wednesday and home price data on Tuesday. Housing is one part of the economy that is showing signs of slowing, as interest rates have gone higher.

There is also income and spending on Thursday and the PCE inflation index.

Traders will also be watching oil, which continued to collapse in the past week. West Texas Intermediate crude futures were trading near $50 per barrel Friday afternoon, an 11 percent decline for the week.