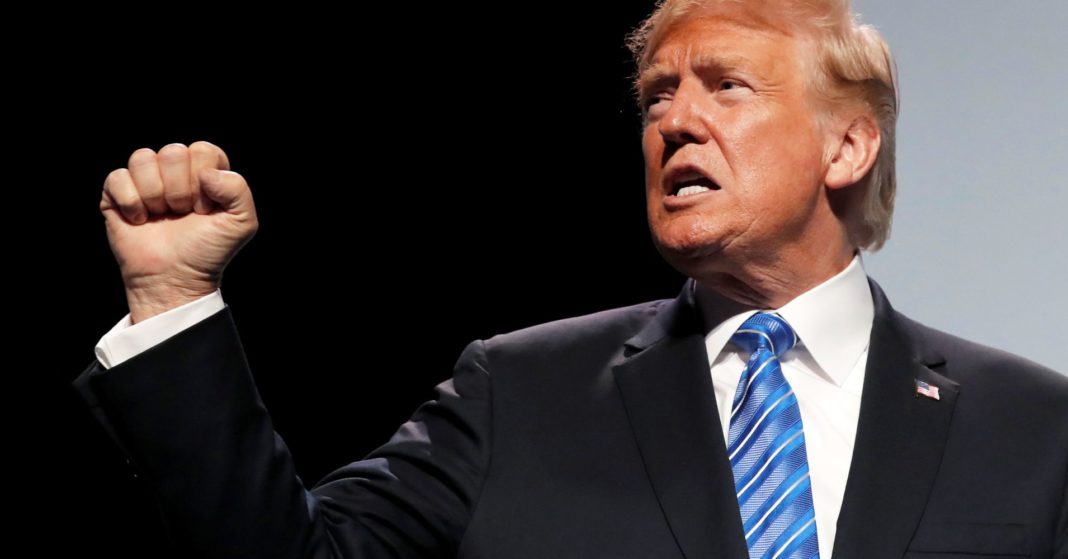 President Donald Trump called on Congress to enact sweeping immigration reform, including a border wall, and threatened a federal government shutdown if Democrats refused to back his proposals.

In a series of early morning posts on Twitter, the president lambasted Congress over immigration reform. He then threatened to shut down the government if Congress didn’t move U.S. laws “based on MERIT!”

Earlier this year, the White House released a proposal for merit-based immigration, which floundered in Congress amid tepid support from within the president’s own party. Meanwhile, Democratic leaders, who have embraced legalization of “Dreamers” as a rallying cry on immigration reform, have been galvanized by the administration’s family separation policy.

The administration’s framework included a $25 billion “trust fund” for a border wall, a path to citizenship for “Dreamer” immigrants, and an end to foreign visa lotteries that would end a program “riddled with abuse.” In an analysis of the proposal, the libertarian Cato Institute called the plan “draconian”, and said it would reduce legal immigration by up to 44 percent per year.

Amid searing images of undocumented families being separated at the border, Trump defended the controversial practice — which was in place under the Obama administration. Trump warned that there were “consequences when people cross our Border illegally.” He argued that parents attempting to cross the border are “using children for their own sinister purposes.”

Trump’s tweet Sunday came several days after the government said more than 1,800 children separated at the U.S.-Mexico border have been reunited with parents, and sponsors after a federal judge ordered the reunions. Hundreds of children still remain separated.