Giuliani warns Michael Cohen on Trump, and draws a biting reply from his lawyer 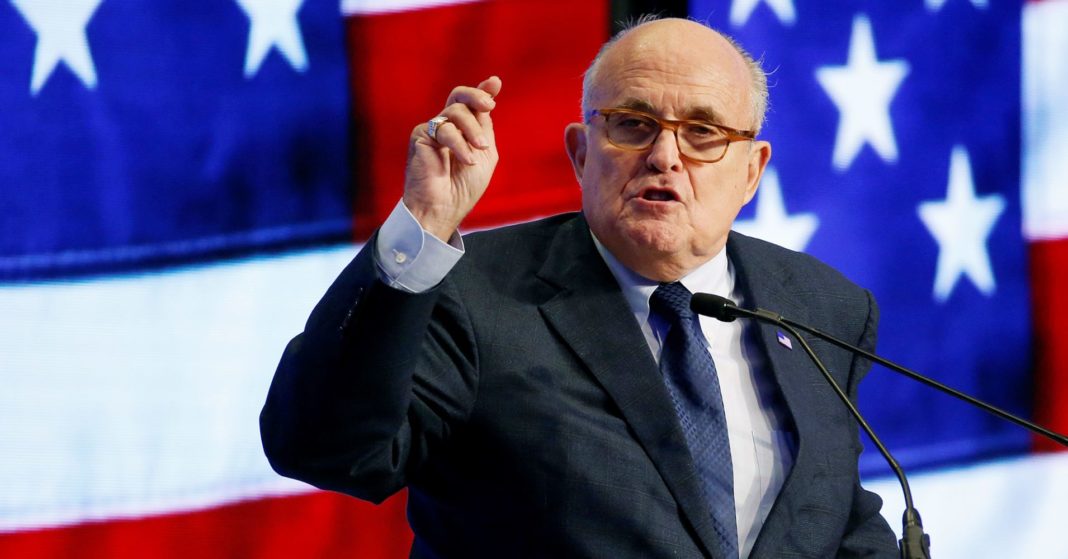 President Donald Trump’s private lawyer is accusing his former lawyer, Michael Cohen, of violating attorney-client privilege, ABC News reported on Saturday, cautioning him against making any more public disclosures about his dealings with the president.

Following a week of bombshell revelations, Rudy Giuliani, Trump’s current legal counsel and the former New York City mayor, told the network that his team has told Cohen and his lawyers they “should respect the client and attorney privilege in different ways,” Giuliani said.

“We have complained to them that he’s violated the attorney-client privilege, publicly and privately,” Giuliani told ABC, adding that both camps were no longer sharing information as part of a joint defense agreement.

Trump has personally taken aim at Cohen for secretly recording their conversations, suggesting that doing so may have been illegal. However, it was Trump’s legal team that actually waived protections that would have allowed the recordings to remain hidden from prosecutors, a source familiar with the matter told CNBC last week.

The former mayor’s remarks drew a biting reply from Cohen’s attorney, Lanny Davis, who himself is a well-renowned political fixer.

“Mr. Giuliani seems to be confused. He expressly waived attorney client privilege last week and repeatedly and inaccurately — as proven by the tape — talked and talked about the recording, forfeiting all confidentiality,” Davis told CNBC in a statement.

For his part, Cohen — the president’s former fixer who, until recently, was one of his most loyal defenders — has gone on the offensive. In a series of strategic disclosures, Cohen this week accused his former boss about knowing about Donald Trump Jr.’s controversial 2016 meeting with Russians at Trump tower, something the president strongly denied.

In a widely circulated interview with ABC earlier this month, Cohen stated that his first loyalty was to his family and his country, hinting that he was prepared to flip on his former boss.

“Cohen told [ABC’s chief news anchor] George Stephanopoulous he wasn’t going to a be a punching bag for anyone’s defense strategy,” a source familiar with the lawyer’s thinking told CNBC. “This applies to Mr. Giuliani and the full force of the White House arrayed against him.”

In his interview with ABC, Giuliani insisted that “there’s nothing on [Cohen’s recordings] that would concern us,” though he said Trump’s team has hired experts to review and analyze Cohen’s tapes. One of the tapes, which first aired on CNN this week, discusses a secret payment made to former playboy model Karen McDougal.

Giuliani told ABC that the recording “stops abruptly” and suggested the tape may have been edited or manipulated in some way.