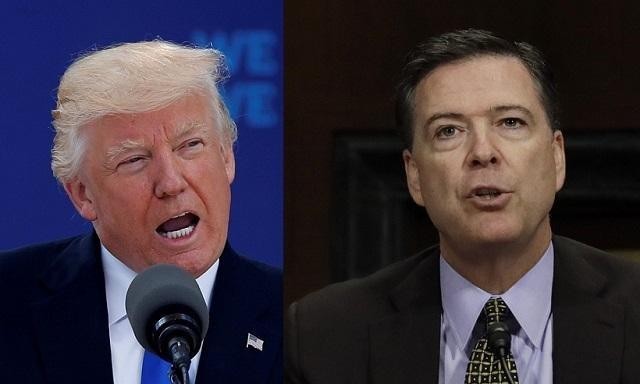 US President Donald Trump on Sunday intensified his effort to discredit ousted FBI director James Comey, accusing him of cowardice in leaking an eye-popping account of their private meetings.

In an angry early-morning tweet from his New Jersey golf club, the embattled president questioned Comey’s character and whether he had broken the law in revealing their conversations.

Comey had been leading an FBI investigation into several Trump aides and their contacts with the Russian government — which US intelligence agencies say tried to tilt the 2016 election in Trump’s favor — before being fired.

After his dismissal, Comey leaked shocking details of a series of meetings with Trump, in which the president allegedly asked for Comey’s “loyalty” and suggested that he shelve an FBI investigation into Trump’s national security adviser.

Trump critics said that was evidence that the president may have obstructed justice, possible grounds for impeachment.

The White House has repeatedly tried to shift the focus away from the content of Comey’s allegations and onto the manner of their release.

“I believe the James Comey leaks will be far more prevalent than anyone ever thought possible,” Trump wrote in an early morning tweet. “Totally illegal? Very ‘cowardly!’”

It was not clear exactly what Trump meant by “prevalent” — a point made in a flurry of Twitter postings by critics of the president. And legal experts have questioned whether Comey’s leak broke any law.

Trump’s lawyer Marc Kasowitz has indicated he will file a complaint about Comey to the Justice Department, which oversees the FBI.

In sworn testimony to the Senate on Thursday, Comey painted Trump as untrustworthy and admitted he asked a “friend,” identified as a Columbia University law professor, to release a memo of his conversations with the president to the press.

Comey said he had hoped releasing the information via the media would prompt the appointment of a special counsel to handle the Russia probe, a ploy that ultimately proved successful.

He also branded the president a liar and said Trump urged him to abandon the investigation into former national security adviser Michael Flynn, an allegation Trump has denied.