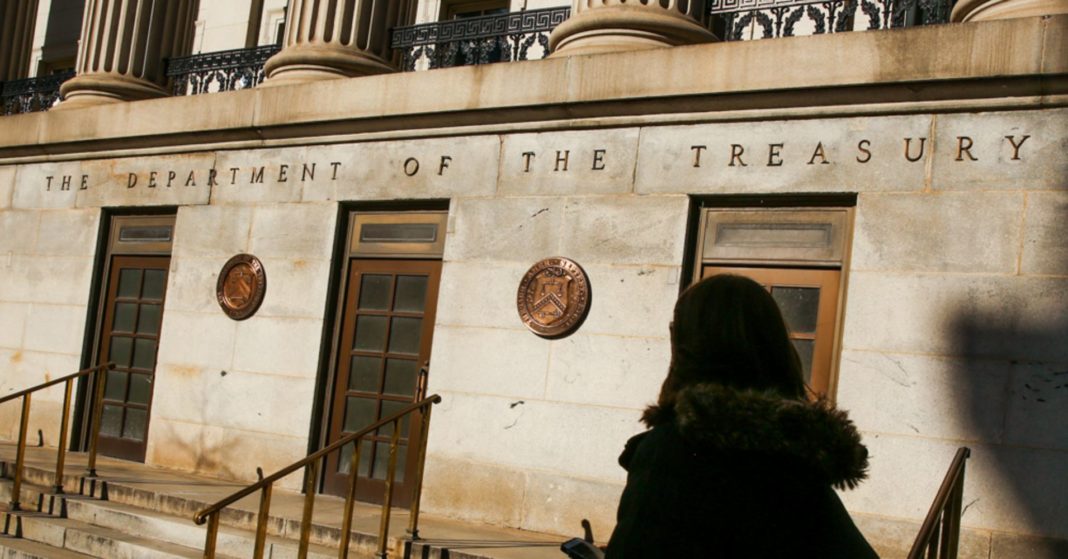 The criminal complaint against Edwards says that she started leaking “numerous” so-called suspicious activity reports, known as SARS, in October 2017 to a reporter, and continued doing so until this month.

The unidentified journalist then wrote about a dozen articles which mentioned the details of those reports, according to the complaint. Articles cited in the complain carry the bylines of Jason Leopold and Anthony Cormier, two reporters at Buzzfeed.

Edwards, who was arrested Tuesday, is due to appear before a judge in U.S. District Court for the Eastern District of Virginia later Wednesday.

At the time of her arrest, according to federal prosecutors in Manhattan, she “was in possession of a flash drive appearing to be the flash drive on which she saved the unlawfully disclosed SARs, and a cellphone containing numerous communications over an encrypted application in which she transmitted SARs and other sensitive government information to” the reporter.

She is charged in a criminal complaint with unlawfully disclosing SARS, and conspiracy to do the same.

SARS are used to alert Treasury officials and other authorities about financial transactions that may be related to criminal conduct, such as money laundering.

Treasury’s financial crimes enforcement network, for which Edwards works, manages the collection of SARS. Willful disclosure of a SAR or its contents by government employees outside of the scope of their work is a felony.

The U.S. for the Southern District of New York, Geoffrey Berman, whose office is prosecuting the case, said in a prepared statement, “Natalie Mayflower Sours Edwards, a senior-level FinCEN employee, betrayed her position of trust by repeatedly disclosing highly sensitive information contained in Suspicious Activity Reports (SARs) to an individual not authorized to receive them. ”

“SARs, which are filed confidentially by banks and other financial institutions to alert law enforcement to potentially illegal transactions, are not public documents, and it is an independent federal crime to disclose them outside of one’s official duties,” Berman said.