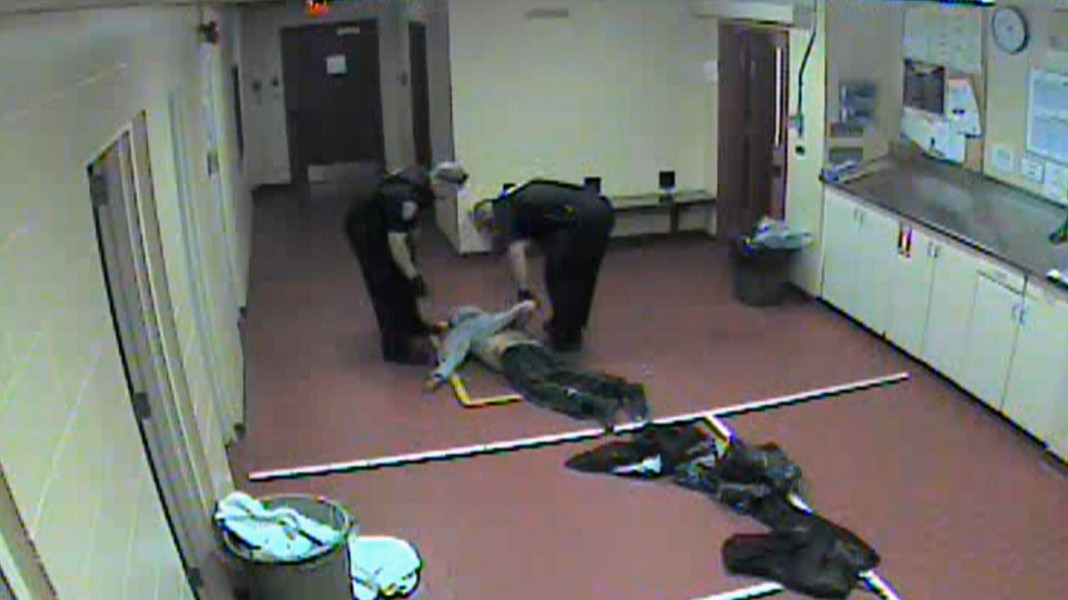 WARNING: This story contains content that some readers may find disturbing.

Lawyers for a northern Ontario police force are trying to have video of an Indigenous man being dragged inside a police station excluded from an upcoming inquest.

The footage shows how Thunder Bay police officers treated Dino Kwandibens of Whitesand First Nation while in custody at the police station on Aug. 2, 2014, the same night Don Mamakwa, 44, of Kasabonika First Nation was arrested for public intoxication and later found dead in his cell.

Through their legal counsel, Thunder Bay’s police chief and several officers filed a notice of motion to exclude the cellblock video, arguing the footage is irrelevant and outside the scope of the upcoming inquest into the deaths of Mamakwa and Roland McKay, 50, of Kitchenuhmaykoosib Inninuwug, who died in Thunder Bay Police Service (TBPS) custody on July 20, 2017.

The families of Mamakwa and McKay say the footage should be admitted because it shows how police racism affects the treatment of Indigenous people in the city.

The videoconference hearing on the issue is scheduled for this morning. Watch it live here 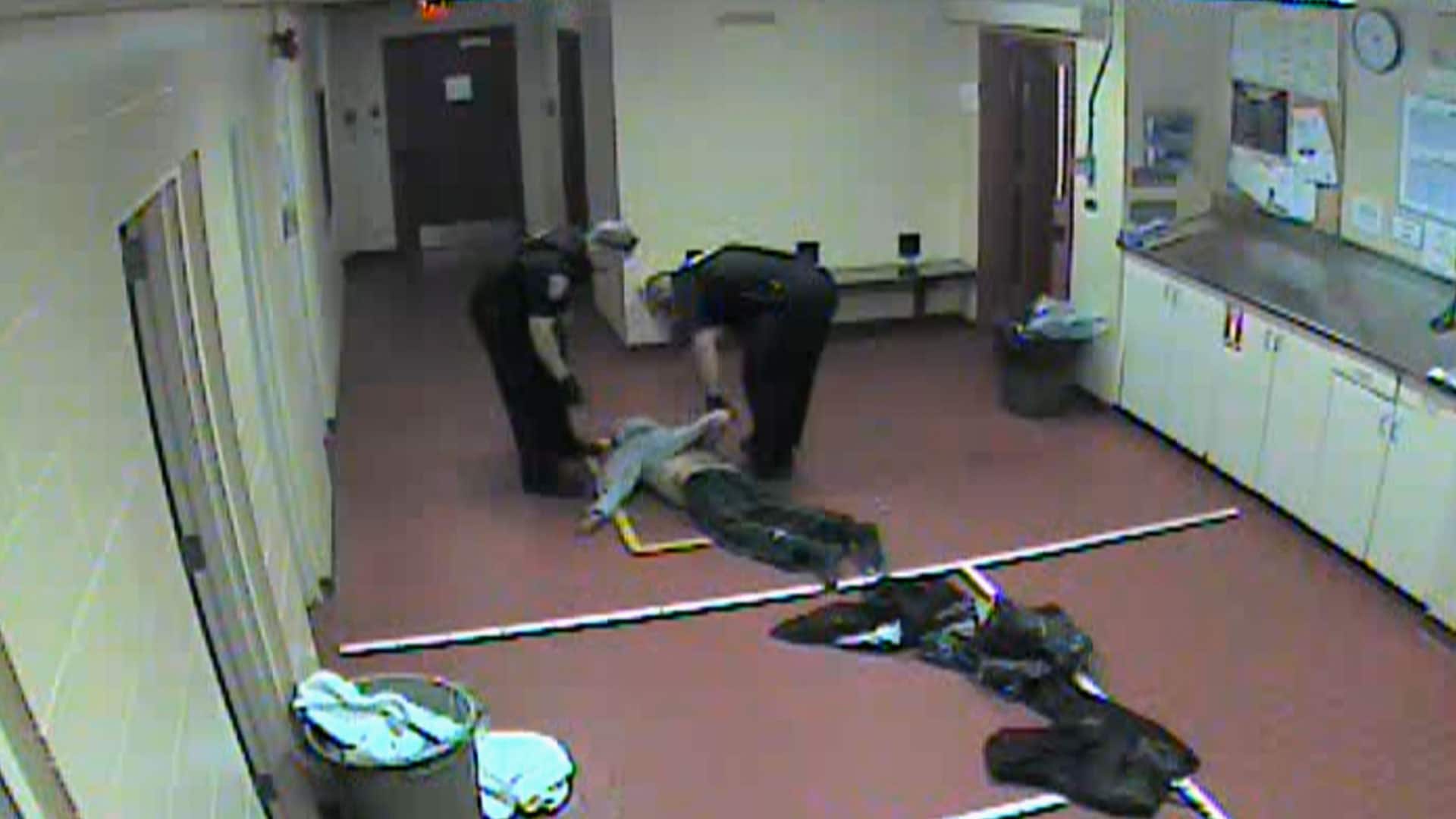 WARNING: Some viewers may find this footage disturbing. Video from Thunder Bay police station shows Dino Kwandibens being dragged by officers on Aug. 2, 2014. 1:01 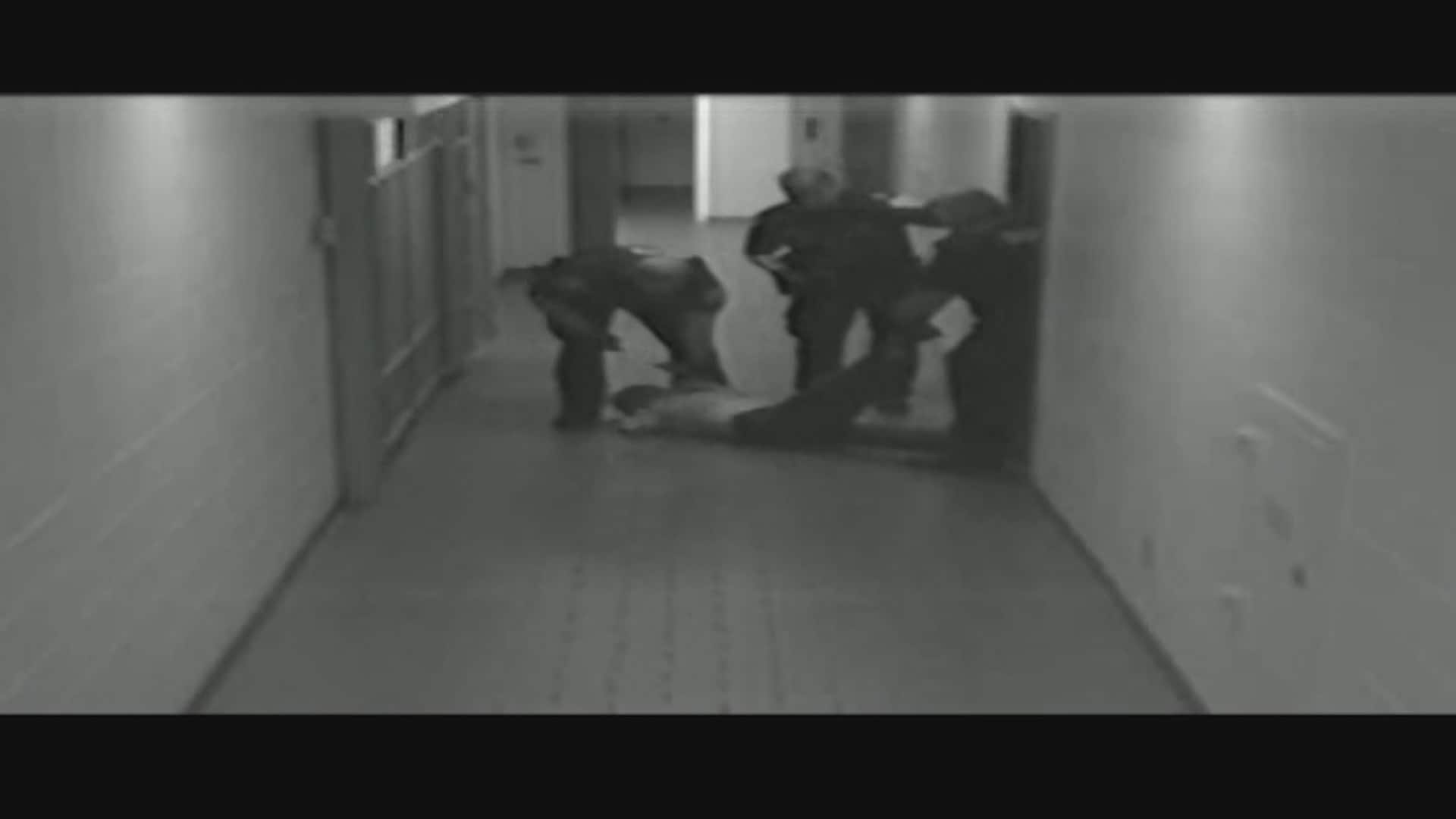 WARNING: Some viewers may find this footage disturbing. Officers at Thunder Bay police station drag Dino Kwandibens into a cell on Aug. 2, 2014. 0:11

Both men arrive within minutes of each other

Minutes after Mamakwa was taken into police custody on the evening of Aug. 2, 2014, Kwandibens was also arrested for public intoxication and taken to the station.

As part of the pre-inquest proceedings, the coroner directing the inquest, Dr. David Cameron, is seeking to admit surveillance footage of Kwandibens’s experience that night.

Legal submissions from the coroner’s lawyers say the experiences of Kwandibens and Mamakwa are linked and the video shows how both men were “treated with similar non-compliance of TBPS policy by the officers,” and how racism and stereotyping may have played a factor in the deaths of Mamakwa and McKay.

The lawyer representing the families of Mamakwa and McKay is also in favour of playing the video for the inquest jury, arguing it falls within the scope of the inquest and depicts systemic racism in the treatment of Indigenous prisoners.

“This is, in my view, a very serious deep dive into the role of racism in two Indigenous deaths, Roland McKay and Donald Mamakwa,” said lawyer Julian Falconer.

Some of the questions the inquest will try to answer include how racism, bias and stereotypes played a role in the treatment of Mamakwa and McKay by police and paramedics; how people suspected to be intoxicated are assessed by first responders; and whether it’s appropriate to take them into police custody.

According to the families’ submission, which includes descriptions of the footage in question, Kwandibens was initially brought into the police station by Const. Neal Soltys and an officer identified in the documents as Const. Joynson.

Soltys dragged Kwandibens into the booking room, and can be heard uttering the phrase “sack of shit” about Kwandibens, who is moaning loudly.

Soltys also called Kwandibens “Dino the dinosaur” and sang “in a manner resembling a jingle,” the families’ documents say.

While officers were trying to get Kwandibens on his feet, Soltys told him to “walk like a man.”

“You got drunk like a man, so get up,” Soltys said.

One of the officers can then be heard commenting, “The one-arm drag,” in reference to Kwandibens only having one arm.

The footage shows Soltys grabbing Kwandibens by the leg and dragging him quickly toward the cellblock. An unidentified off-screen officer can be heard saying, “Pain in the ass…. Little bitch.” Kwandibens is banged into a garbage can, and his leg also gets caught on the door.

Soltys’s lawyer, Daniel Gunn, says in a submission his client’s “behaviour came from frustration when trying to assist Mr. Kwandibens as he became deliberately unhelpful and unco-operative.”

Despite Kwandibens being intoxicated, at no point did officers provide or seek medical assistance for him while he was in custody, the families’ documents say.

According to the Thunder Bay police’s motion to exclude the video, the footage of Kwandibens is not only irrelevant but inadmissible and outside the scope of the Mamakwa-McKay inquest.

The TBPS says Kwandibens’s experience is a separate matter involving two officers who had no contact with Mamakwa the night he died. The police department says the video is “inflammatory,” and its inclusion in the proceedings would “unduly harm the reputation of the Service.”

The TBPS submission does acknowledge there was one officer, indentified as Const. Tackney, present for the booking of both Kwandibens and Mamakwa.

In a separate motion, Soltys’s lawyer, Daniel Gunn, argues the video should be excluded from the inquest because it does not help address the questions posed by the inquest, and his client’s behaviour was already subject to disciplinary action.

The video showing the treatment of Kwandibens wasn’t discovered until years later by the coroner’s office as they reviewed materials for the inquest, and resulted in Soltys pleading guilty to the professional offence of discreditable conduct in January 2020 and agreeing to a penalty of 12 hours’ docked pay and an acknowledgment of his actions.

Gunn points out Soltys did not use any racist names or slurs during his interactions with Kwandibens. He also says his client works hard in his job and upholds respect for the Indigenous community.

In an emailed statement to CBC News, Thunder Bay police spokesperson Scott Paradis pointed to several reports regarding changes made since the Kwandibens case, including annual reports documenting progress on recommendations made by investigations into the Thunder Bay police and their conduct.

Paradis told CBC News the inquest process must continue before he can provide further comment.

The coroner’s written submissions argue the video will assist the inquest jury to better understand the attitude of the police officers.

In their submission, the families say the video depicts the “unconscious biases and racism within policing,” and that it directly relates to the deaths of Mamakwa and McKay.

The coroner’s joint inquest is tentatively scheduled for the spring.

Don Mamakwa, one of the two men whose death will be the subject of the inquest, was brought to the Thunder Bay police station on Aug. 2, 2014, the same night as Kwandibens.

Police arrested Mamakwa after finding him intoxicated outside of a church, where he complained to police and paramedics about difficulty breathing, according to the families’ submission.

The submission says Mamakwa asked TBPS officers to get him to the hospital, but despite repeated requests, he was ignored.

Mamakwa’s breathing difficulties were not noted in the charge report filled out by Bailot. Mamakwa was also accused of lying when he answered he was on medication, the documents say.

Security footage shows that when Mamakwa said he could not stand up, Krupa replied, “You’re not a three-year-old child. Get up,” and dragged him into the cellblock area with help from Tackney.

At 3:05 a.m., Mamakwa was found unresponsive in his cell. Despite the police department’s policy to check on prisoners every half hour, no officers checked on Mamakwa for a period of more than five hours, according to a Special Investigations Unit (SIU) report.

“The TBPS officers chose to leave him to suffer on his own,” according to the families’ submission.

In an SIU report, the director concluded McKay’s death was “a result of his lifestyle and possibly other genetic or medical factors which were unknown to police and paramedics.” The SIU is called in to investigate cases involving police where there has been death, serious injury or allegations of sexual assault.

Rachel Mamakwa, sister of Mamakwa and niece of McKay, said she hopes the inquest results in change; that police will take people to hospital instead of letting them suffer in that “awful place.”

While the police department’s lawyers argue in their motion to exclude the video that there is “not enough evidence to suggest racism, bias or stereotype was a factor to Mr. Mamakwa’s death,” several external reports into the city’s police service have suggested the existence of both overt and systemic racism.

A 2018 report by former senator Murray Sinclair into the police services board found a range of cases of “unmistakable racism,” including public mockery, excessive force and humiliation of Indigenous individuals, and disturbing deaths in TBPS custody.

Similarly, Gerry McNeilly, Ontario’s independent police review director, released a report in 2018 called Broken Trust, in which he said: “I find systemic racism exists in TBPS at an institutional level.”

Emily Hill, senior staff lawyer with Aboriginal Legal Services, said she is concerned about the number of inquests that involve Indigenous people who died in police custody.

“Think about all Indigenous people who may end up in police cells … and they need medical attention,” she said. “We want to make sure that if there are any lessons that can be learned from these deaths, that they are learned and those lessons are applied.”