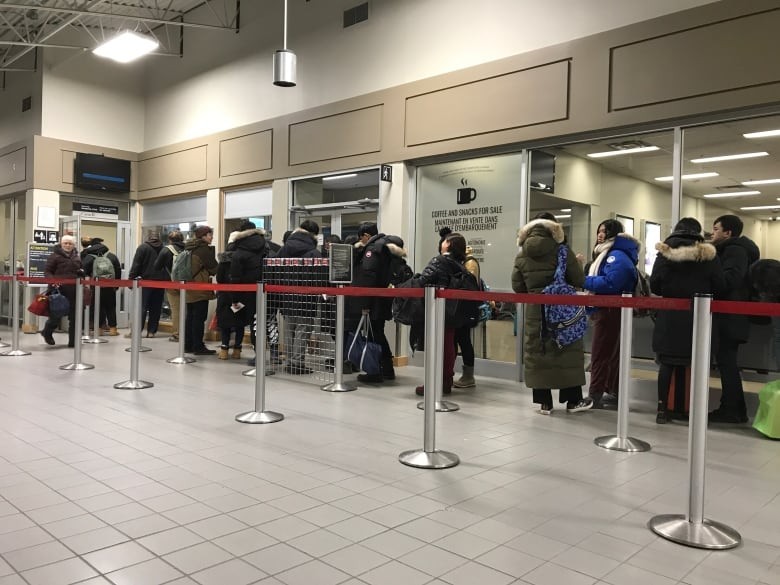 As the airlines and the federal government battle it out over an industry bailout, a new round of service cuts this week has left many in Canada’s smaller centres feeling like they are being held for ransom.

There is no question that the finances of Air Canada and WestJet have been severely hurt by the collapse of domestic and international travel during the pandemic, which has only been made worse by a new and more severe wave of COVID-19 spread.

The airlines say they are closing the routes because that is where they are losing money.

But as Fredericton, Yellowknife, Prince Rupert and Kamloops were added to a longer list of small communities to where Air Canada will no longer fly, questions are being raised over whether vulnerable regional economies are being used as a bargaining chip to force the government’s hand.

Monica LaBarge, who teaches at the Smith School of Business at Queen’s University in Kingston, Ont., said that while airlines around the world have lost money during the pandemic and are looking for savings, it is hard to ignore the political implications of cutting services to smaller business centres that have few transportation alternatives.

“It’s not a hard stretch for them to say we just can’t afford to do it right now,” said LaBarge, “But there may be a strategic aspect to it as well.”

In Europe, governments have already offered airlines tens of billions of dollars in bailout money to help them survive the financial impact of travel bans and lockdowns.

And while Canadian airlines have been able to take advantage of the same subsidies available to other struggling businesses, LaBarge said a bigger bailout package specifically for airlines has been held up by a dispute over where the money will go.

“The airlines and governments and consumer groups to some extent have been in a bit of a standoff as consumers are waiting for refunds for flights they were not able to take,” said LaBarge.

By not refunding ticket prices paid in good faith by passengers, she said that Air Canada may have created its own difficulty when it then went to the government looking for bailout cash.

“The government’s in this untenable position that they can’t really afford to do that from an optics perspective and from a fairness perspective too,” said LaBarge. “It’s not fair for individual consumers to subsidize Air Canada’s losses.”

On Tuesday, a spokesperson for Canada’s new Transport Minister Omar Alghabra called regional service cuts disappointing, saying future support for the airlines will be on the condition that regional airports continue to be served.

But Perrin Beatty, President and CEO of the Canadian Chamber of Commerce called the latest Air Canada cuts “deeply troubling.”

“With cuts to regional air service in Atlantic Canada and across the country, the situation is much more than just an air industry issue — pockets of our country risk being disconnected from others,” said Beatty on Wednesday, calling on the government to offer additional support.

In an announcement Wednesday of new service and staffing cuts, the airline put the blame for its latest 25 per cent cut, including 1,700 additional layoffs, squarely on government regulations.

“Since the implementation by the federal and provincial governments of these increased travel restrictions and other measures, in addition to the existing quarantine requirements, we have seen an immediate impact to our close-in bookings and have made the difficult but necessary decision to further adjust our schedule and rationalize our transborder, Caribbean and domestic routes to better reflect expected demand and to reduce cash burn,” said Lucie Guillemette, executive vice president and chief commercial officer at Air Canada in a release.

The loss of more jobs will get the government’s attention, but perhaps not as much as the outcry over the loss of service to small urban centres across the country.

Ken Christian, mayor of Kamloops, B.C., said he was “beyond disappointed” to see the cancellation of the city’s only direct flights to Vancouver, about 250 kilometres away.

Deneen Everett, executive director of Yellowknife Chamber of Commerce, said that while surprised by this week’s announcement that the airline was cutting service to the capital of the Northwest Territories, her members had a lot of sympathy for Air Canada as a struggling business.

“We certainly respect that Air Canada has to make the right decision for their business,” said Everett. “But obviously it is disappointing news for our community.”

Airlines have suggested that air travel is not a major cause of COVID-19 spread, but Everett said that the tight travel restrictions that led to the major carrier’s decision have helped to keep the NWT almost COVID-free. Currently there are no cases being reported in the territory.

“We’re one of the safest places in the world right now and one of the best business environments for retail,” she said. Nonetheless, the Chamber remains worried that without government support, the near complete loss of tourist traffic will lead to the permanent loss of many businesses.

One concern for LaBarge is how long it will take for the struggling airline business to get its books in good enough shape to return to the communities it is now abandoning. Yellowknife still has scheduled passenger service from other airlines, but according to Ted Bartlett, president of Transport Action Atlantic, other communities losing service are not so lucky.

Bartlett, who volunteers in his role at the transportation advocacy group, said he was surprised that as New Brunswick’s provincial capital, Fredericton will have no service at all.

“It seems to me a city is not a city unless it has good transportation links to the rest of the country and the world,” he said.

Modern businesses, including in smaller cities, depend on moving goods and people quickly from around the world and Bartlett says many fear regional airports may not survive, compounding the pandemic’s impact on local firms.

“The airlines of course answer to their shareholders and it’s all about shareholder value,” said Bartlett. He said that was different 40 years ago when as a Crown corporation, part of Air Canada’s task was to provide service to all parts of the country.

But according to an email this week from Alghabra’s press secretary Allison St-Jean, the government remains committed to regional air service, but the means of obtaining it is now different.

“Before we spend one penny of taxpayer money on airlines, we will ensure that Canadians get their refunds, regional communities retain air connections to the rest of Canada and Canadian air carriers maintain their status as key customers of Canada’s aerospace industry,” she wrote.