This is your brain on pandemic: What chronic stress is doing to us 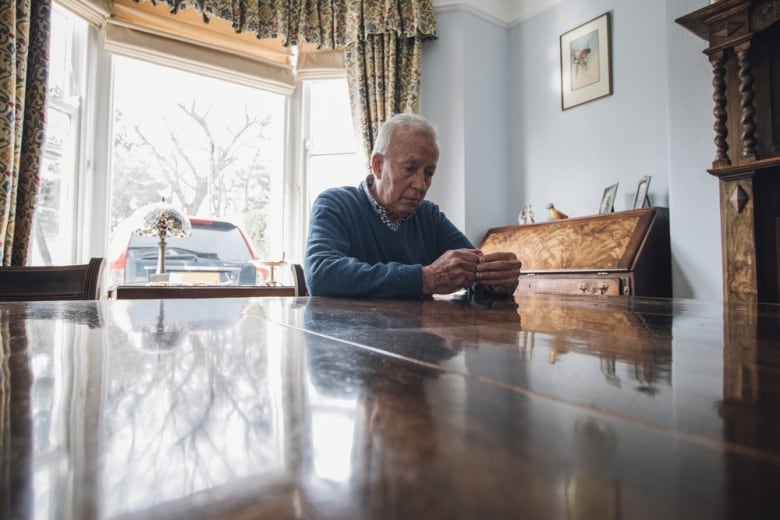 Back in the 1980s, there was a public service announcement on TV that you may remember — or may have seen on YouTube.

“Defeated” is how Vas Smountas, a freelance graphic designer, describes it. Also living in Toronto, she describes herself these days as “tired, defeated, foggy, unmotivated.”

And research suggests those feelings are not uncommon right now, as the chronic stress of the pandemic has both affected our brains — and robbed us of normal, healthy ways to cope.

Reduced cognition due to stress

Just shy of one year into the pandemic, a national survey of Canadians suggested that more than half of all respondents — 56 per cent — said they were feeling increased stress or anxiety as a result of COVID-19.  Among those aged 18-34, it was even higher, at 63 per cent.

You don’t have to be lonely or depressed — you’re just living through a pandemic. Or as Dr. Roger McIntyre describes it, “daily, unpredictable, malignant stress.”

McIntyre, a professor of psychiatry and pharmacology at the University of Toronto’s Temerty Faculty of Medicine, has recently co-authored a review on cognitive impairment in patients with COVID-19, which found prevalence of delirium and markers of inflammation.

For the rest of us, living in a world changed by the disease, McIntyre says our cognitive issues come from stress.

Even among the most optimistic and positive people, the resulting stress is having an impact.

“Chronic stress, predictably, has this pronounced effect on our motivation, our energy, our get-up-and-go, our sense of joie de vivre,” said McIntyre.

“The brain is no different than the motherboard on your PC. It is a set of circuits and networks, all interconnected,” McIntyre said.

“Work that’s looked at the effect of chronic, malignant, unpredictable stress on the brain has shown loss of brain tissue. And not just randomly anywhere in the brain. Key brain areas that are responsible for what you and I need to do each day: think and feel.”

“It’s just a lot to take in,” said Smountas. “Every day, you get up and it’s the same thing. And you feel like you’re in this Groundhog Day movie that just doesn’t end without any learnings at the end of it. It’s been trying.”

It’s not just about mood.

“I literally don’t think I go a day without saying my brain isn’t functioning. Like, I can’t remember. I’m not operating at 100 per cent,” Johnson said.

“What happens is stress systems have been activated,” McIntyre explains.

“You’ve got hormones, you’ve got inflammatory proteins, you’ve got a variety of neurochemicals, [and they] have created a mix which, in the longer term, jeopardizes the brain’s health, creating this loss of brain tissue, resulting in a loss of brain interconnectivity.”

Some people have wondered if what they’re feeling is just straight up boredom.

But boredom, in all its tediousness, can actually be a good thing, according to Erin Westgate, an assistant professor of psychology at the University of Florida who has studied boredom for years.

It’s usually a signal that something is wrong — telling a person that what they are doing right now isn’t engaging or doesn’t feel meaningful and that they need to do something to change that.

“But boredom wasn’t designed to let us know that there’s a pandemic going on,” said Westgate.

“We know that boredom is caused by a lack of meaning and a lack of attention. And finding ways to challenge yourself, finding ways to reintroduce the meaning into your life, can reduce boredom,” she said. “But ultimately, it’s sort of like trying to push a rock up a big hill, you know. The way to solve boredom during the pandemic is to end the pandemic.”

Not something you can do yourself. And in addition to having no control over when this will end, the pandemic has also taken away the systems to which we normally turn in stressful times for comfort and healing.

Money columnist Bruce Sellery says it’s important for everyone to realize how stressful the past year has been, and how dangerous workplace stress and burnout can be. 6:51

With so-called “normal” stress — that which is predictable and finite — and even the biggest stressors in life such as death or divorce or the loss of a job, people are able to rely on different ways of coping: having a job, hanging out with friends or extended family, going to a place of worship or to a community centre.

But in many cases, those have been compromised, too.

The brain does heal, though.

“The brain is incredibly plastic and incredibly modifiable and incredibly able to regenerate,” McIntyre said. And once the source of stress is removed, the brain circuits begin to normalize again.

“You see a correction of brain circuit function, and you also see a rejuvenation of brain tissue because our brains, our neurons, our brain cells, continue to grow.”

And in the case of the pandemic, once most people are fully vaccinated, once life returns to what is commonly thought of as “normal” — with kids in school, and people at work, and restaurants full of people hanging out together without masks on — McIntyre says brain recoverability should follow in short order.

“Based on research that looks at brain function and brain anatomy before and then after intervention for people who’ve gone through stress-related conditions, you start to see changes fairly quickly.”