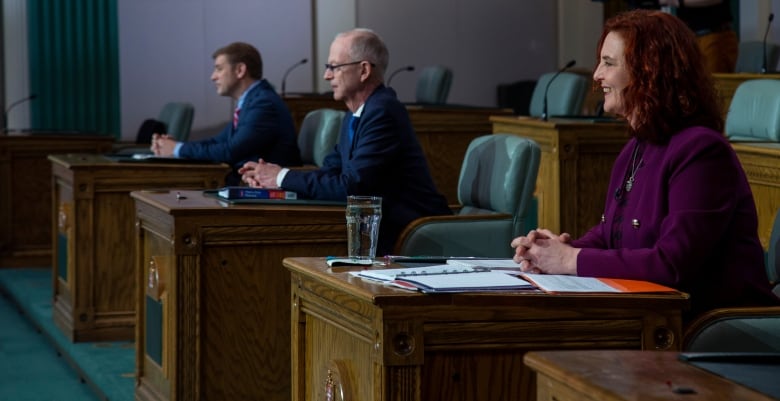 If rising COVID-19 caseload numbers and the spread of more contagious and deadlier variants of the virus were not enough already to close the door on a spring federal election, the results of the recent provincial vote in Newfoundland and Labrador should lock it entirely.

Yes, Premier Andrew Furey’s Liberals did manage to turn their minority government into a narrow majority when the results were announced finally on Saturday — over a month after the election was supposed to come to a conclusion.

But it could have gone a lot worse for the N.L. Liberals.

Furey’s government became the fourth incumbent government in Canada to secure re-election since the start of the pandemic. Speculation has been rampant that Prime Minister Justin Trudeau, who leads a minority government, might try to make his government the fifth well before the next scheduled federal vote in 2023.

But if anyone in the federal government is still thinking about going to the polls sooner rather than later, the Newfoundland and Labrador results ought to illustrate the kind of risk they’d be running.

The election campaign itself turned into a bit of a shambles, as in-person voting in nearly half of the province’s districts was postponed and then cancelled just a few days before election day when a new outbreak of COVID-19 struck in mid-February.

Over the subsequent six weeks, Newfoundlanders and Labradorians struggled to get their mail ballots cast in time to meet ever-shifting deadlines. In the end, just under half of eligible voters managed to vote.

There are many logistical challenges involved in holding an election during a pandemic. British Columbia, Saskatchewan and New Brunswick managed it without problems on the scale of those experienced by Newfoundland and Labrador. But those provinces may have been fortunate — there were no spikes in caseloads over the course of their campaigns.

Could a federal general election campaign — spread over five or six weeks and criss-crossing 13 provinces and territories — expect the same kind of luck?

And could the federal Liberals afford to take the risk — especially after witnessing what happened to their provincial cousins in Newfoundland and Labrador?

From a Liberal landslide to a narrow win

At the beginning of 2021, the N.L. Liberals were in an enviable position. Due to the province’s electoral law requiring a vote within one year of a new premier being sworn in, the Liberals had to call an election by August.

The party had a solid lead in the polls and the COVID-19 caseload in the province was negligible. Furey decided the time was right and the election was called for Feb. 13.

The party kicked off the campaign on track for a landslide. According to a poll conducted by Mainstreet Research at the end of January, the N.L. Liberals had 62 per cent support among decided voters, giving them a 36-point lead over the trailing Progressive Conservatives.

With those kinds of numbers, Furey’s Liberals would easily win a majority government, perhaps with as many as 30 or more of the province’s 40 seats.

As election day approached, the Liberals were still on solid footing. Narrative Research told CBC News that the Liberals still had 55 per cent support when it polled between Jan. 28 and Feb. 8, just before the spike in cases. Nearly three-quarters of respondents said they were satisfied with the government’s performance.

The news of the spike in cases did not put a huge dent in Liberal support, according to another poll by Mainstreet Research conducted on Feb. 10 and 11 — but compared to the firm’s earlier campaign polling, the Liberals had slipped eight points to 54 per cent.

Their lead over the PCs was down to 28 points — still majority territory, but now with a very-best-case scenario of around 30 seats.

Once the election was delayed, however, the Liberals saw their support slip.

In its final poll of the campaign conducted on Feb. 20 and 21, Mainstreet Research found there was a big difference between voters who already had cast ballots (in advance voting or by mail) and those who had not.

A poll by Maru Public Opinion corroborated this decline, reporting that Furey’s approval rating had dropped 23 points between a poll conducted last fall and one conducted in early March.

When the results were announced finally on Saturday, the provincial Liberals had won 48 per cent of the vote, putting them just nine points ahead of the PCs. They took 22 seats, a narrow majority in the 40-seat House of Assembly. The PCs captured 13 seats and the New Democrats two, with three Independents also winning election.

The result was a lot closer than it looked. Only three seats changed hands — they all went to the Liberals. Two of those seats belonged to opposition party leaders Alison Coffin of the NDP and Ches Crosbie of the PCs.

Altogether, the Liberals flipped those three seats by a combined 696 votes. Had those districts gone the other way, Furey would be stuck with another minority government.

But Furey had a few advantages. He was a new leader who entered the campaign with a high level of popularity. His party had a wide lead over the PCs, who were led by a comparatively unpopular leader in Crosbie who already had led his party to defeat in 2019.

The federal Liberals don’t enjoy those same advantages. Trudeau is more popular than Conservative Leader Erin O’Toole, but he has accumulated baggage in his six years in office. His party does have a lead over the Conservatives, but at five or six points it’s nowhere near as comfortable as what the N.L. Liberals had going into their election.

Trudeau can’t count on winning merely by being the only palatable option for a lot of voters. If he called an early vote that finished in the kind of turmoil we saw in Newfoundland and Labrador, he might not survive the fallout.

A cautionary tale for the federal Liberals

The provincial campaign served as a reminder of the unpredictable nature of politics in a pandemic — even more unpredictable now that highly transmissible variants of the virus are spreading across the country.

While there is no indication that the campaign itself contributed to the rise in Newfoundland and Labrador’s caseload, Furey wore some of the blame for the disruption because he was the one who chose the election date.

New Brunswick Premier Blaine Higgs and B.C. Premier John Horgan faced no repercussions for their early election calls — but their provinces experienced no mid-campaign outbreaks. With a fixed election date law in Saskatchewan, Premier Scott Moe had the decision taken out of his hands.

Along with the potential for political blowback, there are the other complications to consider. Elections N.L. was unable to hold in-person voting in part because of a lack of willing volunteers — something that could affect Elections Canada and federal political parties alike. Travel restrictions could limit campaigning to certain parts of the country, leaving other parts completely excluded.

Turnout dropped to a record low of 48 per cent in Newfoundland and Labrador and also fell in the Saskatchewan and British Columbia elections. Federal turnout for a mid-pandemic vote could take a hit, too.

And then there are the politicians themselves. Recall that two of the five federal leaders — O’Toole and Bloc Québécois Leader Yves-François Blanchet — already have contracted COVID-19. An outbreak might do more than knock a campaign off message. It could literally knock a party leader out of the campaign.

So perhaps it’s time to put the spring election speculation to bed — at least for now.