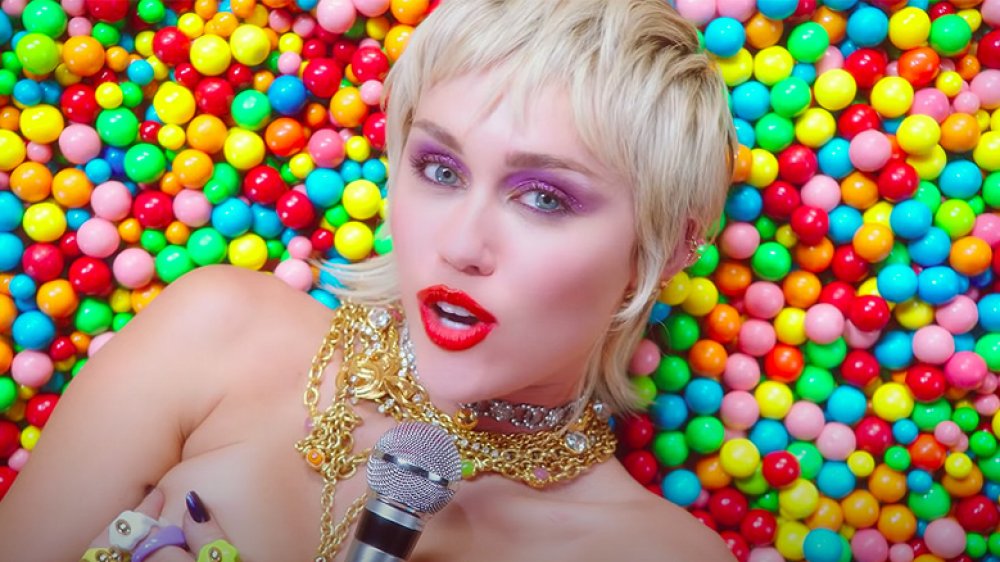 Although 2020 has been no “Party in The U.S.A,” Miley Cyrus is here to lighten the mood with her catchy — and pointed — new single. The Disney star-turned provocative pop-princess released “Midnight Sky” (fittingly) at midnight on Aug. 14, 2020, ahead of her forthcoming album, She Is Miley Cyrus, according to Billboard. The single, her first since her 2019 track “Slide Away,” is a disco-tinged celebration of independence that harkens back to eighties pop divas like Stevie Nicks and Debbie Harry, as relayed in a statement to Rolling Stone.

Cyrus, who’s never shied away from a fashion or musical reinvention, sounds more in control of her narrative than ever on the dance-ready track, singing, “I was born to run, I don’t belong to anyone.” She also released an accompanying, self-directed music video. In it, Cyrus dons shimmering designer wear — a sleek black Chanel jumpsuit, for starters — and rocks her new pixie mullet, the Daily Mail noted.

But “Midnight Sky” also coincides with something else, as just hours before the song’s release, TMZ reported Cyrus had split from boyfriend Cody Simpson after 10 months of dating. “Right now, two halves can’t make a whole and we’re individually just working on ourselves to become the people that we wanna be,” the star said on Instagram Live on Aug. 14, Vulture reported.

So is Miley Cyrus’ new song about Simpson… or someone else? Clearly, it’s been busy for the star, so let’s take a closer look at the meaning of “Midnight Sky.” 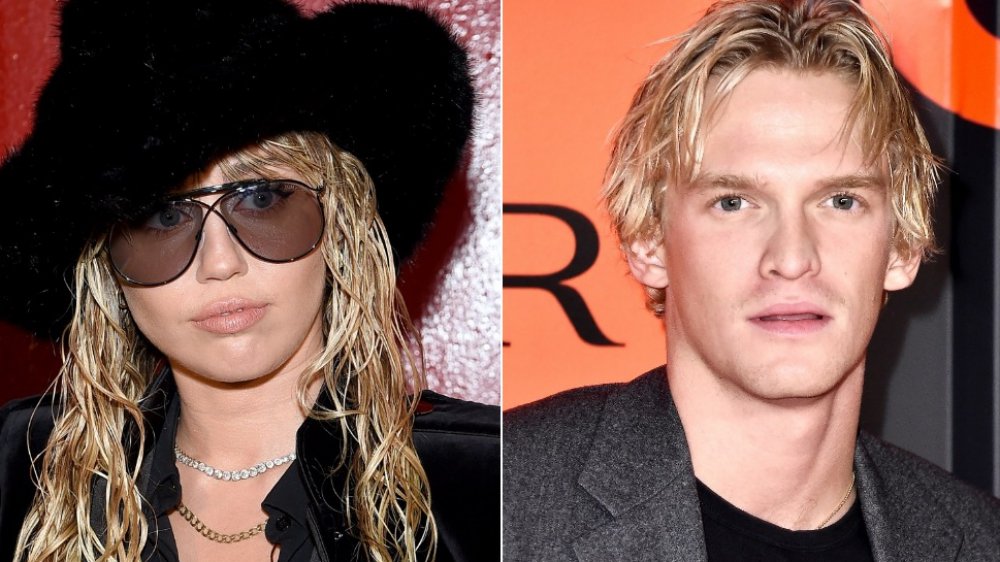 Is Miley Cyrus’ new single “Midnight Sky” about her ex-boyfriend, Cody Simpson? The split between the couple, who had been dating since October 2019, happened at some point in August 2020 and was amicable, TMZ reported. Cyrus addressed the breakup via Instagram live on Aug. 14, 2020, saying the two are staying friends. “It came out that me and my boyfriend have broken up…Don’t make it some drama story if next week we’re out hanging out or getting pizza — we’ve been friends for 10 years and we’re gonna continue to be friends,” she said,

So if her anthemic new single isn’t seemingly about Simpson, with lyrics like, “I don’t need to be loved by you,” it must be about someone. According to an interview with Zane Lowe on New Music Daily on Apple Music, the song is really about her ex-husband, Liam Hemsworth, and how the split played out in the press. “Talking about ‘Midnight Sky,’ specifically, I felt like my story and my narrative had kind of been told for me over the past year,” Cyrus told Zane Lowe on Aug. 13, according to Just Jared.

Here’s what Cyrus had to say about her marriage, and how she felt “villainized,” which she has since funneled into her rebellious and mature new song.

‘Midnight Sky’ is an ode to independence 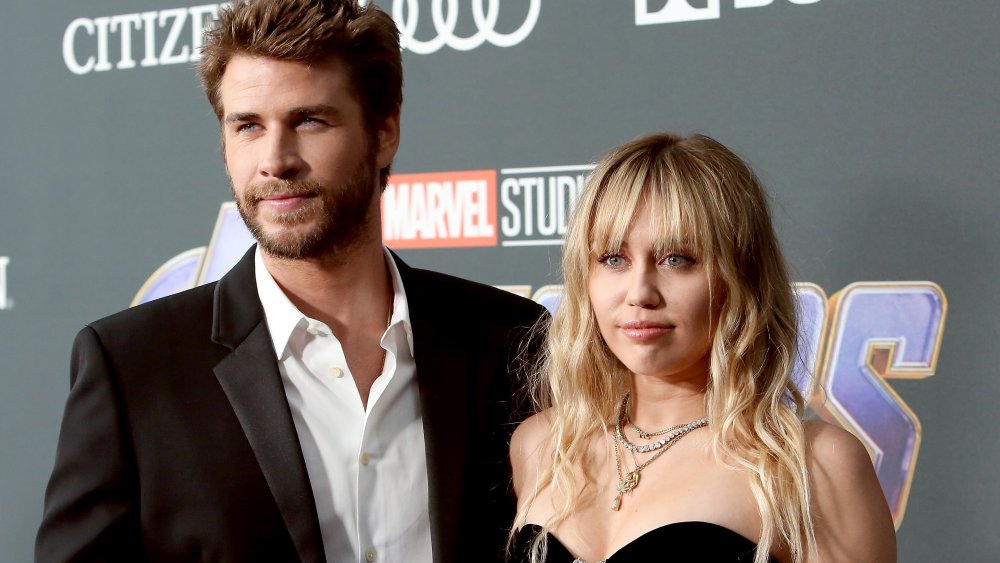 Apparently, Miley Cyrus’ new single “Midnight Sky” is actually about divorce and finding herself again, topics she knows well. Cyrus and Liam Hemsworth broke up in August 2019, after less than one year of marriage. But the duo — who first met on the set of The Last Song in 2009 — dated on and off for 10 years before tying the knot, per POP SUGAR.

Miley told Zane Lowe, per Nylon, “That narrative and that experience of ten years was told for me by one day from the eyes of a helicopter. I felt kind of villainized…It felt like I would rather be able to articulate this experience in a poetic way that also I can put back into my art.”

A particular lyric that sticks out? “But it’s been a long time since I felt this good on my own (Uh) / Lotta years went by with my hands tied up in your ropes (Your ropes) / Forever and ever, no more (No more).” Speaking on the concept of forever, Cyrus said during an appearance on SiriusXM (via ELLE), “That ‘forever,’ if it’s not successful or if you claimed something to be forever and you fail, then you’re a failure. And I just don’t think that. I think we’re kind of set up for devastation—in that, from the time we’re little kids, we’re taught to claim other humans as our best friends forever. And you just don’t know who you’re going to be sitting with here right now.”