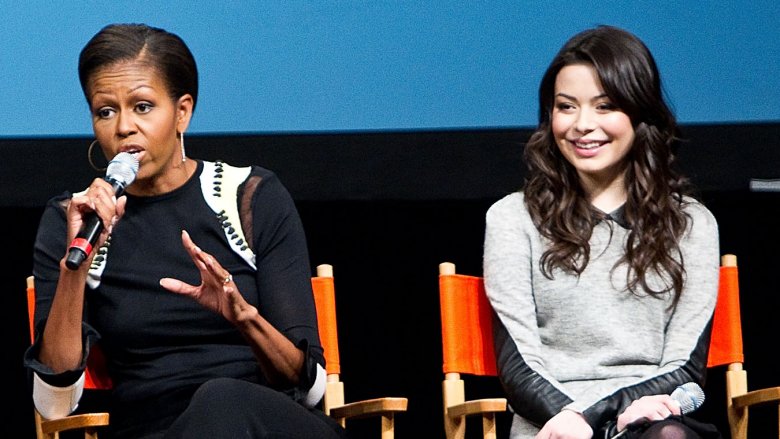 Nickelodeon scored a massive hit with the web star-themed iCarly when the series premiered in September 2007 with its “iPilot” episode. The show ran for a whopping seven seasons and had A-list guests including now-Oscar winner Emma Stone, Jimmy Fallon, then-First Lady Michelle Obama, Ariana Grande and even One Direction. Alas, in “iGoodbye,” which aired in in November 2012, the show bid farewell to its beloved Carly, Freddie, and Sam. So why did Nickelodeon pull the plug on the show?

The biggest reason was that iCarly‘s titular star, Miranda Cosgrove, was leaving for college. Cosgrove was 14 when the show began and had enrolled in the University of South California (USC), telling Parade that she didn’t even really take a break between shooting the finale episode and starting her first semester.

“I went right into college after we shot the show so that’s been keeping me busy,” she told the outlet in November 2012. Cosgrove, who first found fame in 2003’s School Of Rock, explained that she needed a break from the entertainment business. “I feel like I’ve been doing TV shows most of my life. I’m really enjoying college. I really love music but I’ve always wanted to act. So I’ll still read scripts and audition but for now I’m focusing on college.” Since leaving iCarly, Cosgrove has kept busy outside of college as well: She voiced Margo in Despicable Me 2 (2013) and Despicable Me 3 (2017) and starred in the TV series Crowded in 2016, as well as the 2015 indie horror film The Intruders.

Fans were able to enjoy a brief spin-off series, Sam & Cat, starring iCarly staple Jennette McCurdy and Victorious star (and occasional iCarly guest) Ariana Grande. The show was a remarkable success for the kids’ network and boasted the channel’s best live-action debut within the last three years at that point. Unfortunately, the show was canceled after just one season amid rumors of a rift between Grande and McCurdy, which TMZ reported was due to a major pay disparity between its two lead actresses — Grande, who was making her name as a pop star, reportedly took home a lot more cash. That kinda feud is enough to make you SighCarly.