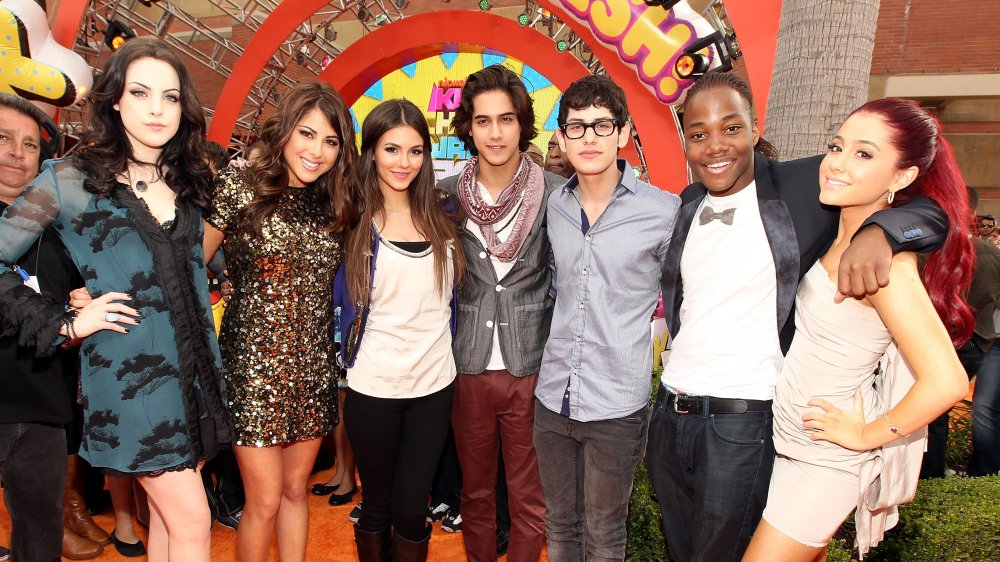 The real reason Nickelodeon canceled Victorious, When Victorious came to an end, rumors of a feud between Ariana Grande and Victoria Justice began. According to J-14, after a fan tried to blame Grande for the show’s cancellation, the “Thank U, Next” singer wrote on AskFM in 2013, “Sweetheart the only reason Victorious ended is because one girl didn’t want to do it. She chose to do a solo tour instead of a cast tour. If we had done a cast tour Nickelodeon would have ordered another season of Victorious while Sam and Cat filmed simultaneously but she chose otherwise.”

Many assumed that was a dig at Victorious’ namesake star, an idea fueled further after Justice reportedly wrote in a since-deleted tweet: “Some people would throw someone that they consider a friend under the bus just to make themselves look good. #StopBeingAPhony #IfTheyOnlyKnew.” In a seemingly related response, Grande tweeted at the time, “You just can’t hide from the truth.”

And the drama didn’t end there: In the summer of 2013, Grande appeared on the cover of Seventeen magazine and alluded to on-set controversy that some fans assumed was a dig at Justice. “I worked with someone who told me they’d never like me. But for some reason, I just felt like I needed her approval. So I started changing myself to please her,” Grande said, mentioning that the workplace dynamic made her “unhappy.” As her character, Cat Valentine, would say, “What’s that supposed to mean?”

Grande later clarified that quote in Seventeen, claiming she was talking about “a different work experience.“ According to the pop star, “My years filming Victorious were some of the HAPPIEST of my life and that cast is family to me.” She also told her fanbase, “Please don’t send hate to anyone, it’s undeserved and I would never want that.”