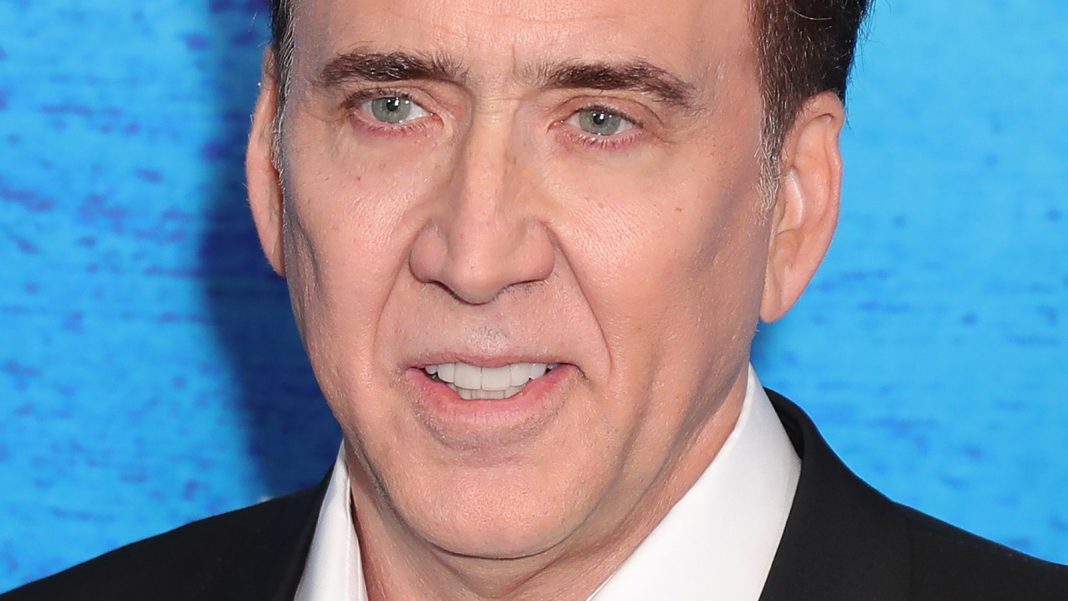 In September 2011, someone on eBay posited that the photo he was auctioning off circa 1870 was proof that Nicolas Cage is a vampire, On February 9, 2012 Cage addressed the bonkers conspiracy theory on David Letterman. Per Cage denied the claim.”There is a resemblance, but — how can I be polite about this? — it’s a somewhat slowed down version of me,” he told Letterman, via the Post. He went on to add that he doesn’t drink blood and has a reflection in the mirror.

Could this be Nicolas Cage’s 1870 vampire incarnation? (eBay/The Thanatos Archive)

Though the eBay seller eventually took down his listing, which at the time was going for $1 million, the listing explained his thinking. “Personally, I believe it’s him and that he is some sort of walking undead/vampire, et cetera, who quickens/reinvents himself once every 75 years or so,” the listing explained, according to THR. The listing went on to suggest that, in 150 years, the vampire Cage could be a politician, a cult leader, or even a talk show host. (There is irony there since Cage denied the claim on a talk show.)