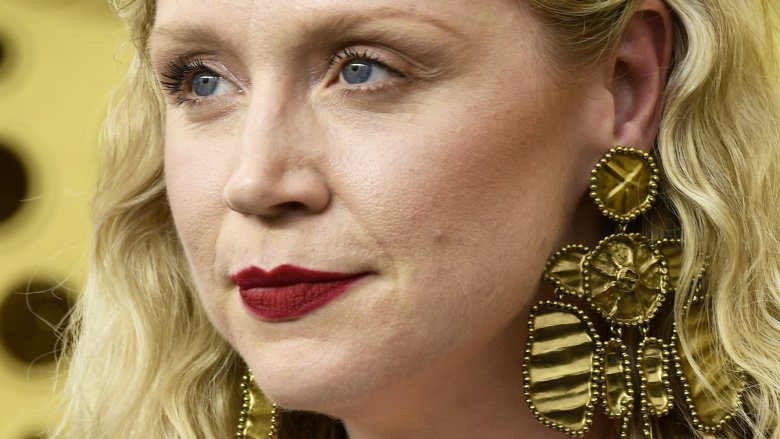 Orange Is The New Black actress Laverne Cox didn’t show up to the Emmys purple carpet just looking to make a fashion statement — she wanted to make a political statement, too. Every piece of her outfit, from her rainbow acrylic clutch to her choice of arm candy, was calculated to speak out about LGBTQ rights.

According to The 2019 Emmyswith a custom Edie Parker clutch that was emblazoned with the words “Oct. 8, Title VII Supreme Court.” On that day, the Supreme Court will hear the cases of Donald Zarda and Gerald Bostok, who were allegedly “fired from their jobs for being gay,” and Aimee Stephens, who was allegedly fired for being transgender. Title VII, which is the part of the Civil Rights Act of 1964, prevents discrimination on the basis of sex, but has been subject to various interpretations within the U.S. Court of Appeals. The Supreme Court will essentially set the precedent on whether or not Title VII applies to sexual orientation and gender identity.

“Maybe it’s about raising awareness so everyone knows that our lives are in danger,” the actress told E! News. “A lot of people aren’t talking about this case, and it has implications for the LGBT community.”