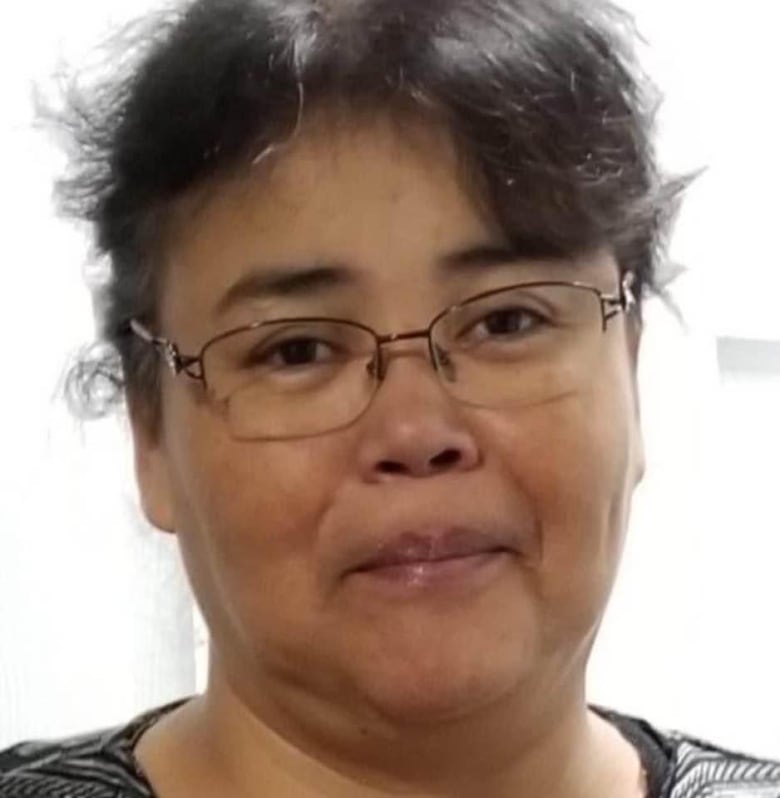 One of the two suspects on the run since a string of fatal stabbings in Saskatchewan on Sunday has been found dead, police confirmed on Monday.

Damien Sanderson, 31, was found dead with wounds that did not appear to be self-inflicted, said Rhonda Blackmore, commanding officer of the Saskatchewan RCMP.

His body was found in a heavily grassed area of the James Smith Cree Nation at about 11:30 a.m. on Monday, near a house police were examining as part of the investigation.

Police are still searching for his brother, Myles Sanderson, 30.

Ten people died in the attacks on Sunday in various locations in the province, including James Smith Cree Nation. The injury toll has risen to 18. Neither of these tallies include the Sanderson brothers.

Police from Saskatchewan, Alberta and Manitoba were searching for the Sandersons after the attacks prompted a dangerous-persons alert.

Police said Myles may have sustained injuries, though that has yet to be confirmed.

“We do want the public to know this because there is a possibility he may seek medical attention,” Blackmore said.

“Even if he is injured, it does not mean he is not still dangerous,” she added, noting that Myles has a lengthy criminal record involving crimes against people and property.

When asked whether Myles was a suspect in Damien’s death, Blackmore said police couldn’t yet say if he was involved.

“It is an investigative ​avenue that we are following up on.”

CBC News has confirmed that Lana Head, 49, is one of the deceased from James Smith Cree Nation. She leaves behind daughters Sable, 31, and Sage, 30.

Her death was first reported by APTN.

CBC News has also confirmed that 77-year-old Wes Petterson of Weldon and Gloria Burns, a 62-year-old first responder, are among the dead. Burns was killed in James Smith Cree Nation while responding to a crisis call during the stabbing spree, according to her siblings.

Saskatoon police earlier confirmed they’ve been searching for Myles Sanderson since May, when he stopped meeting with his assigned caseworker and was classified as “unlawfully at large.”

He had been serving a nearly five-year federal sentence for assault, robbery, mischief and uttering threats. He received a statutory release and then disappeared.

In an update posted to Twitter at 7:36 a.m. CST on Monday, Regina police Chief Evan Bray had said the two suspects were still at large, despite “ongoing, relentless efforts through the night” from Regina police and RCMP officers to apprehend them.

Blackmore said hundreds of Saskatchewan RCMP staff, from operators to major crime units, have been working on the investigation.

Police said there was no indication the two men travelled out of the province.

The Cree Nation and Weldon are within 60 kilometres of Prince Albert and about 20 kilometres from each other.

Police resources from across Saskatchewan, Manitoba and Alberta have been assisting with the multiple investigations, according to RCMP.

Myles Sanderson is described as:

RCMP had said before Monday’s briefing that the two men were believed to be in a black Nissan Rogue with a Saskatchewan licence plate 119 MPI.

According to police, the vehicle was last reported seen in Regina at about 11:20 a.m. CST on Sunday, though it hasn’t been confirmed.

The Canada Border Services Agency said it was working with domestic and international law enforcement to “ensure border security, intelligence and enforcement.”

The Federation of Sovereign Indigenous Nations (FSIN), which represents 74 First Nation communities in Saskatchewan including James Smith Cree Nation, joined a chorus of people offering their condolences to the James Smith Cree Nation after the “unspeakable violence that claimed the lives of innocent people.”

“This is the destruction we face when harmful illegal drugs invade our communities, and we demand all authorities to take direction from the Chiefs and Councils and their membership to create safer and healthier communities for our people,” said FSIN Chief Bobby Cameron in a statement late Sunday.

The FSIN also said it has been in contact with the federal government, which has committed to providing support to the communities.

Violence ‘has no place in our country’: PM

Before the latest police briefing Monday, Prime Minister Justin Trudeau addressed the country, expressing his condolences to those affected.

Trudeau said the federal government continues to monitor the situation closely and has spoken with the leadership of James Smith Cree Nation.

He said he also spoke with Saskatchewan Premier Scott Moe, and added that Ottawa will be there with the necessary resources “in this time of crisis.” 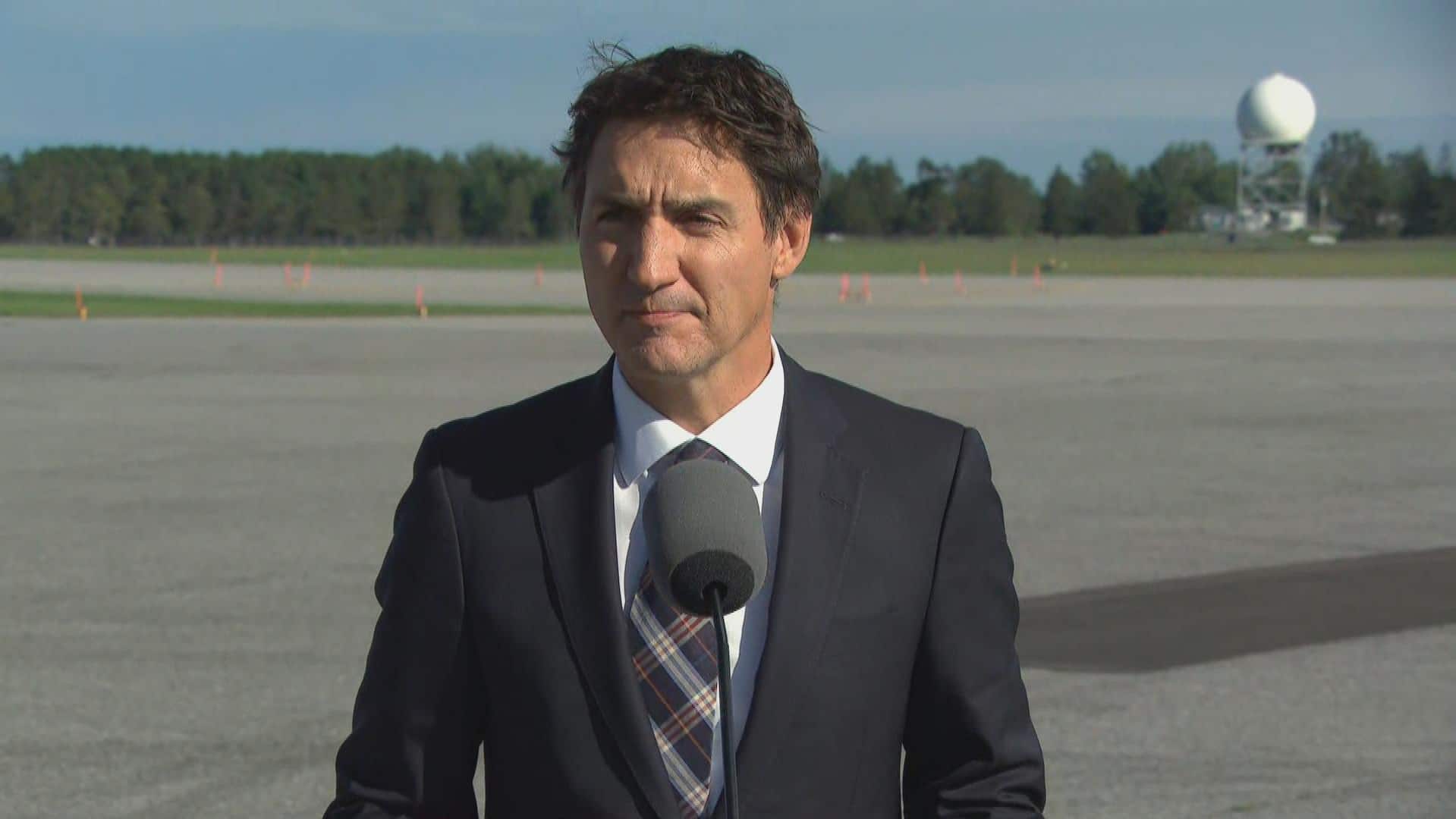 ‘This kind of violence has no place in our country,’ says Trudeau

Addressing the deadly attacks in Saskatchewan, Prime Minister Justin Trudeau says Canadians will receive support and should ‘be there for each other.’

Trudeau said “we’ll continue to work as partners in the weeks, months and years to come through grieving and healing.”

In a tweet published Sunday night, Indigenous Services Minister Patty Hajdu said she reached out to chiefs and leadership to mobilize supports “as quickly as possible.”

Indigenous Services Canada told CBC in an email it’s working with the Cree Nation, FSIN and Northern Inter-Tribal Health Authority (NITHA) to “identify and ensure health services and supports will be in place, including mental wellness support, for James Smith Cree Nation and neighbouring communities.”

The James Smith Cree Nation has asked for privacy.

Moe was among those who offered condolences Sunday to those affected by the stabbings.

The Saskatchewan government said in a statement late Sunday that it had activated Provincial Command, which helps co-ordinate and deploy resources, and deployed victim services to the community. It also supplemented other law enforcement resources with 16 staff from the provincial protective services.

In a statement posted to social media, Moe called the attacks “horrific beyond anything that any of us could ever imagine.” The premier said Saskatchewan is looking to provide safety and care to those affected and called for residents to provide any helpful information they may have to police.

Here’s my latest message on yesterday’s horrific attacks. <a href=”https://t.co/LQycWHIgtS”>pic.twitter.com/LQycWHIgtS</a>

The Saskatchewan Health Authority (SHA) entered a Code Orange following the influx of critical patients from the stabbings on Sunday.

On Monday, Anne Lindemann with the health authority said hospitals were no longer in a Code Orange.

WATCH | How the Saskatchewan tragedy unfolded: 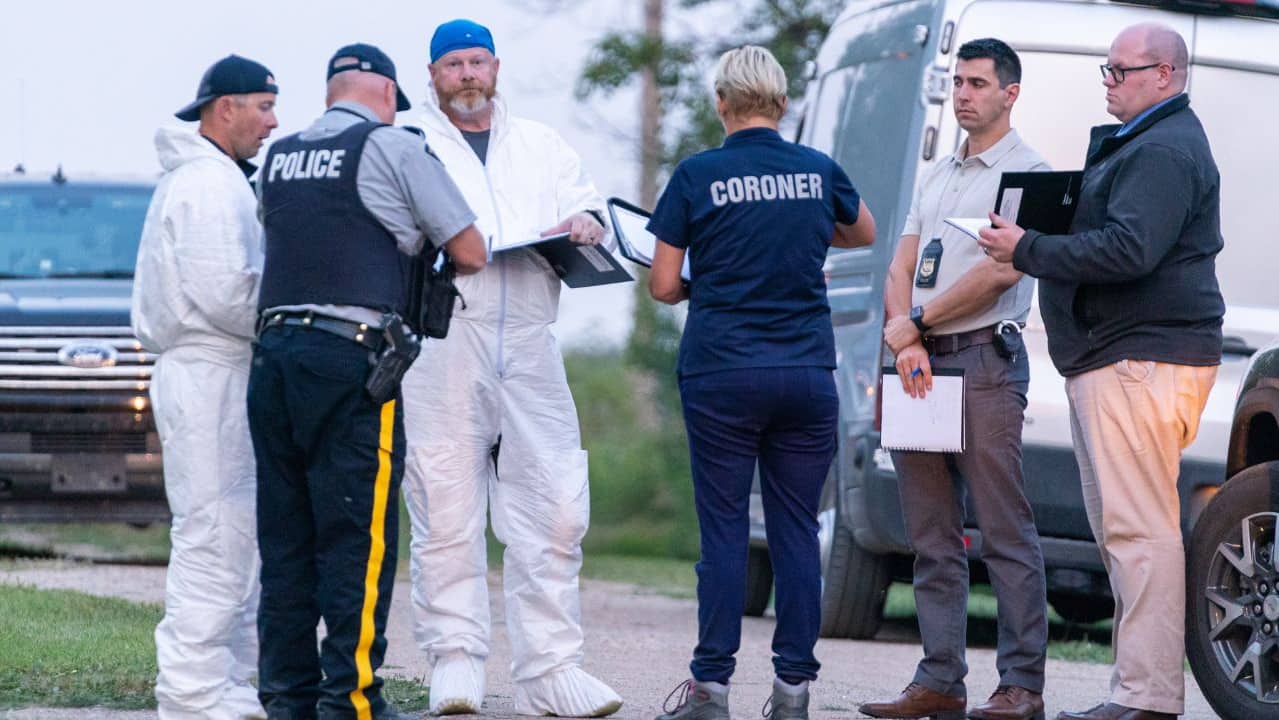 A timeline of how the Sask. stabbing rampage unfolded

What we know so far about when and where the stabbings of 28 people in Saskatchewan happened and the police response.

Four patients are in critical condition, nine are in stable condition and four have been discharged home to family, according to the health authority.

“Along with providing for the immediate medical care required for those affected, the SHA is working on deployment of mental health resources to families, communities, physicians and staff impacted,” Lindemann said in an email.

In an emailed statement on Monday, the Canadian Red Cross said it’s sending workers to the area to “provide comfort and support to family members and the community impacted” by the attacks.

The Red Cross said it’s working with James Smith Cree Nation and the FSIN with support from the Prince Albert Grand Council and federal government.

Support is available for anyone affected by the latest reports. You can talk to a mental health professional via Wellness Together Canada by calling 1-866-585-0445 or text WELLNESS to 686868 for youth or 741741 for adults. It is free and confidential.

The Hope for Wellness hotline offers immediate help to Indigenous people across Canada. Mental health counselling and crisis support is available 24 hours a day, seven days a week at 1-855-242-3310 or by online chat at www.hopeforwellness.ca.