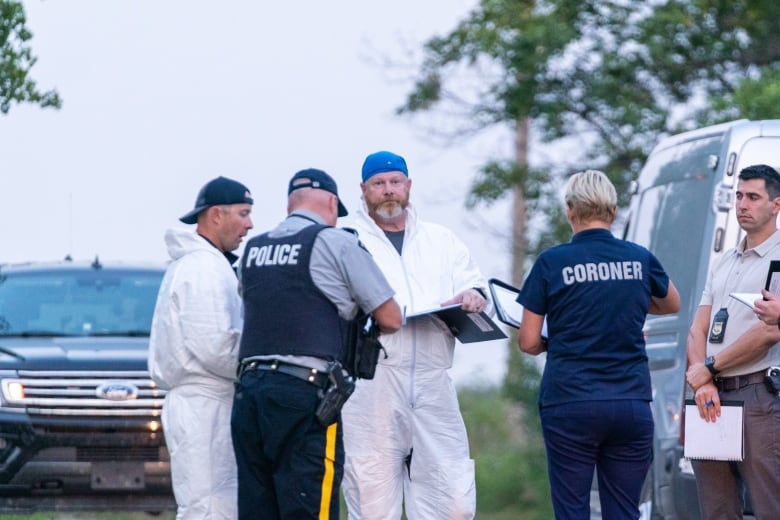 Long before he became the chief suspect in a mass killing and the subject of a multi-province manhunt, Myles Sanderson had a history of explosive violence, according to Parole Board of Canada documents from February of this year.

Over two decades, Sanderson, 30, racked up 59 convictions for assault, assault with a weapon, uttering threats, assaulting a police officer, and robbery.  Roughly half of the offences were for breaches or failure to comply with pre-existing orders. Because of his violent behavior he has a lifetime prohibited weapons ban.

Sanderson was one of two suspects wanted by police after a string of fatal stabbings in Saskatchewan Sunday left 10 people dead and many more injured. One of the suspects, Damien Sanderson, 31, was found dead on Monday. Police are still searching for Myles, who is Damien’s brother.

The parole documents paint a picture of a man who struggled with drug and alcohol use in late childhood and note that Myles Sanderson started using cocaine at age 14.

“Your regular use of cocaine, marijuana, and hard alcohol would make you ‘lose your mind’ and that you can be easily angered when drunk, but are a different person when sober,” the parole documents state.

The documents contain details of specific moments of rage, including a 2017 incident in which he forced his way into an ex-girlfriend’s home, talking about a gang, and punched a hole in the bathroom door where children were hiding in a bathtub for protection.

Once outside the home, Sanderson threw a cement block at a woman’s car windshield. A few days later, the documents say Sanderson threatened to murder a band store employee and then burn down his parents’ home.

In 2018, Sanderson stabbed two men with a fork and beat another man until he lost consciousness in a ditch. In June of that year he repeatedly kicked a police officer in the face while being taken into custody.

The documents also make reference to Sanderson’s childhood. His parents separated when he was nine and he grew up in an environment “involving physical abuse, domestic violence and instability.”

While incarcerated Sanderson had trouble following the rules and got in trouble twice for possessing contraband.  Despite those issues, in February of 2021 his security classification was reduced and he was transferred to a healing lodge.

Risk assessment tools found Sanderson to be at a medium-to-high and high risk categories to reoffend.

Sanderson was released from minimum security on statutory release in August of 2021, according to the documents, but the release was suspended in November of that year when his ex-spouse reported that they had been living together in contravention of the conditions.

The statutory release came with six conditions which prohibited Sanderson from consuming alcohol and drugs, required him to follow a treatment plan for substance abuse and domestic violence and to refrain from intimate relationships with women without written permission from his parole officer.

Sanderson was also ordered to avoid people involved in criminal activity and drugs and was barred from contact with four people, identified only by their initials.

The documents state that while on release Sanderson stayed sober, got a job, and was seeing therapist and was engaged in cultural ceremonies. They note he was working on managing his emotions and felt that his risk factors were manageable in the community.

But they also noted there were long-standing concerns about his behavior. 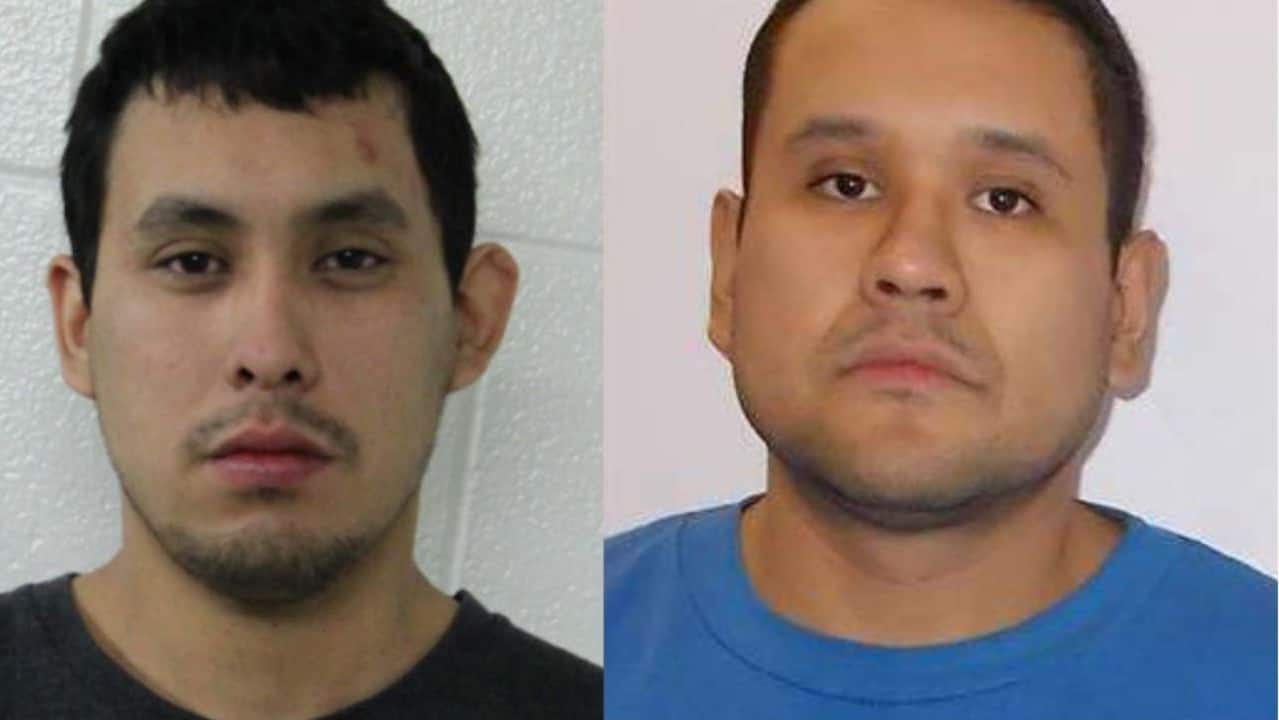 The parole documents for Myles Sanderson, one of the suspects in a series of fatal stabbings in Saskatchewan, paint a disturbing picture of an explosively violent offender with a lengthy criminal record.

The February parole documents reveal the board ultimately decided to cancel the November suspension of the release but left a reprimand in his file.

“It is the Board’s opinion that you will not present an undue risk to society if released on statutory release and that your release will contribute to the protection of society by facilitating your reintegration to society as a law-abiding citizen,” the documents state.

By May, Crime Stoppers had issued an alert for Sanderson who it described as being at large.

Saskatoon police earlier confirmed they’ve been searching for Myles Sanderson when he stopped meeting with his assigned caseworker and was classified as “unlawfully at large.”