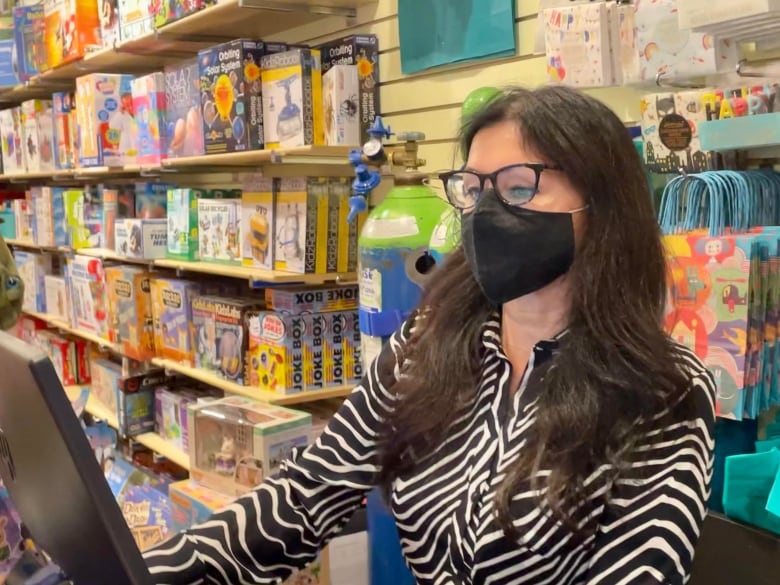 It’s not even Halloween yet. But to avoid any disappointment come December, retailers are urging consumers to get started on their holiday shopping.

“I would say get your kids to write their Santa Claus letters early and get them in the mail by October … because we don’t know where inventory is going to be,” said Sam Care, owner of Playful Minds, a Toronto toy store.

Care has received just 40 per cent of the products she’s ordered amid global delays in manufacturing and shipping. She says toys that are usually delivered in days are taking much longer to arrive.

“It’s been very challenging trying to get inventory in.”

Getting those presents under the tree this year is harder than it normally is because the pandemic has thrown a wrench into global supply chains — the complex process of getting consumers goods from where they are made to where they are sold.

The problems started in manufacturing last year when factories across Asia were forced to shut down due to COVID-19 outbreaks.

Rates for the route from China to the west coast of North America have jumped to more than $20,000 per shipping container, compared to $4,500 a year ago, according to Freightos.com, a global freight booking platform.

Meanwhile, widespread labour shortages meant not enough workers to unload those container ships. That’s causing record backlogs at ports on the West Coast, which is delaying goods from being loaded onto trucks to get on store shelves.

Kai Huang, an associate professor of operations management at McMaster University in Hamilton, Ont., said problems created by the pandemic underscore the fragility of the supply chain.

“When a disruption happens, certainly you find you have no backup plan for the disruption,” Huang said.

Logistics experts expect the supply chain problems will take months to iron out. That means during this year’s holiday shopping season, consumers can expect to have less choice — especially when it comes to the most popular toys.

The supply issues are extensive and will impact not just toys, but other holiday gift favourites, including video game consoles, board games and books.

Shoppers may pay a higher price tag this year, as inflation picks up and retailers pass on their own higher costs to customers. Wagar also predicted that waiting for a deal may not be the best strategy.

“Consumers over the years have gotten used to big sales during the holiday season … I think what can be expected is some of those may not be available.”