Students shut down Ibarapa Polytechnic over non-mobilisation for NYSC [PHOTOS] 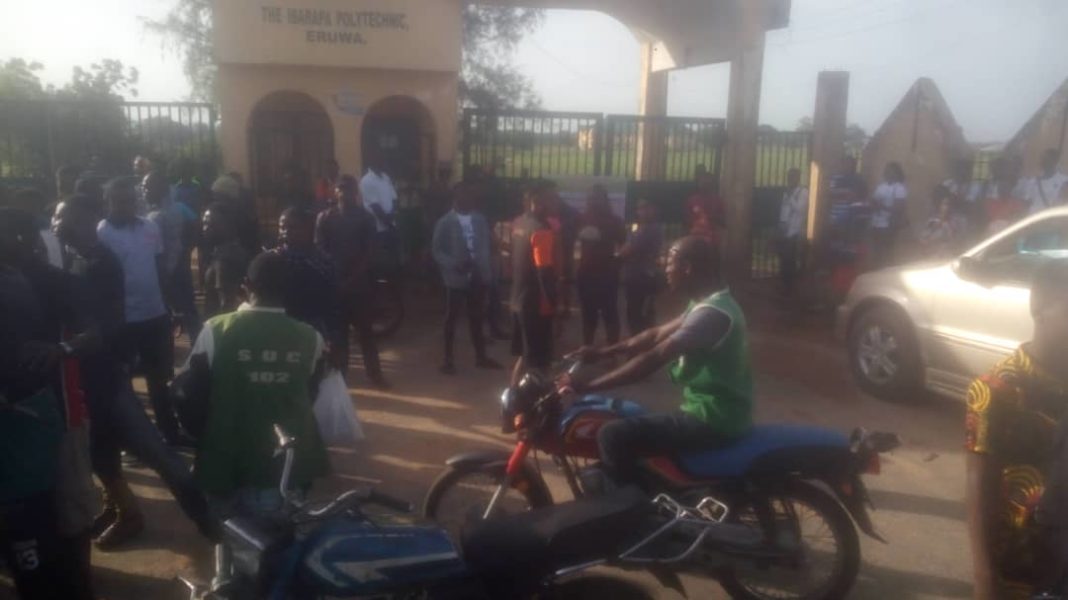 Academic and non-academic activities were on Wednesday paralysed at the Ibarapa Polytechnic, Eruwa when hundreds of ‘graduates’ of the institution, who are yet to be mobilised for the National Youth Service Corp (NYSC) program two years after their graduation, shut down the main gate leading to the school premises.

DAILY POST reports that Ibarapa Polytechnic Eruwa, which is one of the six tertiary institutions owned by the Oyo state government, was established as a satellite campus of the Polytechnic Ibadan on Tuesday 19 January 1982 and later converted into an autonomous Polytechnic in 2014 during the first tenure of Mr. Abiola Ajimobi, the outgoing governor of the state.

The angry students who are yet to collect their certificates and yet to be mobilised for NYSC program two years after their graduation added that they were left with no option than to shut down the institution. 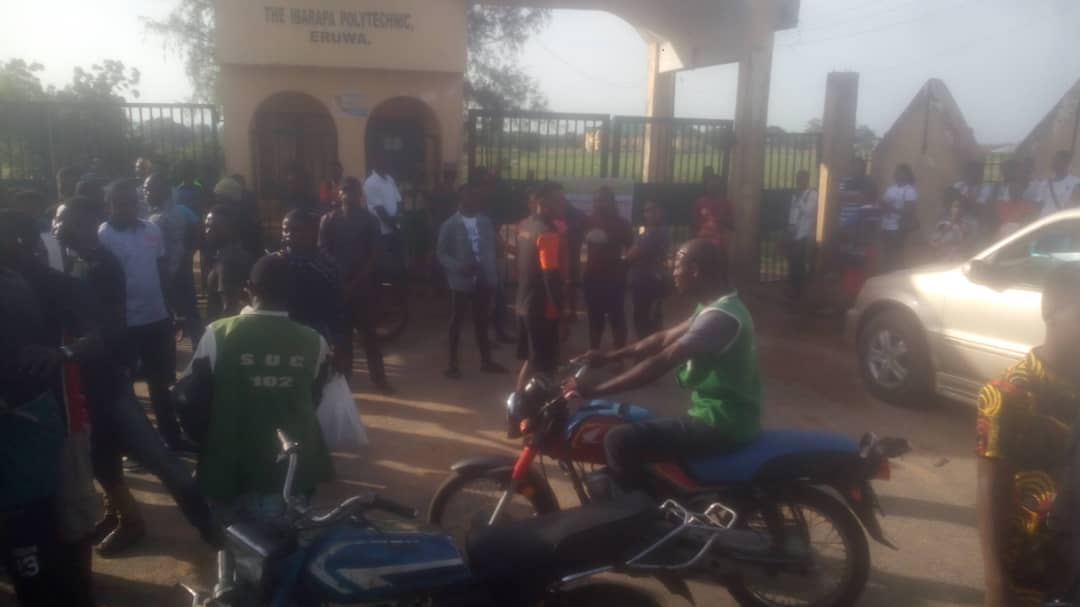 DAILY POST recalls that the students two weeks ago protested within the campus over the non-mobilisation and non-collection of their certificates two years after their graduation.

The angry students while shutting down the institution on Wednesday, complained that the institution management had failed in their responsibilities to resolve the issue they are having.

Chairman, National Association of Nigerian Students (NANS) Oyo State axis, Olujuwon Asubiojo, while speaking on behalf of his colleagues, said that the association was not interested in all the technical excuses given by the management of the institution, adding that what the students want is for the management to resolve the issue without any delay.

“What we are requesting from the school management is to resolve this problem on time, the Oyo State government should be ready to fund the accreditation and the management also should be accountable for all the money they have collected. 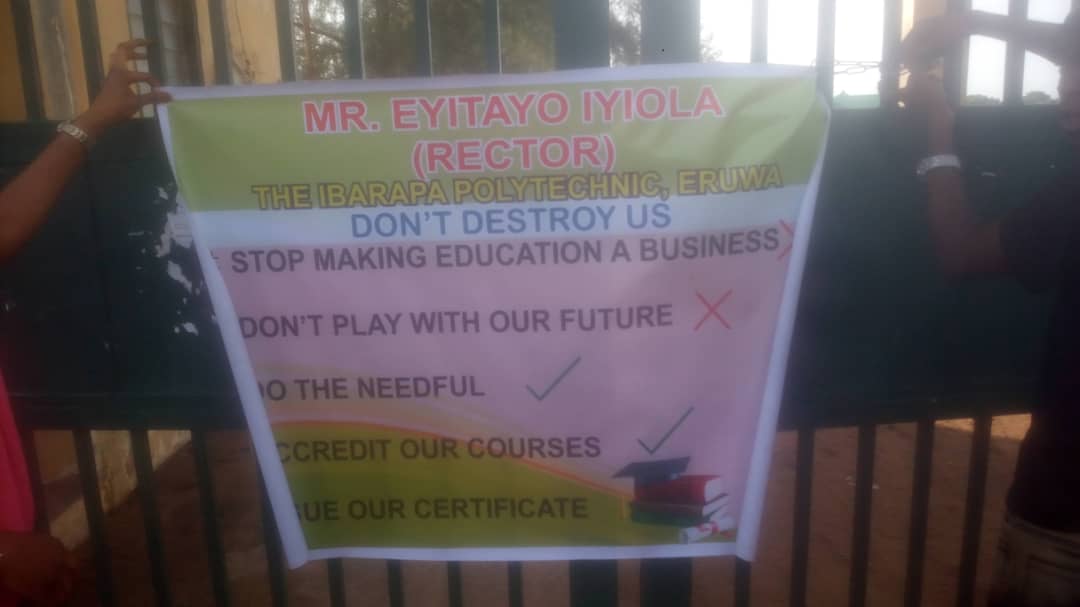 “We have not heard anything about this issue since our last protest, all our effort to get in touch to the authority concern was proved abortive, our problems are yet to be attended to and we are here to show our grievances.

Senate President, Federation of Oyo State Student’s Union (FOSSU), Wasiu Oke, who noted that the cry of the aggrieved ex students of the school has gotten to the association, added that FOSSU was ready to take up the struggle and make sure that the matter is resolve on time.

“We want to urge the Oyo State government to do their best to resolve this issue; the management of this institution in conjunction with the NBTE must also make sure that this problem is resolve on time.”

However, Rector of the institution, Mr. Eyitayo Iyiola while reacting maintained that the reason for the delay was due to the shortage of funds from Oyo State government.

Iyiola said that N600 million was proposed by the faculty of engineering for the procurement and upgrading of engineering materials so that the NBTE can inspect and accredit the courses.

Iyiola said, “The management of the school didn’t have enough fund to buy engineering materials to accredit the engineering courses, and we have been misinformed by the faculty concerning the accreditation.”

“Funding and misinformation was the basic cause of this issue, we have met several times and we keeps on saying the same thing, the issue we are having relies on finance. This problem will be resolve very soon because the National TETFUND has promises us some funds, together with other individual who has showed interest to assist us.”