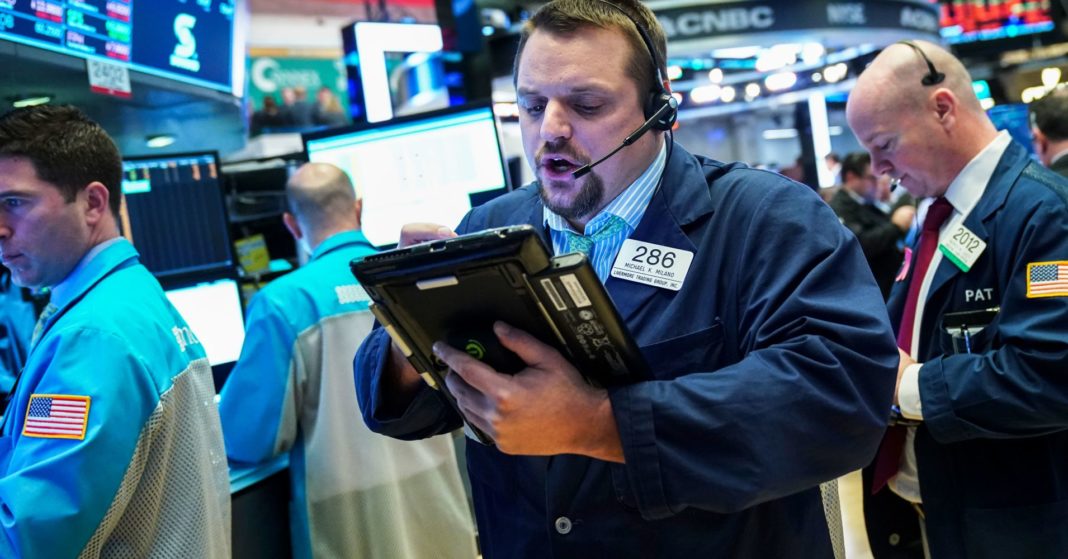 Target — The retailer reported adjusted quarterly profit of $1.53 per share, a penny a share above estimates. Revenue also beat forecasts. A comparable-store sales increase of 5.3 percent was above the consensus Refinitiv estimate of 5.1 percent, and Target also gave a better-than-expected full-year earnings forecast.

Kohl’s — Kohl’s earned an adjusted $2.24 per share for the fourth quarter, beating the consensus estimate of $2.18. Revenue was also above Wall Street forecasts, and the comparable-store sales increase of 1 percent during the quarter was above the 0.3 percent gain forecast by analysts.

Papa John’s — The pizza chain has reached a settlement with founder John Schnatter, who will resign from the board once a mutually agreeable independent director is appointed to replace him.

Hertz Global — Investor Carl Icahn sold part of his holdings in the car rental giant, according to a Securities and Exchange Commission filing. He cut his stake to 28.91 percent from the prior 35.27 percent.

Ciena — The maker of networking equipment and software reported adjusted quarterly profit of 33 cents per share, 3 cents a share above estimates. Revenue was also above analysts’ forecasts.

Alphabet — The Google parent is rated “buy” in new coverage at Needham, based in part on the value of YouTube and the so-called “network effect” where the addition of a new user adds value for other users.

Marriott — Marriott CEO Arne Sorenson will testify before a Senate Panel Thursday about the data breach involving the records of up to 383 million customers of its Starwood unit.

L Brands — L Brands will be urged by New York hedge fund Barington Capital to separate its Bath & Body Works unit from its flagship Victoria’s Secret operation, according to The Wall Street Journal. The paper said Barington has built a small stake in L Brands and plans to make its wishes known in a letter that it will send to chairman and CEO Leslie Wexner.

GameStop — GameStop announced a new stock buyback program of up to $300 million. The videogame retailer also said it is continuing its strategic and financial review.

Tyson Foods — Tyson was rated “overweight” in new coverage at Stephens, which likes the beef and poultry producer’s diversified product offerings, its prudent allocation of capital, and what it calls best in class operations.

Aurora Cannabis — Cowen initiated coverage on the cannabis producer with an “outperform” rating, noting its early 20 percent market share in Canada and saying the company was uniquely positioned to increase both its market share and profitability.