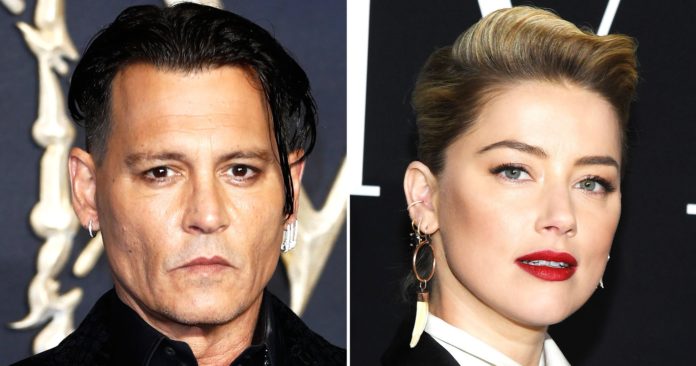 The acrimony between exes Johnny Depp and Amber Heard continues. Now, the Fantastic Beasts star is suing his ex-wife for $50 million, accusing the 32-year-old of defamation.

In court documents obtained by The Blast, Depp, 55, claims Heard’s “false allegations” against him are “an elaborate hoax to generate positive publicity” for her and to “advance her career.”

The suit specifically targets the December 2018 Washington Post op-ed that the Aquaman actress wrote. “Ms. Heard purported to write from the perspective of ‘a public figure representing domestic abuse’ and claimed that she ‘felt the full force of our culture’s wrath for women who speak out’ when she ‘spoke up against sexual violence,’” the court docs read.

Although Heard never mentioned Depp by name, the op-ed “depends on the central premise that Ms. Heard was a domestic abuse victim and that Mr. Depp perpetrated domestic violence against her,” the suit claims, adding that the op-ed cost Depp his job in the Pirates of the Caribbean franchise.

Furthermore, Depp’s attorneys allege that “Ms. Heard is not a victim of domestic abuse; she is a perpetrator,” and that her abuse allegations from May 2016 were “conclusively refuted by two separate responding police officers, a litany of neutral third-party witnesses, and 87 newly obtained surveillance camera videos.” Heard filed for divorce from Depp that same month, 15 months after the couple got married.

Earlier this year, the Golden Globe winner submitted new information in a separate defamation lawsuit against The Sun. “Mr. Depp filed new and previously unseen evidence with the U.K. court, including security camera video clips of Ms. Heard’s face in the days following her false beating claims, sworn depositions taken in 2016 from neighbors, eyewitnesses and building personnel who interacted with Ms. Heard in the ensuing days, and more,” lawyer Adam Waldman exclusively told Us Weekly on January 22.

That same month, The Hollywood Reporter published previously unreleased August 2016 documents containing testimony in which Heard described being afraid of Depp. “Johnny and I refer to his other personality, the part of him that is present when he beats me up — we call that the monster and have called [that] the monster for years,” she said in the deposition. “I was petrified of the monster.”

The former couple, who met on the set of the 2011 film The Rum Diary, married in February 2015. Their divorce was finalized in January 2017.