Steve Martin’s wife is young enough to be his daughter 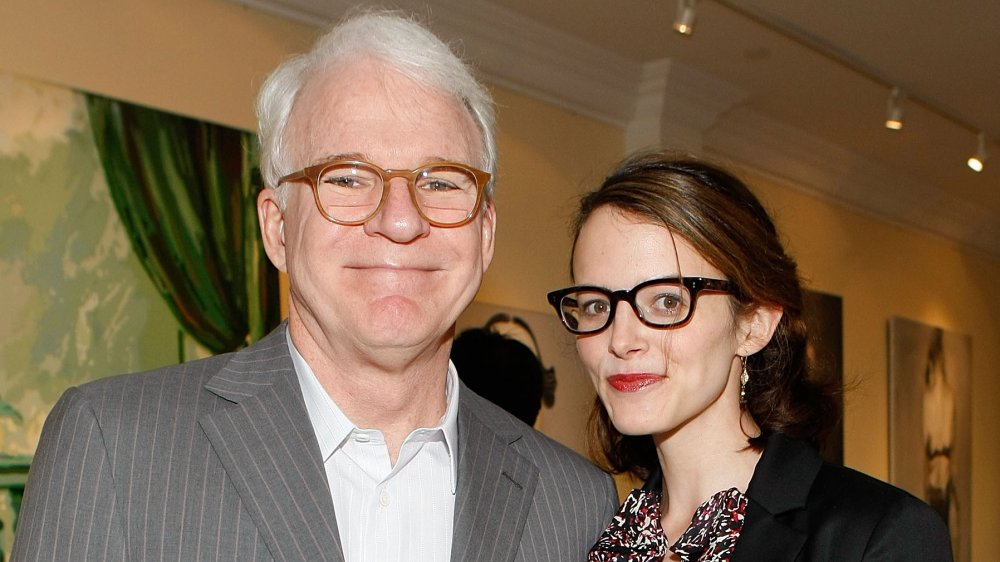 While Anne Stringfield is technically young enough to be Steve Martin’s daughter, the writer made Martin a first-time father with the birth of their own daughter in December 2012 — he was 67 and Stringfield was 41. Some may criticize his advanced age, Martin believes now’s the perfect time to embrace fatherhood. “I think if I’d had a child earlier, I would have been a lousy father because I would have misplaced my attention on my career,” he told AARP magazine. Martin added that, at his age, “you have all the time in the world.”

“You’re all set and secure in life, and you’re not building your career, so you have a lot of time,” he told the Daily Telegraph (via Vanity Fair). “When I was younger, I was selfish and focused on my career. Now I’m just hanging around the house playing with [my daughter]. It’s great.”

Since his beloved turns as the patriarch in both Father of the Bride and Cheaper by the Dozen, the actor became a fatherly icon to viewers across generations. Yet while Martin admitted to the Daily Telegraph he’s “not an action star,” he never thought fatherhood would become his “thing.” Still, as Martin told AARP, Stringfield is “giving me way more than I’m giving her.” Stringfield and their daughter remain out of the spotlight, more or less, but one doesn’t have to see the family dynamic to know Martin is happier than ever.