Steve Bannon Turns Himself In To New York Authorities 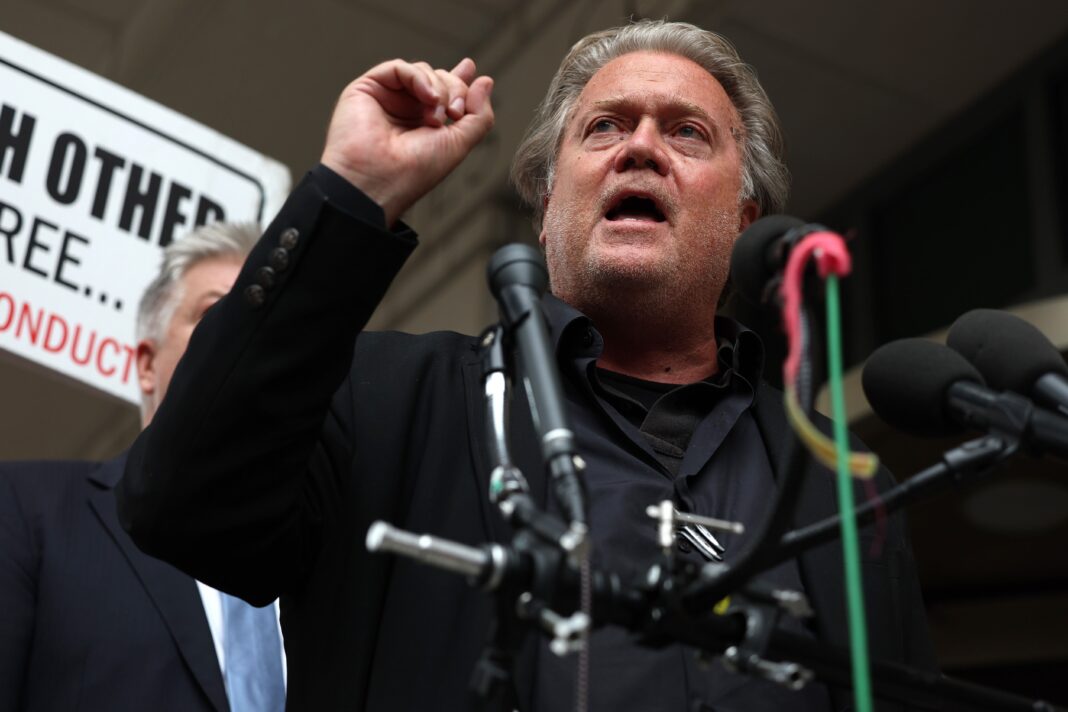 By Terry Paul
September 8, 2022
Steve Bannon turned himself into authorities in New York on Thursday as he faces new criminal charges reportedly related to an allegedly fraudulent scheme to build a wall on the U.S. border with Mexico.

According to The Washington Post, prosecutors in New York have been looking into Bannon’s role in a $25 million fundraising effort that aimed to make good on one of former President Donald Trump’s biggest campaign promises: constructing a wall to keep migrants out of the U.S.

Also read: Welcome To The O.C. Cast: Where Are They Now?

Federal authorities alleged in 2020 that Bannon spent nearly $1 million of the “We Build the Wall” funds on himself — paying for home renovations, a luxury SUV, a golf cart, jewelry, and other expenses — with the ex-White House adviser pleading not guilty at the time. Trump pardoned Bannon later that year.

But a presidential pardon does not preclude charges at the state level.

“This is nothing more than a partisan political weaponization of the criminal justice system,” he said. “I am proud to be a leading voice on protecting our borders and building a wall to keep our country safe from drugs and violent criminals.”

Many critics have argued that a complete wall on the southern border would be both costly and ineffective.

The initiative was spearheaded in December 2018 by an Air Force veteran, Brian Kolfage, who launched it as a GoFundMe campaign that elicited millions of dollars in donations over its first week. Kolfage aimed to secure $1 billion.

Bannon stepped in to help after the crowdfunding platform, questioning whether the funds were going to a legitimate construction effort, suspended the campaign. The initiative later became a nonprofit called We Build The Wall Inc.

Also read: The Celebrity Who Was Almost On The View Instead Of Jenny McCarthy

The group eventually built a 3-mile stretch of bollard fence along the Rio Grande, along with a half-mile wall outside El Paso, Texas. Kolfage and Florida venture capitalist Andrew Badolato pleaded guilty to federal fraud charges in April and face sentencing in December. A federal case against a third organizer, Colorado businessman Timothy Shea, ended in a mistrial in June.