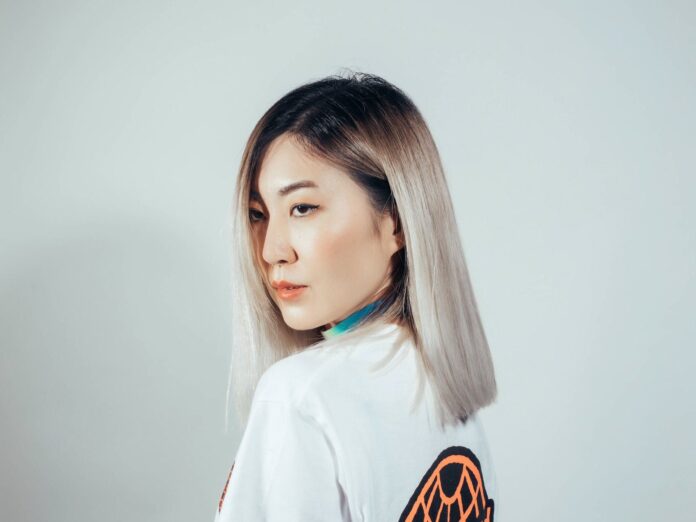 SOHMI is Somebody: Korean-American female producer, singer, and DJ SOHMI got started DJing and producing in 2018, learning both at the same time.

“Prior to that, however, you could say I had been a student of music my entire life – from starting classical piano at age 3 all the way through college, where I also performed in musical theater and sang/arranged music for my collegiate a cappella group,” she says. “As far as how I got started, it was all precipitated by a cross-country move to L.A. in 2016. During the first few months of getting acclimated to a new city and making new friends, I fell in with different pockets of people who were all super into electronic dance music across the entire spectrum, from the underground stuff to mainstream festival acts. Before that, I had never really had exposure to festival life or raves or proper house and techno. But these new friends took me everywhere and I just found myself in complete obsession with the sound, the culture, all of it. By 2017, I quit the tech job that I’d moved out to L.A. for and took a one year “sabbatical” for myself, spending the entire year going deeper and deeper into this world. By the end of that year, I decided I was ready to invest in some gear and start learning how to mix records – so I bought myself an XDJ-R2 on Black Friday… then left the box unopened for nearly two months out of intimidation and fear. But I finally got the courage to start messing around with it at the start of 2018. I was in a fair bit of debt by that point from living off of savings and credit cards for an entire year, but the pressure of it kept me focused I think and made me take the pursuit very seriously because there was no turning back at that point. I didn’t really have a fallback or backup plan.

It all started to get serious after one year.

“By 2019, I was playing at venues like Sound and Exchange L.A. in addition to some of the more underground warehouse parties,” she says. “I’ll never forget my first paid gig where I played my friends’ small underground party for maybe 20 or 30 people and got handed a small bit of cash at the end of the night; it wasn’t much, but from that moment on I remember thinking to myself, ‘okay, you get paid to DJ now. This is for real now.’ And I never looked back after that. By the following year in 2020, producing started to catch up to the DJing. I put out my first EP at the top of 2020 and by my second release later that year, my music was being played on BBC Radio 1. Thinking about it all still feels surreal to this day.”

She describes her sound today as a unique blend of house and techno.

“Of the deep and minimal variety – laced with my own emotive, pop-inspired vocals,” she says. “Or best described as, ‘minimal pop tech.’ It’s club-sensible dance music while also being the kind of thing you might want to get lost inside on your headphones. And though I feel like my sound continues to evolve in different ways with each release, I think there’s a feeling that’s always consistent through every single one. Love, longing, and nostalgia come to mind. It’s all very inspired by the magical feeling that both 90’s R&B and the best of modern pop somehow manage to fill you with.”

SOHMI says that electronic music is in a really interesting place at the moment, growing in many directions.

“Despite the prevalence of certain subgenres over others – for example, this sort of commercial tech house sound continues to dominate in the US – there’s truly something for every type of fan and listener out there,” she says. “Melodic is starting to have a big moment in addition to commercial tech house. It’s also interesting that mainstream pop seems to have developed a bit of a fascination with the space this past year, which brought us ‘house’ albums from traditionally non-electronic and very mainstream artists like Drake and Beyonce. I think that kind of corroborates the sentiment that electronic music is really growing legs and showing people what a creatively rich space it can be. It’s like the rest of the world is finally starting to catch on to the beauty of the underground sound, which I feel has long been misunderstood and underappreciated for being ‘repetitive’ and ‘boring’.”

Her latest release is the “Somebody” single.

“So ‘Somebody’ came about this summer when I joined forces with Sam Lassner, aka Prince Fox,” SOHMI says. “I had not written music together with anyone in a very long time – all my prior solo releases I had written and recorded/produced by myself in my bedroom – so I was in need of some new energy and inspirational flow. Sam was an intriguing writing partner to me because of his diverse background, where he’d written and produced a wide range of music that wasn’t limited to underground club records. I think ‘Somebody’ was the second track we ever worked on together, and it flowed really organically. We did it in his home studio, and I recall recording the initial vocal takes while he got up to take a bathroom break because I felt shy for some reason to sing in front of him! The humming motif which the song opens with is from the original first take where I was just messing around into the microphone. I was adlibbing melody ideas without intention of any of it being kept or used as is, but he heard something special in it and turned it into the recurring through-line of the record.”

“The song is a kind of letter to my childhood self, telling her that someday down the road all her dreams are going to come true,” she adds. “That someday, she’s going to be ‘Somebody’, as long as she keeps fighting and never gives up. It’s something I wish my younger self could have known, but is also a message that can hopefully inspire my fans today and anyone else taking on this journey of the artist because I know it’s hard and you’re going to think about giving up many times along the way.”

Looking ahead, SOHMI has plenty planned for 2023.

“I’m currently putting the finishing touches on my next single, which follows ‘Somebody’ as the second single from my forthcoming EP, Recital,” she says. “Before that drops this January however, I have a busy rest of December and 2022 on tour and will be closing out the year with an exciting run for NYE weekend: Echostage DC with Chris Lake on Dec. 29, Club Space Miami with Meduza on Dec. 30, and finally Proper NYE/NYD in San Diego. I’m also starting to work on what is probably my biggest musical project to date which I can’t share specific details about quite yet, but I can say it’s an absolute dream project with one of my favorite labels (which I have not yet released on) and I can’t wait to put it out into the world. So much to come in 2023.