Show me where polygamy is written in Bible – Fr Oluoma challenges Reno Omokri, others 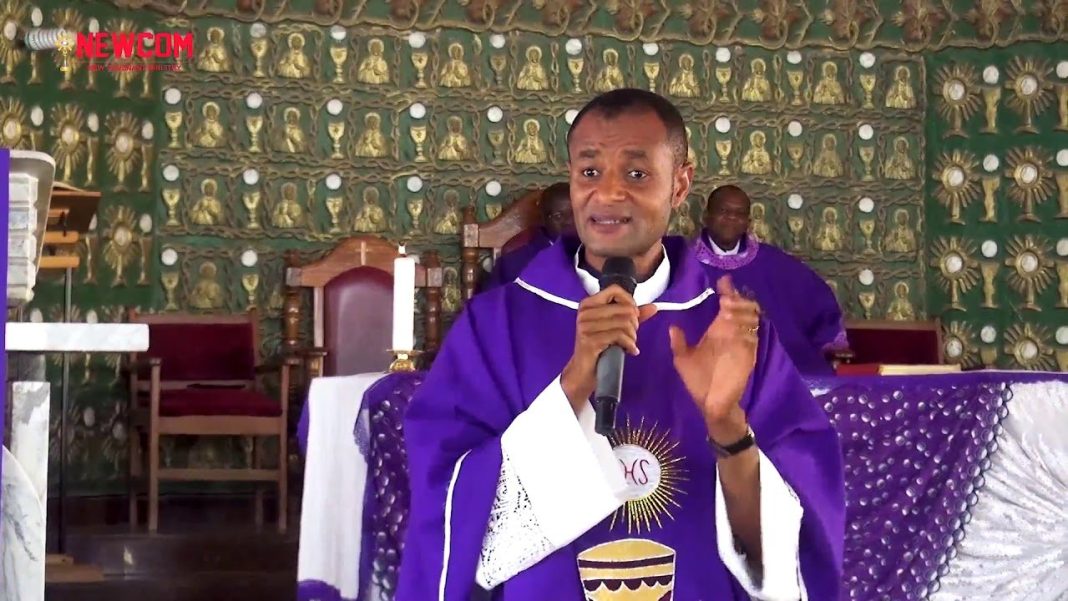 Popular Catholic Priest, Fr Oluoma Chinenye John has challenged those claiming that polygamy is allowed in Christendom to point out where it is captured in the Holy Bible.

wowplus reports that some Christian clergymen, including a former presidential aide, Reno Omokri while reacting to the decision by a Nollywood actor, Yul Edochie to marry a second wife, had claimed that the bible supports polygamy.

Also read: Tax Returns Stuck In Limbo For 50,000 Teachers Who Applied For A School-Supply Tax Credit

Reno had in a post on his verified Facebook page, said polygamy is only forbidden for bishops, overseers and elders, insisting that “monogamy is a western construct, not a Christian one.”

Citing the old testament part of the bible, some other Nigerians have said that polygamy exists in the scripture and should not be ascribed to a sin.

But Fr Oluoma, in a counter post on his official Facebook page, argued that not part of the bible justified polygamy, insisting that monogamy has been the ideal kind of marriage instituted by God since creation.

He said, “On polygamy, there’s nowhere the Bible mentions it as a doctrine. There are polygamous marriages in the Bible, but that doesn’t mean the Bible sets it up as the ideal.

Also read: This Doctor Is Saying Goodbye To P.E.I., Leaving 2,000 Patients Without A Family Physician

“The language of Gen 2:24 is monogamy: “This is why a man (singular) leaves his father and mother and is joined to his wife (singular) and the two become one flesh” Our Lord Jesus Christ will repeat the same thing in Matt 19.

“Monogamy is taken as the ideal way of marriage from the language of Gen 2:24: “that is why a man leaves his father and mother and is united with his wife, and they become one”. The language is singular and not plural.

“Then Adam was given one wife by God. If polygamy was the ideal, God would have given Adam more than one wife, the ribs to make more women were not lacking”.