Tax returns stuck in limbo for 50,000 teachers who applied for a school-supply tax credit 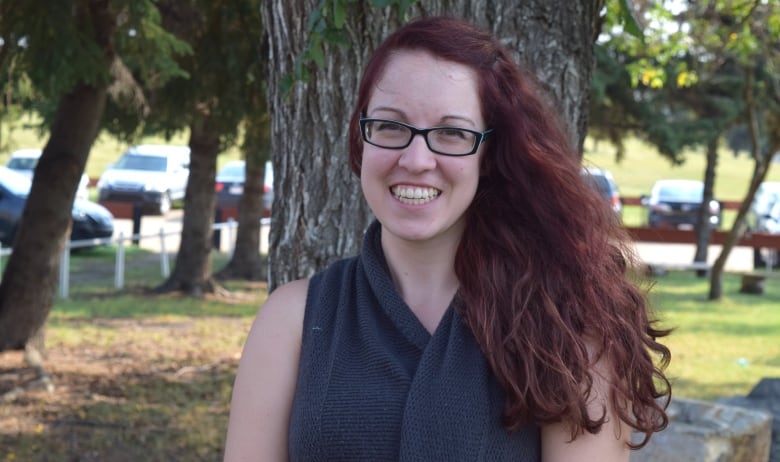 Elementary and junior high school teacher Kajsa Hansen said she was counting on her expected $12,467 tax refund to pay upcoming bills, such as a new battery for her motorized wheelchair.

But now the Calgary resident figures she’ll have to rack up those charges on her credit card. That’s because her refund is on hold due to a tax credit she claimed, which, it turns out, has yet to be approved.

“It makes me angry and frustrated,” said Hansen, who has a genetic condition that affects her mobility.

“Why is [the credit] there as something that I can claim if I can’t actually claim it?” she said. “There was no warning.”

The Canada Revenue Agency (CRA) is holding back approximately 50,000 teachers’ tax returns, the agency confirmed with CBC News — all because of a tax credit they claimed for school supplies purchased for their students.

In what’s known as the Eligible Educator School Supply Tax Credit, the federal government has upped the maximum teachers can claim from $150 to $250. The problem is, the increase is included in new legislation (Bill C-8) which has yet to be passed in Parliament.

Until the bill becomes law, any teacher who applied for the credit won’t be getting their tax return.

“It’s not just the tax credit, it’s the whole process of any other refund that they have is now being delayed because their returns are being put aside. And that’s just not right,” said Sam Hammond, the president of the Canadian Teachers Federation. “Some of them need that money.”

Elementary school teacher Chelsea Turcotte of Edmonton had hoped to use part of her expected $4,061 tax refund to cover a spike in her utility costs. But when she learned her return is in limbo, she had to make other plans.

“I’ve had to ask my mom for a loan,” Turcotte said, near tears. “It just breaks my heart that I have to go to that step but that’s where it is right now.”

Teachers didn’t get the message

Tax specialist Armando Minicucci said teachers could have avoided the delay by filing their taxes without claiming the credit at this time.

“You’ve got up to ten years to amend your tax return, so there’s plenty of time there,” said Minicucci, with the firm Grant Thornton in Toronto.

But that plan only works if you know about the problem in advance. CBC News interviewed five teachers who each filed their own taxes in February or March, and said they had no idea at the time there was an issue with the school supply credit.

“If they told us there was going to be a delay, I wouldn’t have bothered filing for it,” said Hansen, whose claim for the credit totalled just $68.

The CRA told CBC News that starting on Feb. 18, when it became clear the legislation would not be passed in time for the start of tax filing season, it sent notifications to tax preparers and tax software developers, and posted messages for tax preparers online.

The CRA made no mention of alerting tax payers.

CBC News found an alert posted on a government website describing the credit. However, according to an internet archive search, the message was added sometime on or after April 9.

‘A big enough deal that it’s causing some stress’

Hansen said she only learned about the issue after she called the CRA a couple of weeks ago to find out the status of her refund.

Elementary school teacher Kathryn Olson of Winnipeg said she found out why her expected $1,087 tax refund was delayed thanks to a post on social media by another teacher.

“I really, really wish that I had known that this was going to be an issue,” said Olson, a first-year teacher who’s still paying down student debt.

“It’s really hard as somebody who’s just starting off as a financially independent person. Like, $1,000 … it is a big enough deal that it’s causing some stress.”

‘Unfortunately nothing that they can do at this point’

Minicucci said teachers who’ve already filed can’t resubmit their return until they get their tax assessment from the CRA.

“There is unfortunately nothing that they can do at this point other than hope that the legislation receives royal assent sometime soon.”

Bill C-8 was tabled in Parliament in mid-December and has not yet passed third reading in the House of Commons. If and when it does, it still must be passed in the Senate.

National Revenue Minister Diane Lebouthillier’s office said the Official Opposition are to blame for the hold-up.

“Conservative members of parliament are playing political games with this bill to delay it from becoming law,” said spokesperson Chris MacMillan in an email to CBC News.

The Conservatives dispute the claim.

“Conservatives are opposed to Bill C-8 because it implements a portion of the Trudeau government’s 2021 Budget, which involved excessive borrowing and spending,” finance critic Ed Fast said in an email.

“This is not about political games; it’s about the Official Opposition doing its job in reviewing legislation, and it is up to the government to decide when it wants to vote on the legislation.”

Rather than finger-pointing, teachers hope both parties can work together to find a solution, so they can quickly pocket their refunds.

“I just want them to do their job,” said Hansen. “I went to work every day. I did my job, so I would like to get my money.”

Share
Facebook
Twitter
WhatsApp
Pinterest
Linkedin
ReddIt
Email
Print
Tumblr
Telegram
Mix
VK
Digg
LINE
Viber
Naver
Previous articleHow the N.S. gunman got his weapons and who may have helped him in Maine
Next articleYou can watch a parade of planets in the morning sky — if you get up really early