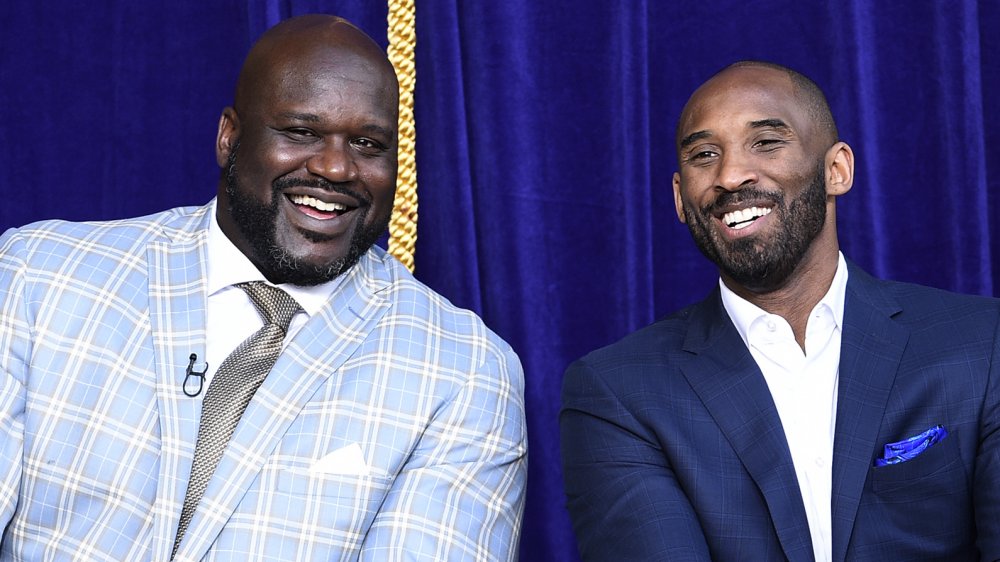 Shaq vows to make life change after Kobe Bryant’s death, Kobe Bryant was drafted right out of high school in 1996 to suit up for the Los Angeles Lakers. Shaquille O’Neal was drafted in ’92 but also joined the Lakers in ’96. However, because of Bryant’s rookie status, O’Neal supposedly told the press he wasn’t “going to be babysitting” Bryant, laying the shaky foundation for their fraught relationship. Rumors also suggest O’Neal may have been jealous of Bryant’s jersey sales.

According to Clutch Points, the feud truly gained traction during the 2000-01 campaign, when O’Neal allegedly showed up to training camp out of shape. O’Neal’s lack of preparation reportedly drove the Lakers to shift its offensive focus to Bryant. “O’Neal grumbled throughout the year about his diminishing role … he did not like the fact that Bryant had moved in on his territory to the point where he was almost an equal,” said Clutch Points. Despite these underlying issues, one thing was clear, the duo made an undeniably powerful pair.

Time softened the competitive edge between the two NBA legends, who became close friends. On The Big Podcast With Shaq, O’Neal admitted that he’d been watching old footage from their time together on the hardwood. “I’m glad we became closer,” he said. “But I just sit back and say what if?