Series Preview: Battle of the Bay 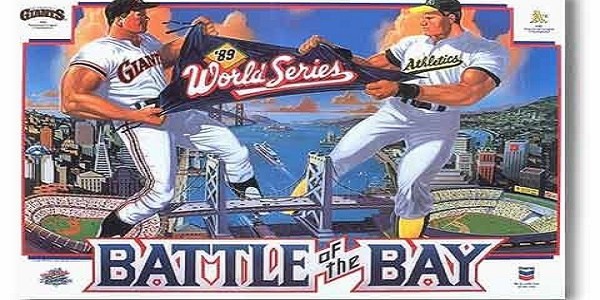 “Wherever you go, the moon still sets in Oakland. Wherever you may be, Oakland still is your home.”

Sonny Gray and Adam Rosales are gone, and they will be dearly missed for reasons both on the field and off. The two A’s were amongst the last connections to the A’s playoff teams from 2012-14, and both players made the most out of their time in the green and gold. But, from March until November, baseball never stops, and the A’s have to keep on moving forward and developing a new core for a new stretch of playoff runs. The last of the old guard is gone, and the destiny of the A’s is now in the hands of the players on the field.

With a paltry winning percentage of .377, the Giants officially have the worst win-loss record in all of baseball and are thirty five games back of the first place Dodgers in the National League West. The Giants are also twenty games back of the Wild Card. The Giants are coming into the series versus the A’s having just dropped three straight games against the Dodgers, who are in the midst of perhaps the strongest three months for any baseball team in the sport’s long and storied history. It is safe to say that, despite how frustrating this season has been for Oakland, at least they aren’t the team across the bay. This is a true statement at all points in life, but even moreso now.

There are many reasons as for why the Giants are bad this year. The first reason that the Giants are bad is that they are the one team in baseball with a collective OPS below .700, at a miniscule .677. The team’s slugging percentage doesn’t come even close to sniffing .400 and the Giants are just barely reaching base at above a .300 clip. Outside of longtime key players like Buster Posey and Brandon Belt performing well, injuries and regression and plain-old ineffectiveness have plagued the Giants’ roster from top to bottom, and there isn’t much help on the immediate horizon. The one rookie who had been working out for the Giants, Austin Slater, is currently out indefinitely with a hip injury.

It does the offense no favors that the pitchers who have made the most starts for San Francisco, with at least twenty starts apiece, all have ERA’s above 4.50. Part of the reason for that is Madison Bumgarner’s freak injury that sidelined him for most of the season, but there wasn’t a single player for San Francisco who stepped up to the plate and was able to make up some of Bumgarner’s missing performance. Matt Moore continued to struggle with his command and control, Jeff Samardzija continued to be surprisingly hittable despite his pure stuff, Matt Cain continued to regress to Tim Lincecum-esque levels of bad, and Johnny Cueto simply has not been effective. The Giants do play pretty good defense, so they have that going for them, and at least aren’t making their starting pitching woes any worse.

Buster Posey is just as good as ever and Brandon Belt remains uber-unappreciated by fans, but on offense, that is about it. Now that he is back and pitching like he did before his injury, Madison Bumgarner very well may be the second or third best offensive option the Giants have. He should probably DH for the Giants in the games that are played in Oakland. Other than those three players, the current roster is just plain bad.

The Giants took a team that had one of the worst second halves in all of baseball last year, did effectively nothing to change or improve the team during the offseason, and had one of the worst halves in all of baseball this year. The Giants then did very, very little during the days leading up to the trade deadline, and so San Francisco’s strategy ultimately appears to be to wait and see and hope that the team just magically gets better again, because in the past, the players on the team were once good enough collectively to win a couple of World Series. They are in grave danger of becoming the Phillies of the west unless there is a dramatic shift in how the front office is approaching the team on the field.

In a Post-Tradeline baseball landscape, the A’s need their youngest and core-y players to step up into leadership positions and begin to cultivate a new clubhouse culture and maintain the culture of winning that those team leaders established in the minor leagues. Veterans like Alonso and Lowrie are still around, for the time being, to help smooth that transition over. But ambitious and youthful leadership may be just what the team needs to become fundamentally sound and become serious competitors once more.

But for this series, the A’s really just have to remember who it is they’re facing, and not play down to the competition.