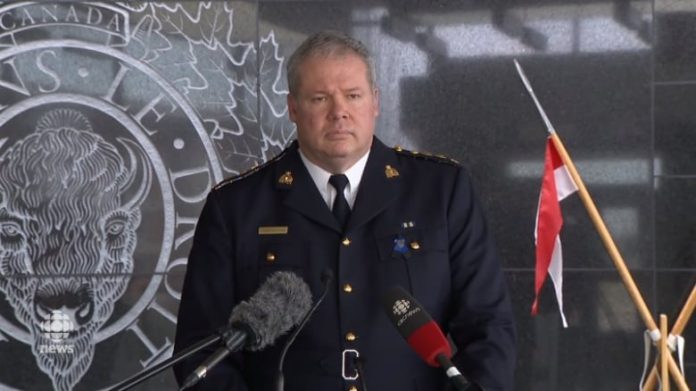 Two senior RCMP officers will testify this week at the public inquiry examining the mass shooting two years ago in Nova Scotia.

Supt. Darren Campbell and Chief Supt. Chris Leather are scheduled to speak to the Mass Casualty Commission for two days each, beginning with Campbell on Monday.

The commission is examining the circumstances surrounding the killings on April 18-19, 2020, when a gunman shot and killed 22 people over 13 hours in several communities throughout the province. The victims include a pregnant woman and an RCMP officer.

Campbell was the support services officer at the time of the shootings, the third-highest ranked Mountie in the province. He handled most of the public briefings after April 19, 2020, as investigators began interviewing hundreds of witnesses and combing through dozens of crime scenes.

The commission’s outline for this week indicates Campbell’s testimony will cover topics including public communications during and after the rampage and “further context regarding his involvement during the mass casualty.”

The force has been widely criticized for not providing information to the public about the gunman’s movements in a replica RCMP cruiser in a more timely manner. The Mounties relied on Twitter and Facebook to provide updates and didn’t notify the public that the gunman was driving a replica police car for more than two hours after confirming the information.

Families of the victims have also been critical of the information provided to them about their loved ones during and after the shootings.

Campbell’s handwritten notes taken during a meeting on April 28, 2020, touched off a political firestorm when they were released by the commission in June. The notes described a conference call with RCMP Commissioner Brenda Lucki, who berated the Nova Scotia management team for failing to disclose the types of firearms used by the gunman.

Campbell’s notes indicated Lucki made a comment about promising the Prime Minister’s Office and minister of public safety that information would be released. At the time, the federal Liberal government was getting ready to introduce new gun control legislation.

The federal opposition parties are accusing Lucki of applying political pressure to the Nova Scotia investigators to help the federal government build its case.

Lucki and Public Safety Minister Bill Blair will both appear Monday before a House of Commons committee investigating the allegations of political interference.

The commission’s schedule indicates Leather will be questioned about “internal and inter-agency communication” after the shootings.