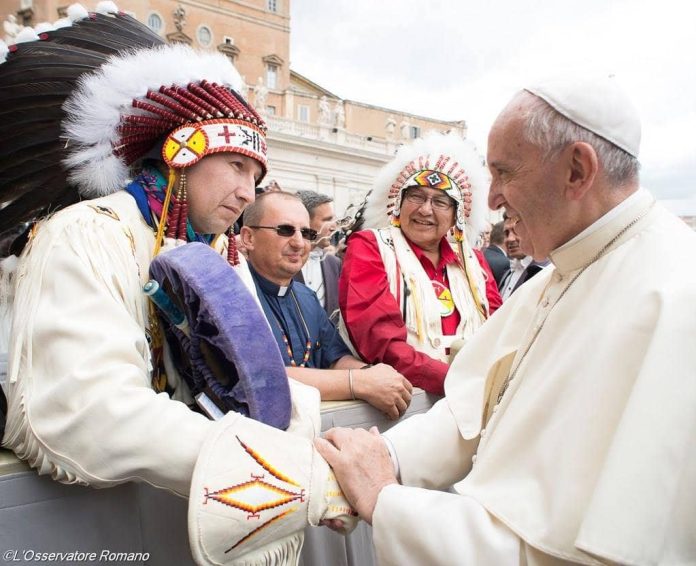 Margaret Swan’s voice becomes strained as she shares her experience at the Indian day school where she spent five years of her life.

“There was so much wrong. So many wrongs done in those schools,” said Swan, a member of the Lake Manitoba First Nation in Manitoba.

In the late 1960s and early 1970s, she was one of many children forced to attend Dog Creek Day School, which was operated by the Roman Catholic Church as part of a partnership with the Canadian government.

She says her experience at the school was filled with sexual, physical and emotional abuse. When it began, Swan was just seven years old.

Swan said the school was meant to strip Indigenous children of their culture and language, and left her and many others in her community with “no idea” how to properly parent their children. She said the community is still trying to climb out of the rut the system left them in. 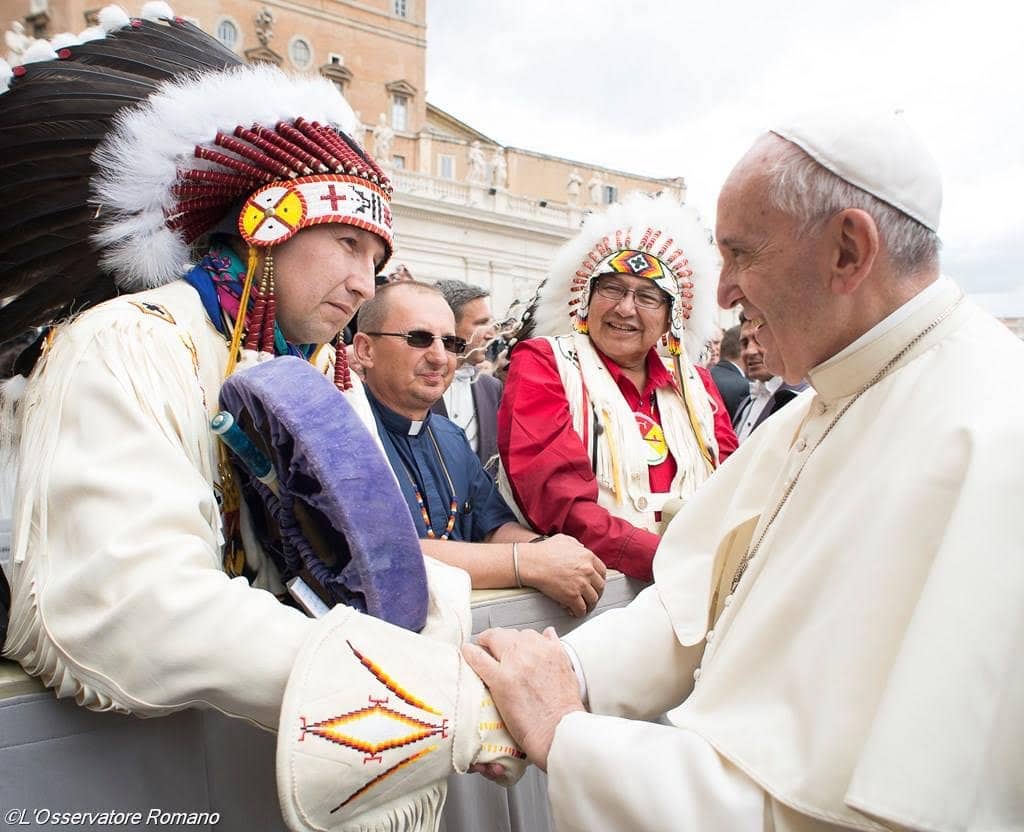 From invitation to arrival: Alberta chief reflects on six-year journey to papal visit

Despite the schools having been active across the country, experts say Canada has yet to truly reckon with the concept of day schools to the extent it has with residential schools.

Now, they may be left out of an important conversation with the Catholic Church that is set to begin this week.

A ‘system of Indian education’

On his trip to Canada, Pope Francis is expected to expand on the apology he made in Rome for the conduct of some members of the Roman Catholic Church in the residential schools once operated by his faith’s priests and nuns.

What is not clear is whether the Pope will apologize for the entirety of Catholicism’s role in what the TRC has called the “cultural genocide” carried out on Indigenous people in Canada.

In a statement, the Canadian College of Catholic Bishops said the Pope “will listen intently to Indigenous peoples, which will help inform his remarks. Ultimately, the decision about what he wishes to communicate belongs entirely to the Pope himself.”

Experts say that only recognizing the harm of residential schools would be problematic, as they were only part of the “system of Indian education” in Canada.

Operating under the umbrella of the then-Department of Indian Affairs, the education system was composed of residential schools, day scholars and day schools.

They’re now viewed as three distinct groups because of how the Canadian government has continually narrowed definitions in various settlement agreements.

Failing to recognize the entire scale of the education system means Canadians will likely hear calls for another apology from survivors of programs not considered to be residential schools.

“It’s just not kind of something added on after,” said Pind. “It’s something that is the exact same, as they’re two sides of the same coin.”

Students of day schools and day scholars were still forced to attend the institutions on a day-to-day basis, they were just able to go home at the end of the day, unlike those at residential schools.

But survivors of all three streams have stories of physical, mental and sexual abuse.

Larger in scope and scale

Day schools surpassed residential schools in both scope and the number of children that went through their doors.

According to the Truth and Reconciliation Commission of Canada, more than 130 federally supported residential schools were established in Canada, while the 2019 Federal Indian Day School settlement has identified 699 day schools located in ever province and territory except Newfoundland.

“Basically every decade that they were in operation, there’s more students attending Indian day school rather than a residential school,” Pind said.

The final residential school closed its door in 1996, while the last day school operated until 2000.

While the public has been made aware of residential schools through the Truth and Reconciliation Commission, the discovery of unmarked graves and the arrival of the Pope, Pind says there has not been a similar public process for day school survivors.

The Loop34:17Young Catholics and a Pope’s visit

It’s a complicated time to be Catholic in Canada. This week Loop host Clare Bonnyman talks with local young faithful ahead of the Pope’s visit to Alberta. Support is available for anyone affected by their experience at Indian or federal day schools, and those who are triggered by these reports. Individuals can access immediate mental health counselling and crisis intervention services at the Hope for Wellness helpline by calling 1-855-242-3310 or online at www.hopeforwellness.ca.

Pind stressed that it is important for Canadians to acknowledge the harm done by residential schools, but said they cannot forget day school students.

“This was a system that was orchestrated and perpetrated against children to really remove their identities,” he said.

In both cases, the Catholic Church played a prominent role, with the church operating more than half of the day schools (329) identified in the day school settlement.

Jarvis Googoo is a member of the We’koqma’q First Nation in Nova Scotia and was a student at the Wyacocomagh Federal School between 1985 and 1993.

He declined to describe his own experiences, but said it’s well understood that students at day schools suffered the same abuses as those at residential schools.

Googoo said any healing the Pope’s apology can provide to residential school survivors is important.

“The question becomes, OK, if that’s done, would there be a forthcoming apology for the Indian school students?” he said. “If it means the Pope comes back to Canada to make another apology, I am of the position, so be it.” 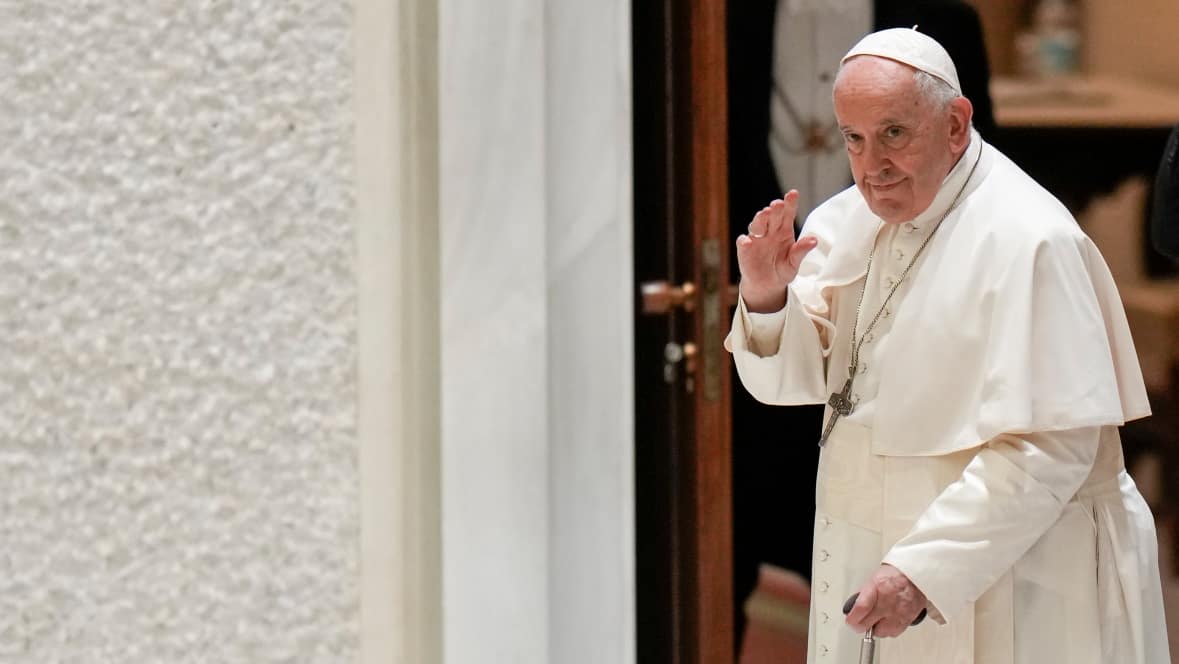 Pope Francis is expected to join survivors at the Ermineskin Indian Residential School in the community of Maskwacis south of Edmonton on July 25.

Googoo believes another inquiry, or even a royal commission, into day schools is necessary to move forward.

Swan agrees that more needs to be done.

The Lake Manitoba First Nation member said any apology from the Catholic church for its actions in residential or day schools is a “good first step,” but added that the wounds of the past cannot be healed with just a few words.

She’d like to see more done to help young Indigenous people heal from intergenerational trauma and a commitment to decolonizing the systems of government in Canada.

“I know no amount of money — I’ve always said this — will ever make up for the damage that was done,” Swan said. 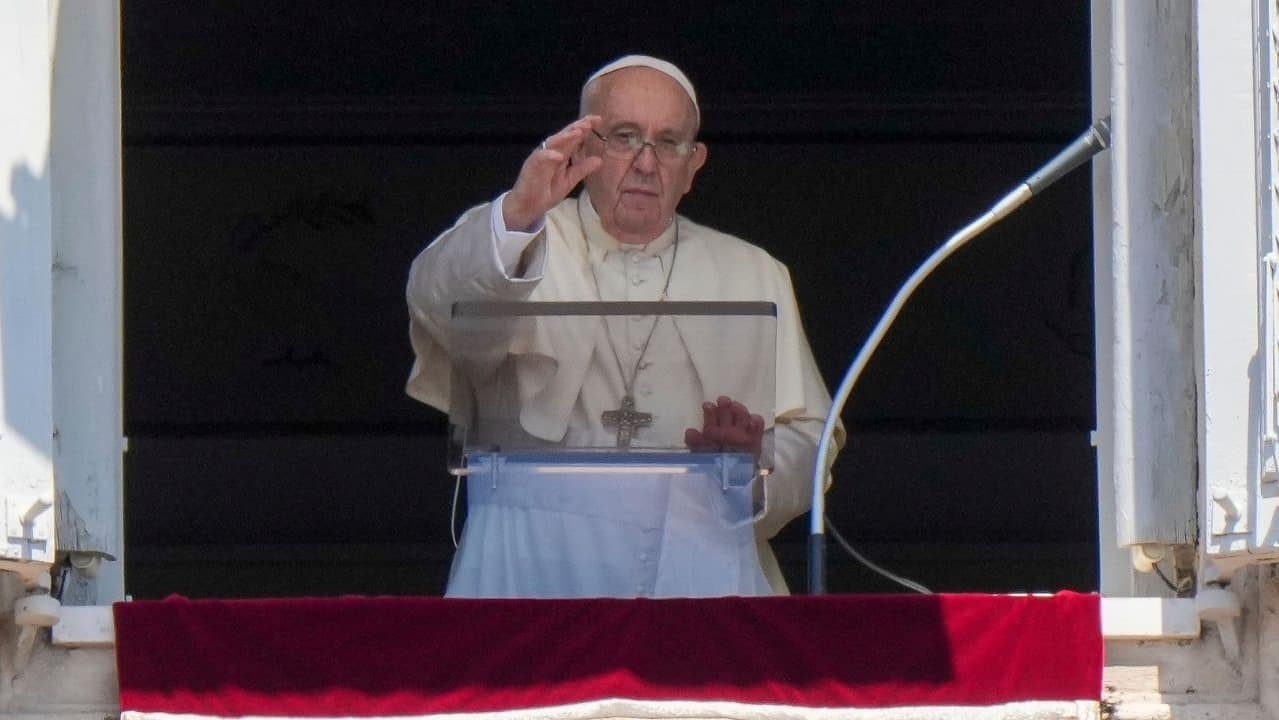 Pope Francis is set to arrive in Edmonton next week. During the cross-country trip, he is expected to apologize to Indigenous people for abuses inflicted by the Catholic church in residential schools.

Swan also believes more support systems should have been in place for the recently closed day school settlement.

While extensions were available on an individual basis, claims were supposed to be submitted by mid-June.

The settlement is especially close to Swan, because the man who originated the lawsuit, Garry McLean, was a fellow member of the Lake Manitoba First Nation.

He also attended Dog Creek Day School and experienced sexual, emotional, mental and physical abuse. He died in 2019, just a month before the federal government announced the settlement agreement and a year before the settlement’s claim process began.

Pind said an estimated 2,000 day school survivors die every year and that the ability to understand their experiences and the truth of the system goes with them. Pind has stressed that while the Canadian government has settled with day school students, the Catholic Church was not part of the settlement agreement.

The church has also not provided documents that were critical to claims made under the settlement agreement, complicating a process that was already difficult for many survivors.

“I think with the Pope’s arrival coming up … I really hope someone asks him a question about the Indian day schools,” Pind said.

The federal government has never made an official apology for its role in day schools.

Mental health counselling and crisis support is also available 24 hours a day, seven days a week through the Hope for Wellness hotline at 1-855-242-3310 or online at www.hopeforwellness.ca.