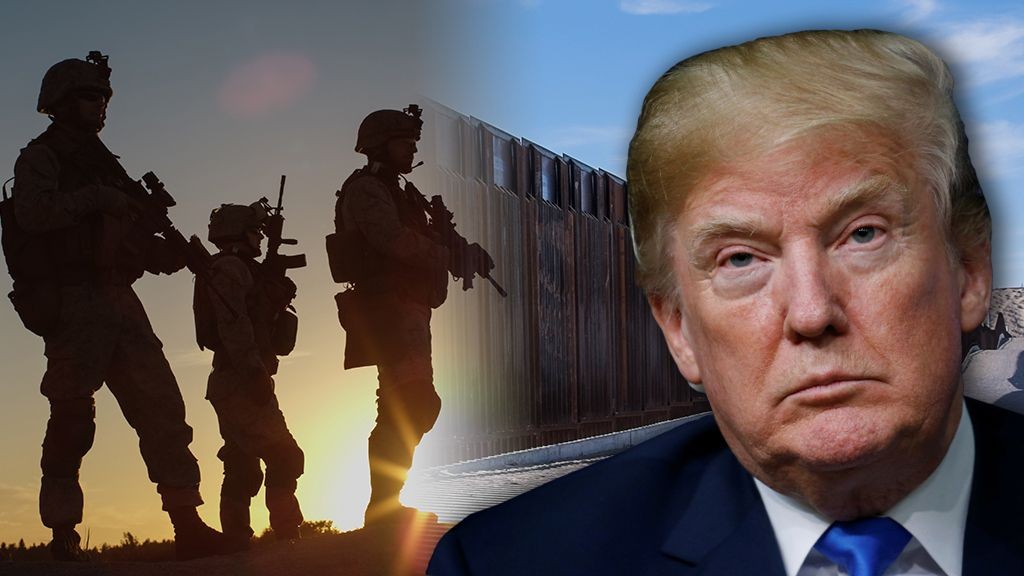 President Trump signed a proclamation Wednesday night to send the National Guard to the southern border immediately, a senior White House official told Fox News, in response to what the administration described as an “unacceptable” flow of drugs, criminal activity and illegal immigrants.

Homeland Security Secretary Kirstjen Nielsen said at the White House press briefing that the signing would be done in conjunction with governors and that the administration hoped the deployment would begin “immediately.”

“Despite a number of steps this administration has taken…we continue to see unacceptable levels of illegal drugs, dangerous gang activity transnational criminal organizations and illegal immigration flow across our border,” she said.

Details about what the National Guard would do and how many would be deployed and for how long were not immediately disclosed.

Under the George W. Bush administration, deploying the National Guard to the border cost $415 million dollars.

Nielsen pointed to what she described as increasing fraud and exploited loopholes among arrivals on the southern border, saying traffickers have been advertising that if migrants have children with them, then they are more likely to be released into the U.S. She also said that almost 50 percent of arriving aliens are from Central America.

“Traffickers and smugglers know that these individuals cannot under U.S. law be easily removed in an expeditious way back to their country of origin and so they exploit the loophole,” she said, adding that the ability to game the system acts as a magnet for more migrants.

She said that the administration has drafted legislation and will ask Congress to provide legal authority and resources to address the problem.

“We will not allow illegal immigration levels to become the norm,” she said. “More than 1,000 people a day, 300,000 a year violating our sovereignty as a nation will never be acceptable to this president.”

Trump had tweeted earlier Wednesday that he would “be taking strong action today” on the Mexico border, a day after he said that he wants to send the military to secure it until a wall is built. Arguing that the U.S. border laws “are very weak” compared to Mexico and Canada, he accused Democrats of wanting immigrants “to pour into our country unchecked.”

Former Presidents Barack Obama and George W. Bush had deployed the National Guard to the border in response to security issues.

The Associated Press reported that the White House was considering a model similar to a Bush-era operation, where in 2006 6,000 National Guard troops were sent to assist the border patrol with non-law enforcement duties while additional border agents were hired and trained.

Trump’s recent focus on illegal immigration appeared to have been partly motivated by a caravan of more than 1,000 Central American migrants heading toward the U.S. border.

Trump had threatened to end the North American Free Trade Agreement (NAFTA) and to cut foreign aid to countries such as Honduras, from where many of the migrants originate, if the caravan was not stopped.

Trump said Tuesday that he believes the caravan is being broken up after he had a conversation with Mexican officials.

Nielsen said on Tuesday that she had been advised by Mexican officials that “the caravan is dissipating” and that several hundred migrants had been repatriated.

“We will not accept the lawlessness of these types of efforts and those who choose to violate our laws, and those who conspire to assist others to violate our laws, will face criminal prosecution,” Attorney General Jeff Sessions said. “The Department of Justice fully supports the efforts of the Departments of Defense and Homeland Security announced today to secure our border. I will soon be announcing additional Department of Justice initiatives to restore legality to the southern border.”