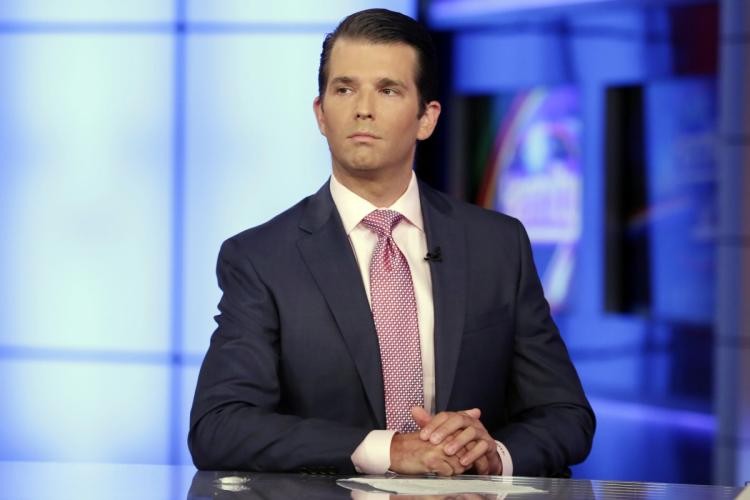 The Senate Judiciary Committee has preapproved subpoenas to force former Trump campaign chairman Paul Manafort and the president’s son Donald Trump Jr. to appear before the panel if they do not accept by Friday evening an invitation to appear next week.

Committee chairman Charles E. Grassley (R-Iowa) said Thursday that Manafort, Trump Jr. and a third invited witness, Fusion GPS co-founder Glenn Simpson, have until Friday night to accept the invitation to testify in a public hearing scheduled for Wednesday. If they do not accept, Grassley said, subpoenas would be issued “almost immediately.”

“We’ve already authorized” the orders, Grassley said, explaining that the committee’s top Democrat, Dianne Feinstein (Calif.), had also signed off on the orders in advance. “She and I don’t have to take any action — it’s already been taken.”

A member of Manafort’s legal team said they are considering the Judiciary Committee request, understanding that they have until Friday afternoon to respond. Previously, a Manafort spokesman said the former Trump campaign chair was cooperating with the Senate and House Intelligence panels and had not decided which committee to respond to first. The lawyer for Trump Jr., Alan Futerfas, did not respond to requests for comment Thursday.

But on Wednesday night, a lawyer for Manafort indicated that his client was still trying to determine which congressional panel to appear before first. Trump Jr.’s lawyer, Alan Futerfas, did not respond to requests for comment about his client’s plans.

Grassley scheduled the two senior Trump campaign surrogates to appear before the panel the same week as the Senate Intelligence Committee plans to interview the president’s senior adviser and son-in-law, Jared Kushner. That interview is scheduled for Monday, according to Kushner’s lawyer — although on Thursday, the Senate Intelligence Committee’s top Democrat, Mark R. Warner (Va.), indicated the committee was also planning on a second audience with Kushner.

The Monday meeting is “just a staff interview,” Warner said, indicating he was not planning to attend because “I’m going to see him at another time.” Warner did not specify when.

Kushner, Manafort and Trump Jr. are all expected to be queried about their interactions with Russian nationals and, specifically, about their participation in a June 2016 meeting in Trump Tower that was pitched to Trump Jr. as an opportunity for a Kremlin-connected lawyer to offer the Trump campaign damaging information about Democratic presidential nominee Hillary Clinton.

There were eight individuals present at the meeting, with the Russian side being represented by Natalia Veselnitskaya, a lawyer who had lobbied against the human rights sanctions bill known as the Magnitsky Act and its successor, the Global Magnitsky Act; Rinat Akhmetshin, a Russian-American lobbyist with experience serving in a Soviet military intelligence unit; Ike Kaveladze, a U.S.-based employee of a Russian real estate company who was once the subject of a congressional inquiry into money laundering; and a translator. Music producer Rob Goldstone, who had helped broker the meeting, was also present.

Senate Intelligence Committee Chairman Richard Burr (R-N.C.) said Wednesday that “all eight of those individuals will be important to us” and that “the committee’s going to reach out to everybody we feel has some contribution to make.”

Grassley has not indicated whether the Judiciary Committee plans to call as witnesses all of the others who were in that meeting. But Burr has scheduled Manafort and Trump Jr.’s testimony to occur concurrently with the testimony of two other witnesses: Simpson of Fusion GPS and William Browder, the chief executive of Hermitage Capital Management, which employed Sergei Magnitsky, the Russian after whom the bills Veselnitskaya has lobbied against were named.

Browder filed a complaint last year that Grassley has seized upon in recent months, alleging that Fusion GPS acted as an unregistered agent of the Russian government. Fusion is a research firm that is behind an unverified dossier detailing various salacious and otherwise compromising details of Trump’s activities in Russia. It once did research for the legal team representing the Russian company Prevezon in a civil court case; Prevezon is the company for which Veselnitskaya works.

Tom Hamburger contributed to this report.