Why is Trump surprised Jeff Sessions recused himself from the Russia investigation? 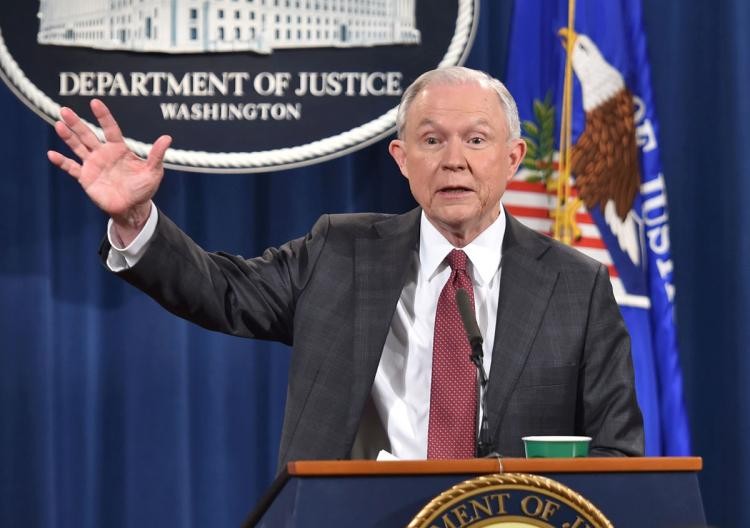 Four months after the fact, President Trump is still frustrated that his political ally and attorney general, Jeff Sessions, recused himself from overseeing the Russia investigation that is haunting the president.

“Sessions should have never recused himself, and if he was going to recuse himself, he should have told me before he took the job and I would have picked somebody else,” Trump told the New York Times in a shockingly candid interview Wednesday, even for the president.

But if Trump had been listening to anything Sessions said publicly about how he would handle a Russia investigation involving the president, Trump could have seen this coming.

Sessions didn’t explicitly promise to recuse himself from any potential FBI Russia investigation in his January confirmation hearing to oversee the Justice Department. But he did promise to seek legal counsel to avoid the conflict of interest of serving on the Trump campaign and then in the Trump administration. And that’s exactly what happened.

In early March, Sessions recused himself from the Russia investigation on the advice of Justice Department ethics officials, saying, “They said that since I had involvement with the campaign, I should not be involved in any campaign investigation.” In late March, then-FBI Director James B. Comey confirmed to Congress that they were investigating potential Trump collusion.

Sessions’s recusal also came immediately after The Washington Post revealed that Sessions had met with the Russian ambassador during the campaign and had not disclosed it to the Senate, leading to accusations by Democrats that he was trying to hide something.

Attorney General Jeff Sessions explained his recusal from the Russia investigation at a Senate Intelligence Committee hearing on June 13. (Reuters)

Several months earlier, at Sessions’s confirmation hearing, Sen. Richard J. Durbin (D-Ill.) asked Sessions whether he would recuse himself from any hypothetical investigation into the Trump campaign. At the time, the FBI hadn’t publicly confirmed it was investigating whether the Trump campaign helped Russia meddle in the 2016 election.

Sessions replied: “I would review it and try to do the right thing as to whether or not it should stay within the jurisdiction of the attorney general or not.”

Attorney General Jeff Sessions said he would recuse himself from any investigation involving the Trump campaign at his Senate confirmation hearing on Jan. 10. (Reuters)

His answer was a little wordy, yes. But at the time — and in retrospect — it looks as though Sessions was saying: If there were a Trump-Russia investigation, and if my impartiality were compromised (beyond being a Trump campaign adviser), I’d step away from it.

That same day, Sessions had promised to senators that he would recuse himself from any Hillary Clinton email investigation on the basis that he had criticized Clinton on the campaign trail. Sessions had given an opinion on the matter and the attorney general, he said, shouldn’t act “in any way that would suggest anything less than political objectivity.”

Logic follows — and Sessions indicated — that if he did something that revealed an opinion about the president, he would recuse himself from any relevant investigations.

“I would review it and try to do the right thing as to whether or not it should stay within the jurisdiction of the attorney general or not,” Sessions said.

In fact, impartial justice was the overriding theme of two days of Sessions’s hearing. Senators on both sides of the aisle knew how close Sessions had become to Trump — he was one of the president’s first big-league supporters and closest advisers on the campaign.

Sessions set out to assuage Congress’s concerns that he’d be some kind of crony for Trump, a candidate who didn’t express any real regard for the rule of law during the campaign.

“If a president wants to accomplish a goal that he or she believes in deeply, then you should help them do it in a lawful way,” Sessions said, “but make clear and object if it’s an unlawful action. That helps the president avoid difficulty. It’s the ultimate loyalty to him.”

If we follow Sessions’s public testimony, it doesn’t really make sense that Trump was caught off guard by Sessions’s recusal. It’s clear Sessions had considered the possibility, and he promised to do what was legally and ethically correct, not politically expedient.

That leaves us with two other options for why Trump is still so mad about this: It’s possible Sessions told Trump something else in private. Or the president is throwing others under the bus — he tried to discredit many of the officials involved in the Russia investigation in the same New York Times interview — before the bus hits him.