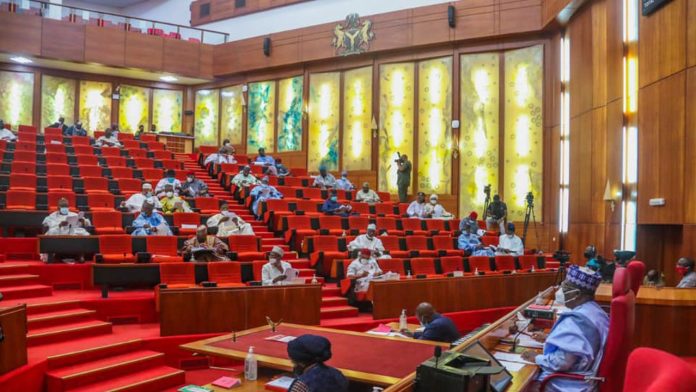 The Nigerian Senate on Wednesday confirmed Alhaji Umar Yahaya as Co-Chairman of the governing council of Unclaimed Funds Trust Fund on Wednesday in Abuja.

The confirmation followed a satisfactory report by the Senate Committee Chairman on Banking, Insurance, and other Financial Institutions, Senator Uba Sani.

Senator Sani in his report asserted that the nominee was screened in line with the parliamentary procedure and found competent to serve in the capacity President Muhammadu Buhari nominated him.

He said Alhaji Umar Yahaya was not opposed to a petition for any reason, hence, it would be appropriate for the Senate to confirm him immediately.

Also read: ‘Scream Queens’ Cast: Where Are The Stars Now?

“That the Senate do receive and consider the report of the Committee on Banking, Insurance and Other Financial Institutions on the confirmation of the nomination of Umar Yahaya for the appointment as Co-Chairman of the Governing Council of Unclaimed Funds Trust Fund,” he said.

After contributions to the report by Senators, the plenary went into the committee of the whole and confirmed the nomination.