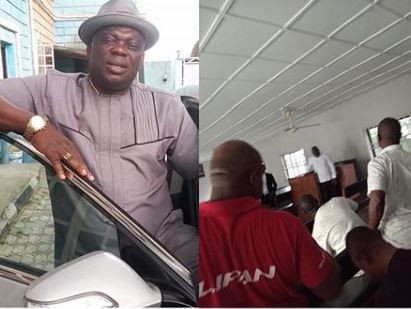 The former Security Adviser to the Bayelsa State Government, Chief Perekeme Richard Kpodo, has been accused of rape and unlawful detention of one Teke Blessing in his hotel in Etegwe, Yenagoa, Bayelsa.

The incident allegedly occurred on the 20th of June, 2018 and he was arraigned today at the Yenagoa magistrate.

He, however, pleaded not guilty and was ordered to be remanded in Okaka prison till the 10th of August, 2018, for hearing on bail application.