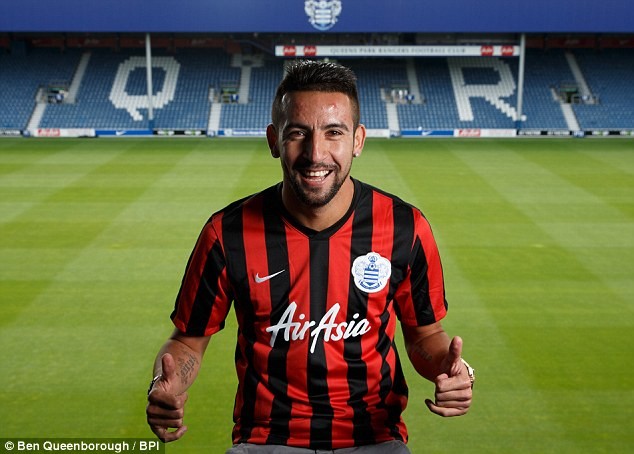 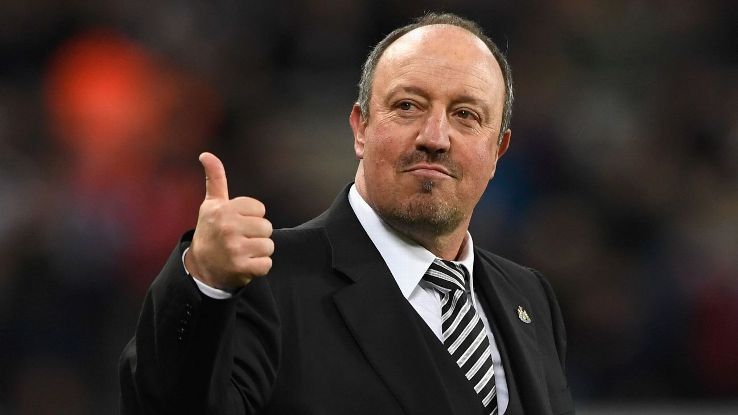 Rafa Benitez’s spell at Liverpool means he rejoins the Premier League as one of the league’s more experienced managers.

Getting promoted to the Premier League is one of the toughest tasks and biggest accomplishments in football but staying there can be just as difficult. Many a promoted side have succumbed to that challenge in their first shot of asking and those clubs will be first to attest to what an uphill battle staying in the top flight can be.

One of the biggest keys to staying up is having a manager with a defined plan and style of play and a fanbase and board that believes in that manager and is willing to be patient. Some clubs arrive in the top flight and try to play the free-flowing football that got them there, only to be left badly exposed while others who rode their defence to promotion, realise quickly that stopping the likes of Chelsea and Manchester City is a different beast entirely.

Having the right manager can be the difference between extending the party that is participating in the Premier League and the gloom and uncertain future that comes with relegation. These are the three men tasked with that challenge this season.

Previous experience: Only Arsene Wenger, Jose Mourinho, Tony Pulis and Mark Hughes can match Benitez’s longevity in the Premier League. Six years at Liverpool from 2004-2010 saw him land a Champions League title in 2005 and the FA Cup in 2006. A brief, six-month return as interim manager at Chelsea during the 2012-13 season saw him lift the Europa League, before he returned to England with 10 matches of the 2015-16 season to play but could not prevent Newcastle from relegation to the Championship.

In between times, he coached Inter Milan, Napoli and Real Madrid, having won two Liga titles with Valencia in 2001-02 and 2003-04 plus the 2004 UEFA Cup. Now 57, Benitez could hardly be more experienced, but has not led a newly promoted club since his early days at Extremadura and Tenerife.

Football philosophy: Few of his many admirers would describe Benitez as one of football’s fearless gamblers. “Control” is a leading word in his lexicon, and Newcastle were hardly the Championship’s great entertainers last season, despite finishing joint top-scorers with Fulham and Norwich.

Matches are planned out to the last detail, both in attacking and defensive terms, which can jar some players and fans. Benitez is essentially defensive in approach, an advocate of set plays, but his teams over the years have been involved in some thrilling encounters, with that 2005 UCL triumph, a penalties victory over AC Milan after a 3-3 draw, showing he can throw off the shackles when required.

Personality: Shy, softly spoken, and prone to trotting out the same pre- and post-match comments whatever the situation, Benitez still manages to exert a heavy charisma. He is also unafraid to bare his teeth, as his infamous feuds with Mourinho and Sir Alex Ferguson revealed. Benitez demands ultra-commitment from his players, which he himself more than matches from the touchline. For the second summer in succession at Newcastle, he has not taken a holiday as he prepares for the next campaign.

Public image: Though Chelsea fans treated him with disdain, Benitez has inspired devotion from fans at Liverpool and Newcastle. He has a common touch, and has involved himself in the community in both cities. At St James’ Park, his presence allows fans to set the ownership of Mike Ashley to one side. He has an approval on Tyneside not seen since the days of Sir Bobby Robson and Kevin Keegan.

Mark Douglas, author of “Inside The Rafalution”: “Rafa at Newcastle feels like the club he’s been searching for since he left Liverpool, and the manager the club’s been waiting for since the Ashley era began, certainly since Kevin Keegan left for the second time [in September 2008]. What makes him so special is that he treats the club with respect, he understands why it is so special, and he’s not just saying it for effect.

“Fans know he shares the same ambitions; he’s not just happy to be there. Every time he hits the right note. There is a bond between fans and manager that I have not seen before at the club.”

Previous experience: Hughton, 58, began his coaching career in 1993 at Tottenham, the club he faithfully served as a right-back for 13 years. A backroom figure who took a belated step forward, Hughton’s first job as a manager saw him lead Newcastle back to the Premier League with a 102-point 2009-10 Championship campaign, before being sacked by Ashley the following December and replaced by Alan Pardew, a hugely unpopular decision among the Toon Army. The Londoner Hughton had been celebrated as an adopted Geordie.

Brighton is Hughton’s third stab at the Premier League; he kept Norwich up in 2012-13 before being sacked with five games to play of the following season, and his team five points clear of relegation. Norwich subsequently went down.

Football philosophy: Hughton teams are not known for a flashing-blade brand of attacking football. He prefers to retain the 4-4-2 orthodoxy that has served him well down the years, and especially in the Championship.

Hughton’s teams are tough to beat ahead of being a free-flowing attacking team, a cautious approach that contributed significantly to his downfalls at both Newcastle and Norwich. Premier League teams that score goals are more likely to survive than those whose main priority is to avoid conceding. With a squad not much altered from his promotion team after limited spending so far, Hughton may need to have learned from those previous experiences, especially that at Norwich.

Personality: Quiet, even-tempered and rarely given to employing the usual managerial traits of blasting match officials and opponents, Hughton is something of a man apart from his contemporaries, but his longevity in the game is a tribute to the steel he hides below the surface.

Public image: Having returned Brighton to the top division for the first time since the 1982-83 season, Hughton could hardly be more popular among the club’s fans. That historic achievement saw him granted the freedom of the city of Brighton along with chairman/owner Tony Bloom, the gaming magnate who is much more the public face of the club.

Within the game, Hughton is universally recognised as one of football’s good guys, and one of its hardest-working, most studious operators.

Steven Taylor, who played for Hughton at Newcastle: “I really enjoyed having Chris as manager at Newcastle. We had a great season in the Championship. He’s still very well respected in Newcastle, he did a great job for the football club, doing what he was asked to do get the club back up. On a day-to-day basis, I enjoyed working with Chris and can speak on behalf of the squad who worked with him. He’s a great guy as well as a very good manager.” 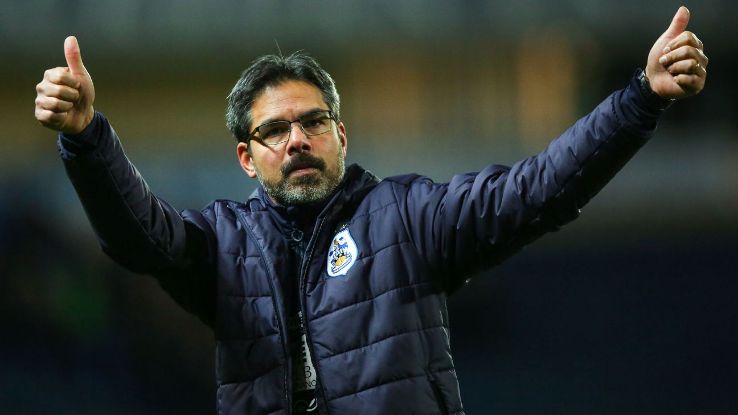 David Wagner’s pressing style and energetic demeanor will make Huddersfield a ‘must watch’ club this season.

Previous experience: When Town owner Dean Hoyle turned to Wagner in Nov. 2015, it was a step into the unknown for all parties. Wagner’s reputation in England only went as far as his four years as a member of Jurgen Klopp’s management team as the coach of Borussia Dortmund II, their reserve team. The former USA international, a UEFA Cup winner as a player with Schalke in 1997, was born in Germany the son of an American father and German mother and had never managed a club before that.

The results have been revolutionary, with Huddersfield set to play top-division football for the first time since 1972. Wagner has stepped out of Klopp’s shadow and one of his West Yorkshire club’s greatest challenges is to keep hold of their manager.

Football philosophy: Klopp’s tactical influence is apparent in Wagner’s employment of a pressing game that demands his players hound their opponents, as they hunt in packs to win the ball back, before then attacking at speed.

Wagner’s coaching acumen, a reputation gained from the wealth of talent that passed through his Dortmund II team, has led to bigger clubs’ willingness to loan players to him. Huddersfield benefited last season from having the use of players like Manchester City midfielder Aaron Mooy, Liverpool goalkeeper Danny Ward and Chelsea pair Kasey Palmer and Izzy Brown.

And his pursuit of a “Terrier mentality”, a nod to the club’s nickname, was a reflection of his belief in his squad as a collective. It held Huddersfield in good stead during their promotion campaign and particularly during the playoffs, when penalty shootouts were required to beat both Sheffield Wednesday in the semifinal and Reading at Wembley.

Personality: Bespectacled Wagner can give off the image of a hyperactive university lecturer while he prowls the touchline, kicking every ball for his team. That can boil over, as happened when he received a two-match touchline ban in February after joining his players on the field to celebrate Town’s late winner in a derby clash with Leeds to antagonise opposite number Garry Monk.When dealing with the media, he is notable for his honesty, straightforwardness and a lack of cliches.

Public image: Wagner’s cult reputation appears likely to develop far beyond Huddersfield once he is exposed by the spotlight the Premier League will bring. In the town itself, he already possesses a near-mythic status for his achievements at a club that had all but given up playing in the top division. Huddersfield’s greatest days lay in the 1920s.

Steve Wilson, Huddersfield Town supporter: “It’s near impossible to overstate the impact David Wagner has had at the club, and the reverence in which he is held by fans. He, in tandem with Dean Hoyle, a genuine fan, have completely changed the whole culture of the club.

“He told us — then showed us — that we really ought to be dreaming bigger. It was exactly what the club and town needed. He’s got his work cut out keeping us up but the fact he stayed on is probably the reason above all others that Town fans believe it can be done.”