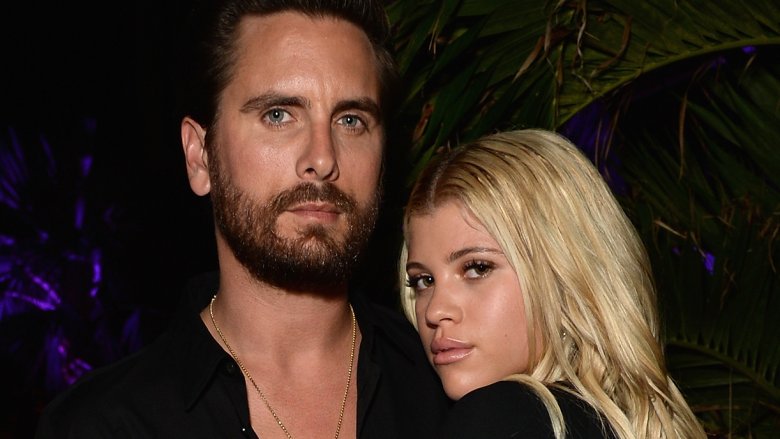 Scott Disick and Sofia Richie have called it quits.

According to an Us Weekly exclusive, published on Saturday, June 2, 2018, the 19-year-old model broke up with the 35-year-old Keeping Up With the Kardashians star after he was reportedly caught cheating.

“Sofia and Scott split up,” a source told the magazine. “He cheated on her in Miami and she found out and told [her father] Lionel [Richie]. He said he is going to cut her off and write her out of his will if she continues her relationship with Scott as he thinks he’s extremely toxic for her.”

The insider went on to say that the reality TV star’s alleged infidelity had “caused huge problems in their relationship,” but added that the two had been “trying to work things out” recently.

However, after Disick was spotted getting cozy with a mystery blonde at a listening party for Kanye West’s new album, Ye, in Wyoming last week, the source said, “That was the icing on the cake for her to break up with him.”

Meanwhile, a People source claimed that amid the breakup, “Scott seems fine. He even thinks she might change her mind. He isn’t really taking it seriously.”

As Nicki Swift previously reported, Disick and Richie made headlines when they went public with their relationship in September 2017 due to their controversial 15-year age difference.

It wasn’t long before Richie’s father publicly revealed that he wasn’t necessarily a fan of his daughter’s high-profile romance. “I’m scared to death, are you kidding me?” Lionel admitted to Us Weekly that November. In February 2018, the “Hello” singer told Australia’s Daily Telegraph, “It’s just a phase and I’m going to stand real still in the corner, get me a good drink and not make too much noise.”

Just last week, Scott and Sofia seemed to be going strong, as the model took to Instagram to share a sweet birthday message with him. “Happy Birthday babe!” she wrote on Saturday, May 26, captioning a cute snapshot of the former couple together. “Thank you for being you. Love you.”