Sask. Court of Appeal overturns ruling that would have allowed man to get daughter vaccinated against her will 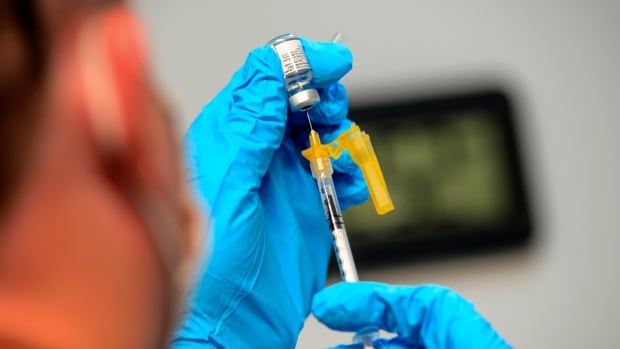 The Court of Appeal for Saskatchewan has overturned a decision that would have allowed a divorced father to have his teenage daughter vaccinated for COVID-19 against her will. The court said its decision was to save the child’s mental health, despite the vaccine’s proven physical health benefits.

In 2021, the man filed an order to the Court of King’s Bench — then-called the Court of Queen’s Bench — to allow him to get his daughter, who was 12 at the time, vaccinated against her wishes and those of her mother. Justice Michael Megaw ruled in favour of the father.

The mother appealed the decision. In a decision dated Jan. 12, the appeal judges agreed that the vaccine would help protect the girl’s physical health, but said there could be other negative health implications.

“In this case, there is a risk, albeit small, that a forced vaccination may prompt this child to self-harm, and a much greater risk that it will cause other very real psychological and emotional harm to this child,” the decision says.

“For these reasons only, in the unique circumstances of this case, this child should not be vaccinated against her expressed wishes.”

The parents are divorced. In 2014, a judge ruled they would share joint custody of their two children, but they would live primarily with the mother. The mother, as a result, was granted the final say regarding the children’s education and health.

Their daughter has Type 1 diabetes, so the father wanted her to be vaccinated against COVID-19 because she was more at risk of severe infection.

The mother, meanwhile, opposed vaccination in general and questioned the public health information about COVID-19 coming from health authorities.

She also wanted her daughter’s voice to be heard. The girl, she claimed, had formed her opinion from information she received and her own research.

The father questioned whether his daughter’s views were her own.

Megaw, the judge who gave the initial ruling in favour of the father, was also concerned about how much influence adults had over the girl, and found the child was not speaking independently. Megaw ultimately decided that the child was not entitled to make a decision on her own in this matter.

Additionally, Megaw said there was undisputable proof that Saskatchewan was in the midst of a pandemic and that the available COVID-19 vaccines were safe, so he ruled the father could vaccinate his daughter.

The girl has not received her first dose, because her mother appealed the decision.

The Court of Appeal agreed with Megaw that the vaccine would bolster the daughter’s physical health, given the continued spread of COVID-19 and the proven efficacy of the vaccine.

But the judges found two ways in which Megaw failed to account for her emotional and psychological well-being.

Megaw, in his decision, said he would review the mental and emotional needs of the child, but the appeal judges found he actually didn’t. Instead, they found he only considered whether the child was situated to make an informed decision and weighed the vaccine’s effect on her physical health.

The appeal judges also found Megaw failed to ask whether there is a risk that forced vaccination could harm the daughter’s emotional and psychological well-being, the likelihood of that risk and the potential consequences to the child should it materialize.

As a result of those errors, the Court of Appeal redid the best-interests analysis.

In the initial court case the mother noted that, in July 2021, she had brought her daughter to the hospital because she was showing signs of wanting to self-harm, following some sort of argument between the girl and her father.

Although the potential risk of self-harm may be low, the risk is nonetheless there — and potentially life-threatening, the appeal judges wrote.

Keren Epstein-Gilboa, a psychotherapist with expertise in child development and mental health, had interviewed the daughter and filed an affidavit for the initial case.

She had reviewed the daughter’s experiences with medical and other trauma, and stated that forced vaccination could open the girl up to post-traumatic stress disorder, among other potential risks, because she perceives the vaccine as a threat.

The appeal judges also noted that the child already has a rocky relationship with her father, and allowing her father to get her vaccinated against her wishes — through a court order — could cause further friction, if not destroy the relationship completely.

“We have, reluctantly but necessarily, set to one side our very real concern that this outcome could have several non-salutary consequences,” the decision says.

The Court of Appeal noted that its decision to overturn Megaw’s ruling risks being seen as rewarding “providers of misinformation or as countenancing that misguided activity,” and encouraging others to act similarly.

But the sole focus of the case is this particular child’s best interest, so the judges had to ignore other broader concerns, they wrote.

“We are hopeful that an understanding of the exceptional facts of this case will limit the opportunity that mischief will come from the result in this appeal,” the decision says.