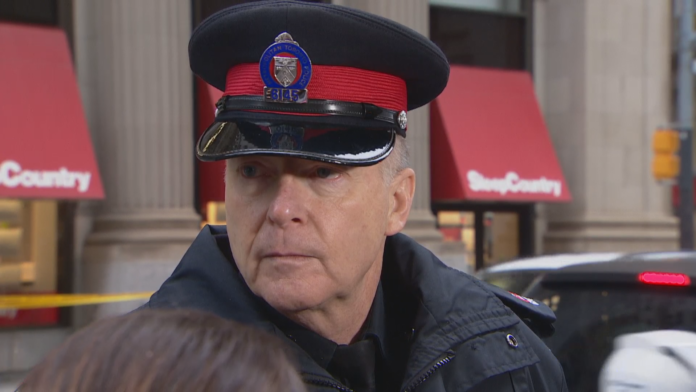 An elderly woman is dead and a man is in custody after what appears to have been an unprovoked daytime assault in Toronto’s downtown core on Friday, police say.

Police say a woman in her 70s or 80s was walking in the city’s financial district around 11:40 a.m. near the normally busy intersection of Yonge and King streets, when she was allegedly pushed to the ground, injuring her head and face.

Emergency responders quickly arrived and tried to save her, but the woman was pronounced dead at the scene, police say.

A pool of blood could be seen in front of a restaurant in the area Friday afternoon.

“The information from witnesses and video cameras is she was just simply walking along the sidewalk,” Toronto police Insp. Craig Young told reporters.

WATCH | Police speak about a deadly attack on an elderly woman: 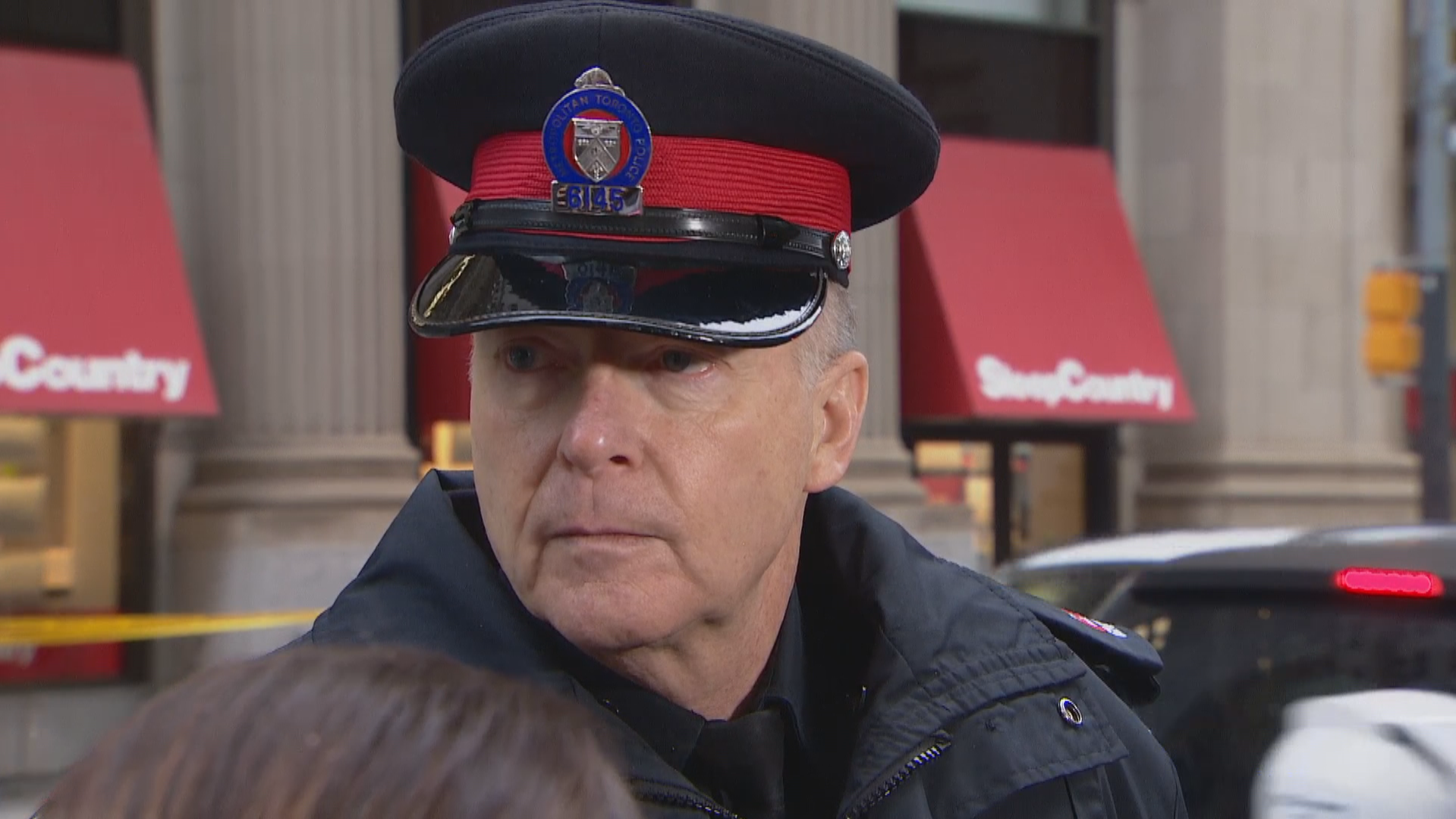 Speaking to reporters at the scene of a deadly downtown assault on Friday, Acting Insp. Craig Young said a man, believed to be in his 30s, pushed an elderly woman to the ground near Yonge and King streets. The victim died of injuries to her head. A suspect has been charged with aggravated assault.

The man, believed to be in his 30s, allegedly fled the scene, and was arrested about an hour later nearby on Richmond Street.

Police say he is expected to be charged with aggravated assault, though that may be upgraded after an autopsy determines the woman’s cause of death.

The woman’s identity has not yet been released. Police say they are still working to notify her next of kin.

‘Everybody was pretty shocked’

Hayden Johnston was working at a restaurant in the area when he heard a commotion. At the time, he had no idea what had happened.

He said he and others came outside and saw several police cruisers rush in and a man running away. That’s when he saw a police car come from the opposite direction and the man run across the street toward the restaurant, where he says police pinned the man against a building.

“They had him on the ground, loaded him up and took him away,” Johnston told CBC News. It all happened really quickly.”

“Everybody was pretty shocked.”

In a statement Friday evening, Toronto Mayor John Tory said the incident was an example of “what appears to be a random violent attack on an innocent person in our city.”

“While the facts of this specific case have not been determined and made public, we all know that we need to do everything we can to determine the root causes of such acts,” he said.

Tory also called on the provincial and federal governments to invest more in mental health and addiction treatments.He added the city must continue to support the police as he’s proposed in the most recent city budget plan.

A proposal to increase Toronto’s police budget by nearly $50 million was passed unanimously by the force’s board on earlier this month, despite an outcry from critics who said the money would be better invested in underfunded community services.