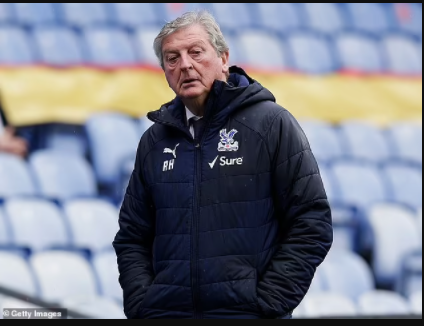 Premier League side Crystal Palace has confirmed that Roy Hodgson will be leaving the club at the end of the season. 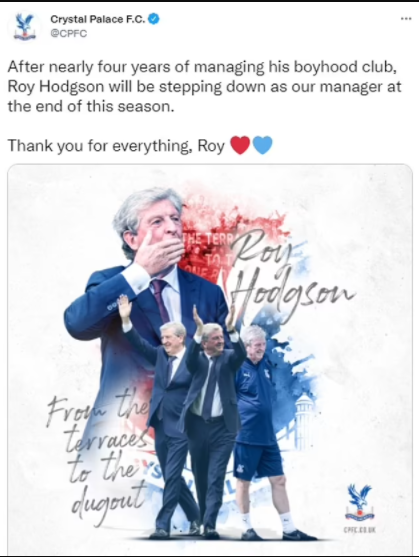 The 73-year-old, who was brought in by Palace in 2017 to replace the struggles, Frank de Boer, as manager, says he feels the time is right to step away from ‘the rigors of top-flight Premier League football’ and bring to an end his ‘responsibilities of being a full-time manager.

His final match in charge will be against his former employer Liverpool at Anfield on Sunday, May 23.

Commenting on his impending departure, Hodgson said: ‘After more than 45 years of coaching, I have decided that the time is right for me to step away from the rigors of top-flight Premier League football, so our final two matches will be my last ones as manager of Crystal Palace.

‘It’s been an advantageous period of my football life and career to have been able to spend these last four seasons with Palace.

‘I feel now that at the end of another successful season, in which we have secured our Premier League status, the moment is right for me to step down from my responsibilities of being a full-time manager.

‘I have had so much support from my wife and family throughout my career, and I have been contemplating this decision for some time, and now I believe the time is right to consider them and to see what the future holds for me.

‘I have really enjoyed my time at Palace. I have been privileged to work with an outstanding group of professional and dedicated players, most of whom have been with me throughout the four years.

‘A manager is only as good as the players who perform on the pitch. I have been fortunate that those in my charge have certainly given me that, and I thank them for it.

‘I am sure I speak for all the players, my coaching staff, and backroom team when I say I am proud of the work we have done together to retain our Premier League status during this time.’

Parish wrote: ‘It has been an absolute privilege and pleasure to work alongside Roy, who is both a magnificent human and an outstanding football manager.

‘I know how much it has meant to Roy managing the club he supported as a child, adding to his distinguished and unparalleled career in football management.

‘His record with us cannot be overstated, he is the only Palace manager to secure four years in the Premier League, and he has helped give us stability in the most turbulent of times.

‘We will be forever grateful for his immense contribution, and I am delighted that we will have the opportunity to show our appreciation at Selhurst Park after the Arsenal match, alongside 6,500 supporters.’

Hodgson started as a manager in 1976 with Halmstads in Sweden before taking charge of teams all over Europe and the Middle East.