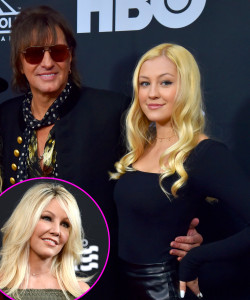 There for her. Richie Sambora made sure he was with his daughter, Ava Sambora, for Thanksgiving after her mother, Heather Locklear, was placed under a 72-hour psychiatric hold. 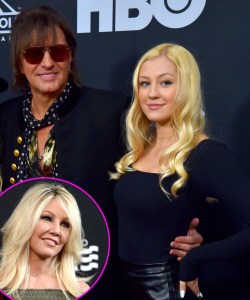 A source tells Us Weekly that the musician, 59, arrived from the East Coast on Thursday, November 22, at 2 p.m. and made his way directly to his 21-year-old daughter. The pair enjoyed a quiet, private holiday with a personal cook making a meal for just the two of them, according to the insider.

Richie, who was married to Locklear from December 1994 to April 2007, left his home amid destructive wildfires on November 8 to attend a family wedding in Atlanta, the source reveals. He then traveled to New Jersey to participate in a humanitarian concert, where he also received an award for his support of the anti-heroin movement in Ocean County.

The insider adds that the former Bon Jovi guitarist initially planned to spend Thanksgiving with his mother, who was also honored at the event, but he dropped everything when Locklear suffered another setback.

Richie tells Us, “The joy of seeing my daughter and my house still standing nearly brought me to my knees.”

Multiple reports revealed that Locklear, 57, was put on an involuntary 5150 psychiatric hold on Sunday, November 18. The Daily Mail claimed the Melrose Place alum assaulted her boyfriend, Chris Heisser. However, according to TMZ, the hold was merely a requested precaution and did not stem from a crime.

TMZ also reported that Locklear’s therapist realized the actress was having a mental breakdown and needed help, so someone called 911.

Ava was struggling with her mother’s “downward spiral” in July. “This erratic behavior is heartbreaking for Ava. She has been really sad and just down lately, out of sorts and not her usual self,” a source told Us at the time. “Richie has been a great support system for her and she’s leaning on him. … [She] just wants the old Heather back.”

Locklear was arrested in February on charges of domestic violence and misdemeanor battery after allegedly attacking a police officer following a domestic dispute with Heisser. She was taken into custody again in June when she allegedly punched a sheriff’s deputy and kicked an EMT.

Us confirmed that the medical professional, Jennifer Hayn-Hilton, filed a lawsuit against the actress.

Amid her legal woes, the Dynasty alum was hospitalized in June for psychiatric evaluation when a family member claimed she had threatened to hurt herself. She was taken to a hospital again a week later for a suspected overdose.

A source told Us in June that Locklear was “entering long-term treatment for mental health and other issues.” Another insider added: “Heather has a pretty big team giving her support. The family is hopeful this time around that she will get better whereas the many times before they were not.”