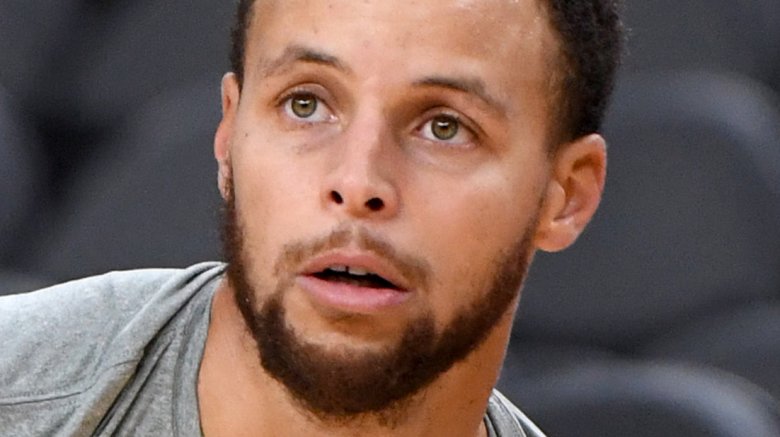 Professional basketball player Steph Curry was involved in a car accident the day after Thanksgiving.

TMZ reports that Curry got into a car crash in Oakland, Calif. on the morning of Friday, Nov. 23, 2018. According to the celebrity gossip rag, Curry was driving on the area’s Highway 24 around 9 a.m. when a car “spun out” and hit his car. Then, another vehicle crashed into the back of Curry’s Porsche.

It’s worth noting that it’d been raining, and roads were wet.

Fortunately, despite damage done to Curry’s car (CBS San Francisco noted that the Porsche’s front bumper was hanging off), no one appeared to have gotten seriously hurt during the accident. Still, an ambulance and the California Highway Patrol responded to the accident. And officers at the scene apparently took the time to take a photo with the popular basketball star, presumably after evaluating the situation and speaking to all parties involved. They posted that photo on their Facebook page.

In another post on their Facebook, the California Highway Patrol described the details of the accident and stated, “Thankfully, everyone walked away uninjured due to everyone wearing their seatbelts.” Urging drivers to use caution when driving in the rain, they added, “We would like to remind everyone to slow it during inclement weather.”

Following the accident, Curry’s Warriors teammate Klay Thompson was asked about the crash during a press conference. “I haven’t seen him. I heard he’s alright though. Hopefully.”

Curry’s NBA team, the Golden State Warriors, is scheduled to play against the Portland Trail Blazers on the night of Nov. 23. But even if Curry hadn’t been involved in a vehicular accident, he wouldn’t be playing at the game, as he reportedly has an “unrelated groin injury.” So, he’ll be sitting out.

According to CBS San Francisco, Curry’s injury stems from an incident during a game against Milwaukee in early November. Still, regardless of his injury, Curry, who welcomed his third child with wife Ayesha in July 2018, has started to participate in “light workouts” with his team.