Reunited! Will, Kate, Harry and Meghan Team Up for a Good Cause 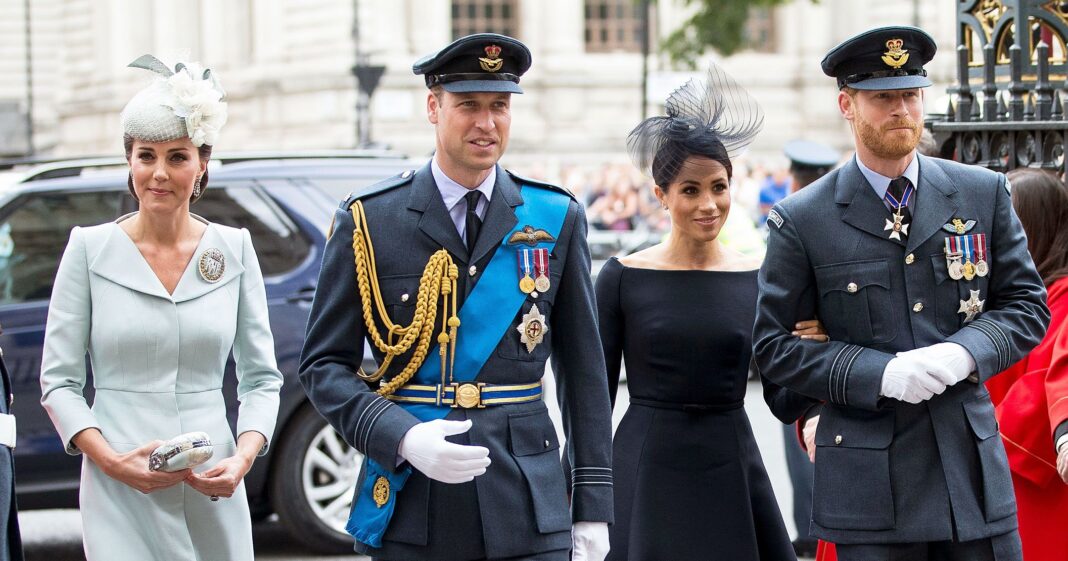 The fab four is together again. Prince William, Duchess Kate, Prince Harry and Duchess Meghan teamed up to voice a PSA for improving mental health.

“Everyone knows that feeling, when life gets on top of us,” William, 37, begins in the video for the Every Mind Matters campaign.

Meghan, 38, then introduces the new initiative.

Public Health England, in partnership with the NHS, have launched #EveryMindMatters to help people take simple steps to look after their mental health, improve their mental wellbeing and support others. pic.twitter.com/eAirA6pIpB

“But now, there’s a new way to help turn things around,” the former Suits star says. “Every Mind Matters will show you simple ways to look after your mental health.”

“It will get you started with a free online plan designed to help you deal with stress,” Kate, 37, explains.

Duchess Kate and Duchess Meghan’s Complex Relationship: Everything We Know

The statement further explained that the change was “designed to best complement the work and responsibilities of Their Royal Highnesses as they prepare for their future roles, and to better align their charitable activity with their new households.”

Before the split, William, Kate, Harry and Meghan announced a new initiative called Shout, a text messaging helpline that offers support for people in crisis.

Both William and Harry have been vocal about their struggles in the past. Kate, for her part, gave a speech about balancing motherhood and mental health at Royal Foundation’s Mental Health in Education conference in London earlier this year.

“Over the last eight years working with charities, I’ve met some of our leading experts in mental health, addiction, family breakdown, homelessness and education,” the duchess said in February. “They have taught me over and over again that the root cause of so many of today’s social problems can be traced right back to the very earliest years of a person’s life and often over generations.”

Despite reports of a royal rift between the two couples, a source told Us last month that Kate and Meghan are “civil.”

“They will never be best friends,” the source explained. “[They come] from two totally different worlds.”