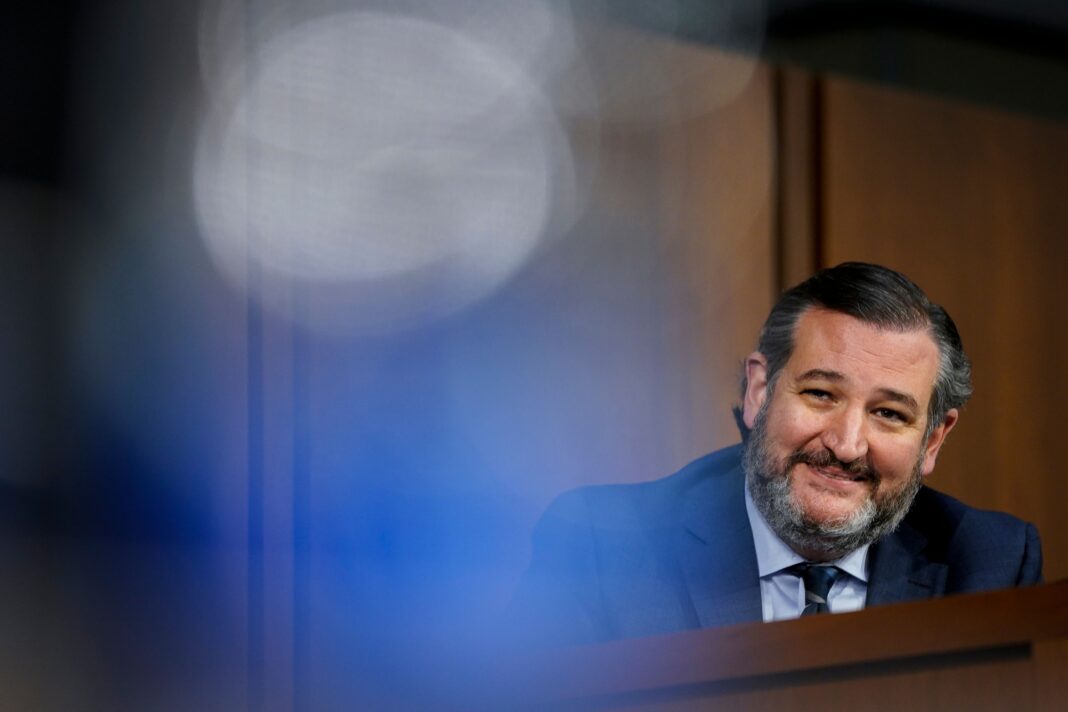 A stunning 147 Republicans in Congress voted to overturn the results of the 2020 presidential election based on lies about widespread voter fraud ― lies that, by lawmakers’ own admission, incited supporters of then-President Donald Trump to storm the U.S. Capitol in January violently.

The ultimately unsuccessful effort sought to toss out electoral votes from Arizona and Pennsylvania, potentially disenfranchising millions of Americans.

Now, many of those same Republican lawmakers are up in arms about a Democratic bill on voting and campaign finance reform that passed by a near party-line vote in the House of Representatives on Wednesday. The legislation, called the For The People Act, would effectively nullify the new wave of voter restrictions that Republicans are pushing at the state level. It faces exceedingly difficult odds of passage in the Senate.

Among other provisions, the bill mandates that states provide no-excuse absentee voting, at least 15 days of early voting, and provisional ballots; requires that states establish automatic voter registration and restores voting rights to people convicted of felonies upon release from prison in states that ban them from voting. In essence, it would maintain and expand voter accommodations that some states made during the coronavirus pandemic.

Republicans are objecting to the House bill because it would force states to adopt procedures decreed by the federal government, arguing that states should be left free to decide how they run elections. This is a principle that many Republicans abandoned in January when they sought to overturn the 2020 presidential election because they opposed state laws governing that election, which were passed in some cases by GOP-controlled state legislatures.

House Minority Leader Kevin McCarthy (Calif.), one of those 147 Republicans who voted to toss the Electoral College results, claimed that the Democratic bill would “put a thumb on the scale of every election in America.”

Sen. John Kennedy (La.), one of seven GOP senators who voted to throw out the election results, said the bill “takes all the things that went wrong in our election of Nov. 3 and makes them the law.”

But just two months ago, it was Republicans in Congress arguing that the federal government should interpret state laws in ways that would help Trump overturn the results of the 2020 election he lost.

In objecting to the election results from Pennsylvania, which President Joe Biden won by 81,660 votes, Sen. Josh Hawley (R-Mo.) argued that Congress should effectively overturn a law passed by the Republican-controlled state legislature in 2019 because, according to Hawley’s interpretation of Pennsylvania state law, it violated the state’s constitution.

“Pennsylvania elected officials passed a whole new law that allows universal mail-in balloting and did it regardless of what the Pennsylvania Constitution said,” Hawley contended on Jan. 6.

Normally, such a dispute would have been handled by Pennsylvania state courts, but no one challenged the bipartisan law after it passed in 2019. Republicans challenged it only after Trump lost the state in November 2020. These challenges failed before every judge at the state and federal level, all the way up to the U.S. Supreme Court. But Hawley still thought that Congress should ignore these decisions and that of the state legislature to impose its own legal interpretation.

When Sen. Ted Cruz (R-Texas) objected to Arizona’s election results, he did not mention any specifics about Arizona’s election laws. He instead proposed creating a special electoral commission made up of federal officials to investigate the six states where Trump falsely claimed fraud had cost him the election.

Yet on Thursday, Cruz chided House Democrats for displaying “arrogance” in advancing a bill that would exert federal standards over state election systems and, he charged, create opportunities for voter fraud.

“Today’s Democratic Party will do anything in pursuit of political power,” Cruz told HuffPost.

To Democrats, however, all this GOP criticism of the House election bill sounds disingenuous given the events of Jan. 6, when Republicans tried to erase the results of elections administered by the states even after an armed mob invaded the U.S. Capitol in hopes of forcing them to do so.

“I think that their conduct in the wake of the election disqualifies them from being experts or even responsible commentators on what democracy in America should look like,” said Rep. John Sarbanes (D-Md.), the lead sponsor of the House bill.

“They have spent the last month complaining about these state laws and how we need to have changed,” said Sen. Amy Klobuchar (D-Minn.), one of the lead sponsors of the corresponding Senate bill. “They want to have commissions look at things. Well, here’s your chance, man.”